Get the money news & money moves

In your inbox each Friday.

The gist → This week, Hurricane Dorian battered the Bahamas for 48 hours. The Red Cross said more than 13,000 homes — nearly half the number on the islands of Abaco and Grand Bahama — were damaged or destroyed. Tens of thousands of people don't have drinking water. CBS News

The move → Hurricane prep means more than batteries and water. It’s also important to know what your insurance covers — and how to file a claim. Check out our hurricane home insurance guide.

The gist → Buying a home is getting a lot less competitive, according to real estate firm Redfin. They report that just 10% of buyers faced competing bids in August, down from more than 42% a year earlier. Favorable mortgage rates, which are around 3-year lows, haven’t been enough to ratchet up competition. Bloomberg

The move → If real estate is on your radar, the time could be right to make a move. Review our house-buying how-to.

The gist → Co-writers Adele Lim and Peter Chiarelli both helped make Crazy Rich Asians a runaway hit that grossed $238M at the box office, but to write the hotly anticipated sequel, Lim was offered a payday of just $110K to Chiarelli’s $1M, a disparity that led her to leave the project after studio execs resisted negotiations. Hollywood Reporter

The move → If you think you’re being underpaid, you may have options besides walking. Make a plan to ask for a raise.

💸 Make sure you’re using the best app to send money

🐕 Make a worst-case plan for your pets

The order price over which Etsy is requiring its sellers to offer free shipping — if they want to be promoted on its homepage. Vox

The average national credit score — an all-time high, according to FICO. “At over 700, you will qualify for just about any credit at favorable terms,” said Ethan Dornhelm, vice president for scores and analytics at FICO. CNBC

The average cost of a wedding for an American couple. The Knot

The cost of the Taycan Turbo, the new electric car debuted by Porsche this week to compete with Tesla’s Model X. Business Insider

The amount tech company FullContact pays employees to take a vacation. The only stipulation (besides not answering email) is to bring back some photos. Money

The median price charged by air ambulance providers in a 2017 study of over 20K air transports; 69% of those were billed out-of-network, leaving consumers with massive bills. NYT

The amount that Keanu Reeves is owed by phone company Pacific Bell, according to one journalist’s search of California’s unclaimed property database. The Outline

I’m scared of a recession. What do I need to know before it happens? — Lisa

The biggest issue with recession rumors is that they can cause many people to shy away from investing because they are afraid of negative potential outcomes. But holding off can really hurt: For example, people have been talking about a major market correction for the last five years, but we haven't experienced anything like that. If you were waiting-and-seeing, you could have missed out on years of growth. Keep investing, and remember that when you're investing for the long term, downturns are inevitable — and cyclical. — Patrick Hanzel, Policygenius CFP® 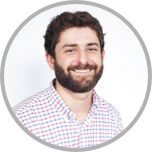 Money thing you’re most proud of: Working since age 14 and paying for almost all of college without student loans.

Best financial advice your ever got: Pay yourself first, aka budget for savings. Statistics show that if you save first and spend second, you’re going to save much more money than if you spend first and save what’s left.

#1 money tip: Plan for everything. The best financial plan is bulletproof in all scenarios.

Credit or debit? Both. It's important to build credit when you're young! Having multiple lines of credit and years of credit history are extremely important to a good credit score.

Most common money question people ask you: “Where is the best place to put my money?”

What you tell them: Most people think of investing as “gambling,” and they want the next big secret to make a lot of money quickly. But the best way to invest is to have a long-term strategy, stick to your goals, and diversify your money. Risk versus reward is always the trade off. It’s OK to take risks when you’re young, but not at the expense of your long-term goals! 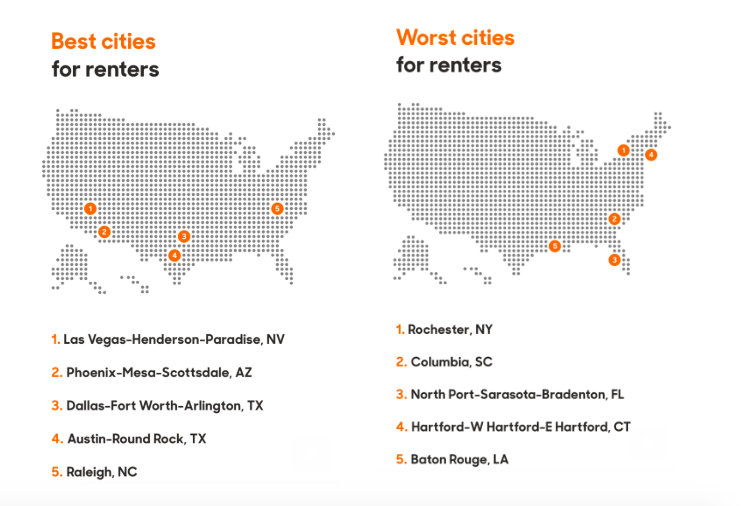 We ranked the 74 largest metro areas in the U.S. based on costs of renting vs. buying, the number of renter-occupied units, rental affordability, price per square foot, air quality and crime rate. See how yours stacks up at Policygenius Magazine.