The gist → Solar power is a safe way to save, but if panels aren’t maintained, savings can go up in flames. CNBC

The move → Do the math before you go solar. Learn more.

The "minterns" taking internships in their 30s

The gist → Lots of drivers are underinsured, and assuming your coverage is cool can cost you. News Channel5 Nashville

The move → Revisit your auto coverage to know when you’re protected — and when you’re not. Learn more.

The yield on the benchmark 10-year Treasury note, which briefly inverted for a second time this week on Thursday. CNBC

The amount rapper Lil Nas X paid for the beat he used in “Old Town Road,” the longest-running #1 song in the U.S. — dethroned this week by Billie Eilish’s “Bad Guy.” Paper

The cost of Popeyes' new chicken sandwich, which has taken the country by storm. Money Slackers

The cost of the Taycan Turbo, the new electric car debuted by Porsche this week to compete with Tesla’s Model X. Business Insider

When saving for retirement, how much do I need to worry about where I’m putting my money? — Christian

Where to invest should be a lower priority than just investing in general. Especially if you have many years until retirement, market fluctuations and corrections will affect your money no matter where it is. If your company offers a 401(k) match, you should take advantage of the full match, but other than that, the most important thing right now is to set an amount to save each month and stick to it. 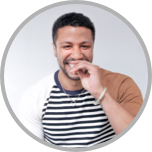 Last thing you resisted buying: A night out

How did you resist it? I took a look at my discretionary spending over the past few weeks (no bueno)

Why’d you ok the splurge? I built up enough credit card points to pay for the glasses

#1 money tip: Have tangible goals and set milestones for yourself

How many parents would pay to avoid a tantrum?