Stephanie Nieves is an insurance editor at Policygenius in New York City, specializing in home and auto insurance. Her work has appeared in Business Insider, PayScale, Fairygodboss, and The Muse.

What type of tornado damage is covered by homeowners insurance?

Does homeowners insurance cover flood damage during a tornado?

Pay attention to your coverage limits and loss settlement terms

Homeowners insurance covers your home and personal belongings from many types of tornado damage, including damage caused by wind, wind-driven rain, and fallen trees. If a tornado displaces you from your home and you’re forced to live elsewhere, homeowners insurance may also cover your additional living expenses. However, water damage from flooding that occurs during a tornado would not be covered by home insurance.

A tornado can cause significant damage to your home and personal property, and although home insurance does cover tornado damage, your insurer will only reimburse you up to the coverage limits in your policy. If you live in a tornado-prone area, you’ll want to make sure you have enough insurance to cover an entire rebuild of your home. It’s also a good idea to insure your personal belongings at their replacement cost so that you’re getting as much back for damaged items as possible.

What type of tornado damage is covered by homeowners insurance?

Homeowners insurance can help cover the cost of a home rebuild, repairs, or new personal belongings in the event they’re damaged in a tornado. But whether or not your property is covered depends on the specific cause of the damage.

Damage caused by wind and hail

Home insurance covers property damage caused by fallen trees as long as the tree fell because of a covered peril, including if a tornado uprooted a tree and it fell onto your home.

However, there are some cases where fallen tree damage and removal wouldn’t be covered. If the tree was already dead and rotting prior to the tornado taking it down, you may not be covered for the tree’s removal and any damage it caused to your home. But given the devastation a tornado can have on a perfectly healthy tree, it’s very unlikely that your insurer would be able to prove the tree fell because of age or rot and not the tornado itself.

Does homeowners insurance cover flood damage during a tornado? 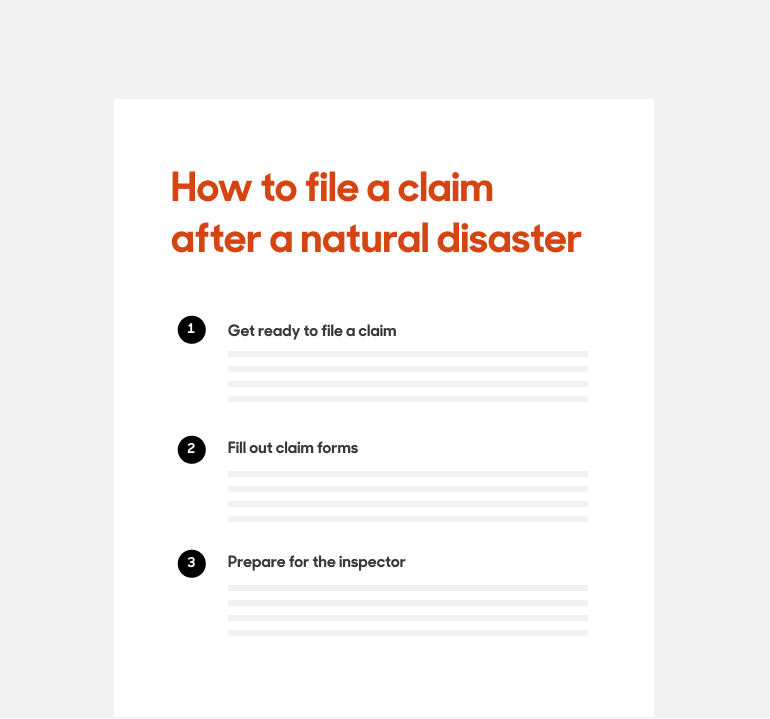 Everything you need when the worst happens.

Pay attention to your coverage limits and loss settlement terms

Your insurer will only pay for covered damages up to your coverage limits in your policy. Your dwelling coverage limit is determined by your home’s replacement cost value or how much it would cost to completely rebuild your home at current construction and labor prices (without depreciation).

If you live in a tornado-prone area, it’s especially important to make sure your home is insured up to its full rebuild cost, not its market value. Given the fact that tornadoes are powerful enough to take out entire neighborhoods, your dwelling coverage limit should be high enough to fully replace your home in the event of a disaster.

Bear in mind that tornadoes can cause even more damage than your home is insured for, especially in disaster-prone areas where the cost of construction materials and labor may become inflated after a catastrophe. If you live in Tornado Alley or any region prone to tornadoes, consider upgrading your claim settlement terms to increase your home’s coverage amounts in the event your policy limit isn’t high enough.

Coverage for personal property also has its limits, as you’re typically reimbursed for its actual cash value in a basic HO-3 policy. If you live in a tornado-prone area, consider covering your personal property at its replacement cost for more complete protection against tornado damage.

Stephanie Nieves is an insurance editor at Policygenius in New York City, specializing in home and auto insurance. Her work has appeared in Business Insider, PayScale, Fairygodboss, and The Muse.