'TBH, my social life is terrible': The high price (& perks) of big-city renting “Many of these expensive rental markets have strong labor markets with plentiful, high-earning jobs, which draw a lot of people to the area,” Sarah Mikhitarian, an economist at real estate website Zillow, says. “The influx of new, well-paid workers increases the demand for available rentals so prices are higher.”

Across the U.S., median rent has been rising at a record pace, up 2.8% over the past year to $1,445, according to Zillow data. However, it’s in the major cities that rental affordability — measured as the percentage of someone’s income that goes toward rent — is experiencing the most precipitous decline.

City dwellers pay a premium for their well-located, small digs. The average L.A. renter spends a whopping 47% of their income on rent, per Zillow. San Franciscans and New Yorkers spend 40% and 39%, respectively.

That’s a lot more than the average American renter, who spends a still-substantial 29% of income on rent. (Never mind comparing big city tenants to homeowners, who, on average, devote only 16% of their income to mortgage payments.)

Why pay such a hefty price for a lease? The attractions of urban life can’t be duplicated in small towns or rural areas, tenants in major metros say. And many of these neighborhoods are too hot for would-be homeowners. Look no further than San Francisco, where renters paying through the nose are actually making the more fiscally responsible housing decision. (For more on the cities with the smartest tenants, check out the Policygenius Renters Index.)

We spoke to renters in three of the most expensive U.S. cities about why they choose city-living.

Apartment sizes have shrunk in many fast-growing cities and housing shortages in places like Austin, Boston and Chicago have led to experiments with micro-apartments 400 square feet — or smaller.

For Andrea Vas in San Francisco, the studio apartment she now lives in could actually fit within the master bedroom of her old house in California’s Central Valley. She pays $2,000 a month for her 350-square foot pad in the lower Nob Hill area, close to the Tenderloin neighborhood.

“It’s pretty expensive,” Vas says. “I could definitely move if I wanted to — but I don’t want to.” 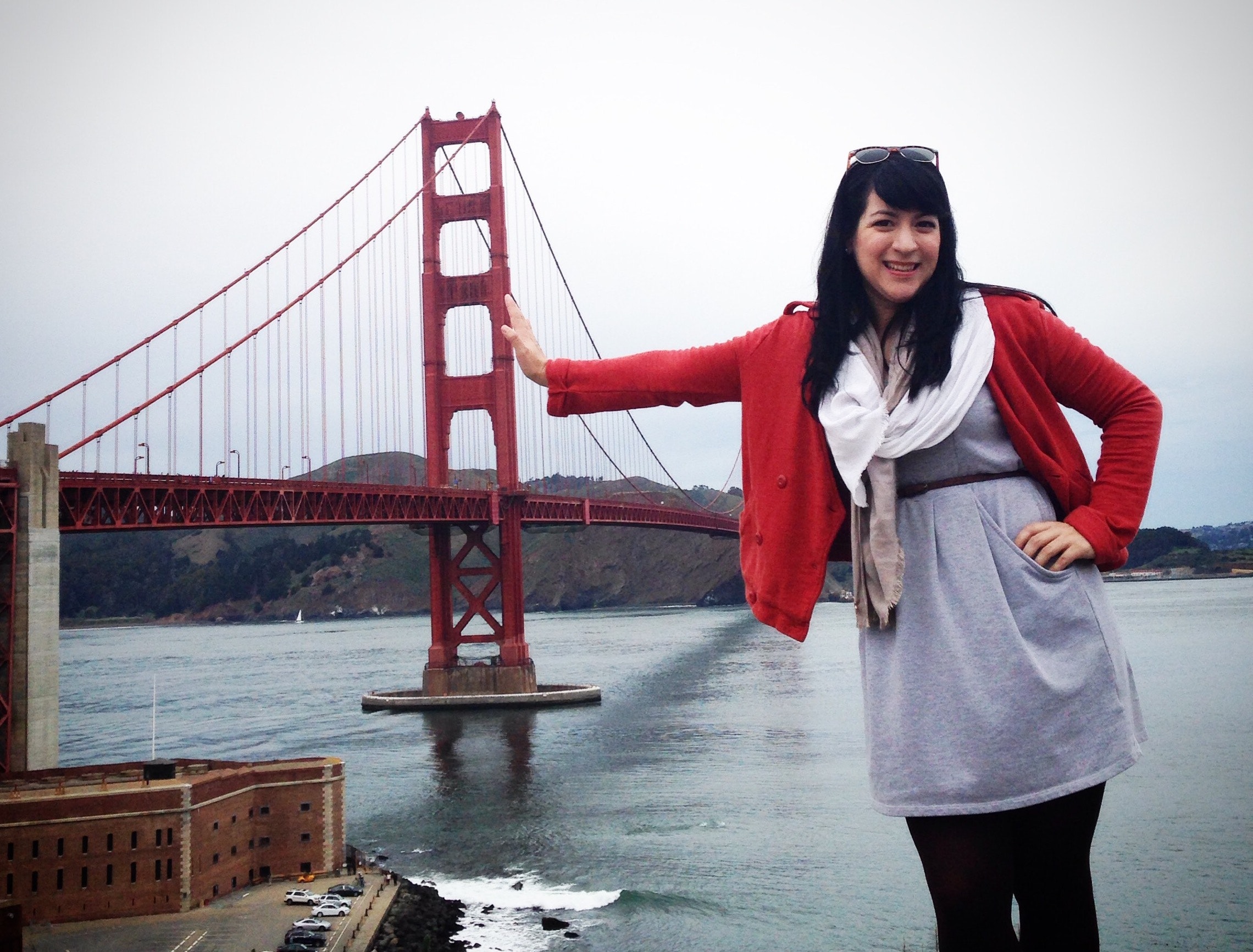 #####For Andrea Vas, the pros of San Francisco living far outweigh the cons. The location provides Vas with the access she wants. It’s very close to the city’s famous cable car lines, light rail and buses, and it’s within walking distance of the downtown shopping district.

“Everything is within a 15-minute walk, whether you want nightlife, to take the dog for a walk in the park or to use the public tennis courts,” she says. “If you’re hungry at 11:00 p.m., you can walk to any type of restaurant you’re craving.”

The 30-year-old software development consultant moved to the Bay Area in 2011 to attend graduate school at University of California at Berkeley. Her salary is a healthy $101,000 a year, including bonus, but rent still eats close to 25% of her base income.

Vas saves by foregoing a car. She doesn’t have to cover a car payment, auto insurance, maintenance, repairs or parking costs.

“Parking would be $300 a month and you usually have to get on a waitlist for a parking spot.” she says. Owning a car isn’t worth the headaches when rides on the Muni light rail lines and buses cost just $2.50. Plus, there’s always Uber.

Most of all, Vas enjoys living among like-minded people and near many of her friends.

“San Francisco has a culture that I really value in terms of inclusivity and diversity,” she says. “It’s true there’s some tech culture that is a bit homogeneous, but overall, the city has good diversity and lots of people that I identify with.”

(The Golden City actually has the financially-savviest renters in the nation. You can find out why in the Policygenius Renters Index.)

Few 19-year-olds drop out of college and quickly sign a 12-month lease on an $3,510-per-month apartment in New York City. But, for Garrison Herbst, moving into his 650-square-foot one-bedroom in Midtown Manhattan was a calculated career move.

Instead of spending roughly $24,000 a year on college tuition, room and board, the aspiring videographer wanted to dive straight into the workforce, as if learning a foreign language through the immersion method.

“Why spend four years learning through college courses and all that bulls**t, just to get spit out into the real world and be absolutely lost?” Herbst says. “My immersion was this apartment and the lifestyle I wanted. I either make it … or I’ll pack my bags and go home and try again.”

Though his apartment costs “about double what my parents pay for their mortgage for their suburban two-story home on a private lake in southern New Jersey,” Herbst views the expense as an investment in himself. 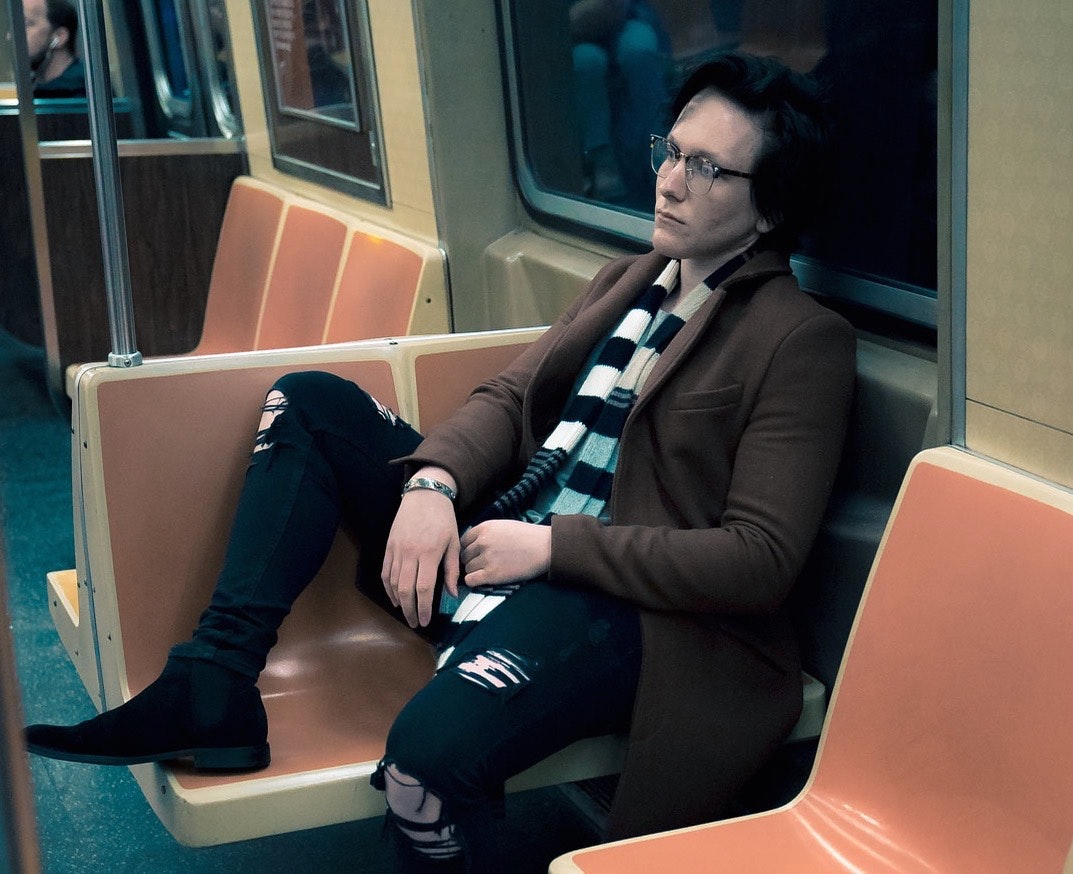 'I have a sick apartment, and that shows I’ve got to be doing something right,' says New York City renter Garrison Herbst, pictured here on the subway.

He initially tried living in a less expensive apartment. For a few months, he rented a furnished room with a shared kitchen and bath in the Bay Ridge neighborhood of Brooklyn. It was an Airbnb listing that cost him about $1,650 a month, including utilities. But soon after launching his video and social media business, Herbst landed a plastic surgeon’s office as his main client — and decided to upgrade.

“I ended up making a decent amount of money relatively quickly and wanted to use that money to get a decent-sized apartment in the heart of Manhattan,” he says.

Herbst estimates he’s on track to earn between $60,000 to $70,000 this year, though he is working hard to grow his business. He’s convinced his proximity to potential clients and business partners will help him reach his career goals more quickly.

“It sounds terrible to say, but status is huge in my opinion,” Herbst says. “I have a sick apartment, and that shows I’ve got to be doing something right. Ultimately, it makes expansion and networking easier.”

To afford his rent, Herbst cuts corners and rarely goes out.

“If I’m going to be honest, my social life is terrible,” he says. “I don’t think people realize how much money a weekend can actually cost until they start staying in and focusing on self-development.”

Los Angeles: Where hip neighborhoods are too hot for would-be homeowners

Eagle Rock is home to Occidental College and provided the backdrop for scenes in the film “Reservoir Dogs.” It’s also where Matt Damon and Ben Affleck wrote the screenplay for “Good Will Hunting.” In recent years, L.A. Weekly has named it a top contender for “America’s hottest neighborhood”.

Brady-Allen, a former public school teacher turned stay-at-home mom, moved to L.A. when she was dating her husband, a production designer.

In 2010, the couple welcomed their first child and upgraded from a two-bedroom apartment to a three-bedroom house with a yard. They considered themselves lucky to find the space listed for $2,000 a month (the market-rate rent at the time) after their first few passes on Craigslist. 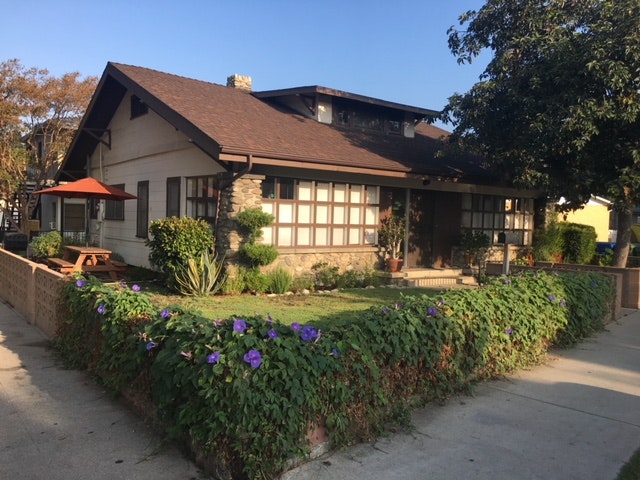 Brady-Allen's three-bedroom home in the Eagle Rock neighborhood of Los Angeles. The rental is a steal, thanks to L.A.'s rent control rule and a nice landlord.

The house falls under L.A.’s rent-control rules, meaning the landlord can’t raise the rent by more than 3% a year. Her landlord — who is “nice and enjoys reliable tenants” — has forgone even those small increases.

“If we were to move, he would certainly adjust to market value,” Brady-Allen says.

Their below-market deal is great, but it doesn’t help with a different goal: homeownership.

Eagle Rock is one of the hottest real estate markets across a nation full of seller markets. Home values in the area have gone up 11.4% over the past year and are expected to rise by 4.8% over the next twelve months, according to Zillow. Many young families renting in the area can’t afford to buy a home there.

“We stay here for my husband’s career,” says Brady-Allen. “It’s annoying because we would like to buy a house. And we could, if we weren’t limited to living in NYC or L.A.”

Dream of owning a home? We've got a few ways to save a down payment while renting. And, while we can't curb burgeoning rents in big cities, we can help you save on coverage for your stuff. You can quickly compare renters insurance quotes here.