States where Obamacare plans cost the most in 2020

How many people enrolled in an Obamacare plan for 2020?

How COVID-19 has affected Obamacare plans

States with the most & least Obamacare enrollees

The cost of a marketplace plan in 2020

The cost of Obamacare plans after subsidies

The coronavirus pandemic is now well into its third month, and the U.S. has borne the brunt of it, with more than two million cases and more than 100,000 deaths related to COVID-19. Tens of millions of Americans have also lost their jobs and their employer-sponsored health insurance coverage. But thanks to the Affordable Care Act, some of these people may be able to get coverage even while unemployed.

The Affordable Care Act, also called Obamacare or the ACA, guarantees basic health coverage and is available regardless of which state you live in. In 38 states, people can purchase an ACA plan through the federal health insurance marketplace, healthcare.gov. Twelve states and the District of Columbia run their own marketplaces, called state-based exchanges (SBEs).

But with the economy continuing to falter, and the potential for increased health care expenses due to treating the coronavirus, many Americans may find that even the Affordable Care Act is unaffordable. To get a picture of how health insurance consumers might fare in the age of the pandemic, we looked at how each state handles coverage on the Obamacare exchange: how many people are enrolled in a marketplace plan, how much premiums cost in 2020, and how much each state offers in tax credits to make health insurance more affordable.

Although the data predates the coronavirus pandemic, it provides a window into health care expenses that may allow us to predict where they’ll go after the pandemic ends.

Overall enrollment in Obamacare plans decreased steadily from 2016 to 2019, but enrollment in 2019 and 2020 enrollment held steady at about 11.4 million people. The states of California, Florida, and Texas account for nearly 40% of all ACA enrollments in 2020. And while some states have not released full data on premiums, average monthly premiums ranged from less than $400 to more than $1,000. That doesn’t factor in health insurance subsidies, though, which could bring your premiums to less than $50 in some states.

How many people enrolled in an Obamacare plan for 2020?

People who enroll in an ACA plan often do so because they do not have access to affordable health insurance from an employer. For that reason, the number of Obamacare enrollees can shed light on the general state of health insurance coverage in the United States.

Obamacare enrollment has decreased every year since President Trump took office. This isn’t very surprising since the Trump administration has sought to roll back Obamacare since his election. For example, in 2017, the Centers for Medicare and Medicaid Services (CMS), which administers Obamacare, shortened Open Enrollment by about two weeks. The agency also cut federal funding for the Navigator program, which helps people sign up for marketplace plans.

How COVID-19 has affected Obamacare plans

The year-over-year decrease in Obamacare enrollment may also point to a bigger issue with health insurance coverage in the country, an issue that may be exacerbated by the coronavirus pandemic.

The overall number of uninsured Americans also increased, even before the coronavirus pandemic. Census data shows that the rate of coverage fell from 2017 to 2018, the first decline since the Great Recession.

The fall in health insurance coverage came not only before the coronavirus pandemic but also at a time when the economy was doing quite well, according to traditional measures: national unemployment decreased, median earnings increased, poverty rates fell, and the stock market was near record highs. It also came at a time when more than half of working-age Americans received insurance through their employer; Census data shows that 62.5% of people aged 19 through 64 had employer-sponsored health insurance in 2018.

With the economy now in recession, millions of people are losing coverage. Department of Labor statistics show more than 40 million people have already filed for uninsurance benefits during the pandemic, and nearly 27 million people may have lost their health insurance according to Kaiser Family Foundation estimates. (The number of unemployed people may also continue to grow: more than one million new claims are filed each week.) This estimate may also prove low if workers who keep their employer’s insurance, perhaps through COBRA coverage, find they can no longer afford it.

Of the 13 state-based exchanges, 12 have reopened enrollment so all residents can easily buy an Obamacare plan based on their current situation: California, Colorado, Connecticut, District of Columbia, Maryland, Massachusetts, Minnesota, Nevada, New York, Rhode Island, Vermont, and Washington. Idaho, the other state with its own exchange, has chosen not to reopen enrollment.

President Trump has also said that he doesn’t plan to reopen the federal marketplace that’s used by the remaining 38 states. (Since states are largely in charge of reporting their own SBE enrollment numbers, uniform data from reopened marketplaces won’t be available any time in the near future.)

Individuals can still enroll in an ACA plan if they lose their employer-sponsored coverage, though. Anyone who loses their job has a 60-day Special Enrollment period when they can apply for a marketplace plan, even if their state uses the federal exchange.

States with the most & least Obamacare enrollees

During 2020 Open Enrollment, 38 states used the federal government’s marketplace, healthcare.gov, and almost three quarters of 2020 enrollees (72.6%) purchased a plan through the federal marketplace. The remaining 12 states (as well as the District of Columbia) run their own state-based exchanges (SBEs). SBEs accounted for 27.4% of all enrollees in 2020.

A state-based exchange is an marketplace for ACA-compliant health insurance plans, where the state runs the exchange infrastructure that residents use, instead of relying on the federal government’s exchange. SBEs give states more control over what plans are offered and when the exchange is open for people to enroll.

Three states accounted for 40% of all ACA enrollees in 2020: Florida, California, and Texas. Rounding out the top five states using Obamacare plans are North Carolina and Georgia. These five states have 48.5% of all enrollees. California is the only state in the top five that runs an SBE.

The 3 states with the most Obamacare enrollees

The 5 states with the fewest Obamacare enrollees

If you consider the states where the fewest number of people purchased ACA plans in 2020, here are the five states that use Obamacare the least, accounting for just 0.9% of all 2020 ACA enrollees:

Here are the five states with the fewest ACA enrollees, as a percentage of state population:

The cost of a marketplace plan in 2020

The cost of health insurance plans varies by state, with Vermont having the highest average premium in 2020 at $1,034 and Massachusetts having the lowest average monthly premium at $398.

Keep in mind that all data is for plans available during 2020 Open Enrollment, which was in late 2019 and predated the coronavirus pandemic. These average premiums show the price of a plan before considering health insurance subsidies, like the advance premium tax credit, which reduce monthly premiums for low-income individuals. Data does not include Nevada or Idaho since 2020 premium data was not available.

Marketplace prices also vary based on the metal tier of your plan. The four metal tiers of the Affordable Care Act — Bronze, Silver, Gold, Platinum — are based on the average amount of health care expenses that a customer would have to pay versus how much the insurer would pay.

Bronze plans often have low premiums, but you pay more out of pocket if you incur medical expenses. Platinum plans, which aren’t available in all areas, have the highest monthly premiums on average, but your insurer would cover more of your potential medical expenses. There are also catastrophic health plans, which usually have the lowest monthly premiums because they cover little (if anything) beyond the essential health benefits.

In most states, Silver plans are the most popular. These aren’t the cheapest plans but someone can only receive premium subsidies (explained more in the next section) by purchasing a Silver plan, and most ACA enrollees do receive a subsidy. The second most popular plan in most states is a Bronze plan. For anyone who doesn’t qualify for a subsidy, a Bronze plan will usually offer the lowest premium. Gold plans are usually the most expensive of these three tiers, and they are also the last popular of the three in most states.

The table below includes data for the 38 states that used the federal ACA exchange in 2020. The 13 states that used state-based exchanges (including the District of Columbia) have different reporting requirements and have not yet reported complete data. Platinum plans and catastrophic plans were omitted because they aren’t available in all counties or states.

The cost of Obamacare plans after subsidies

People who have a difficult time affording health insurance may qualify for a health insurance subsidy. The most common type of subsidy is the advance premium tax credit (APTC), which functions as a tax credit you can take throughout the year to lower your monthly premiums. (Someone can only claim the APTC if they purchase a silver plan.)

In all states — but not in the District of Columbia — the majority of people who enroll in an ACA plan also receive the APTC. However, the value of the APTC varies widely by state, based on two things: the premium of the second-lowest cost silver plan (SLCSP) on the market and the income of the enrollee. The exact premium of a state’s SLCSP depends on the plans available in that state, and Obamacare rules explain that individuals only have to pay a final premium that’s worth a specific percentage of their annual income. For example, a state may decide someone with an income of $35,000 shouldn’t be spending any more than 8% of their income on insurance premiums.

The APTC is generally available for people who have an income within 100% and 400% of the federal poverty level. Individuals with incomes below that level can usually get Medicaid instead.

States that use the APTC most 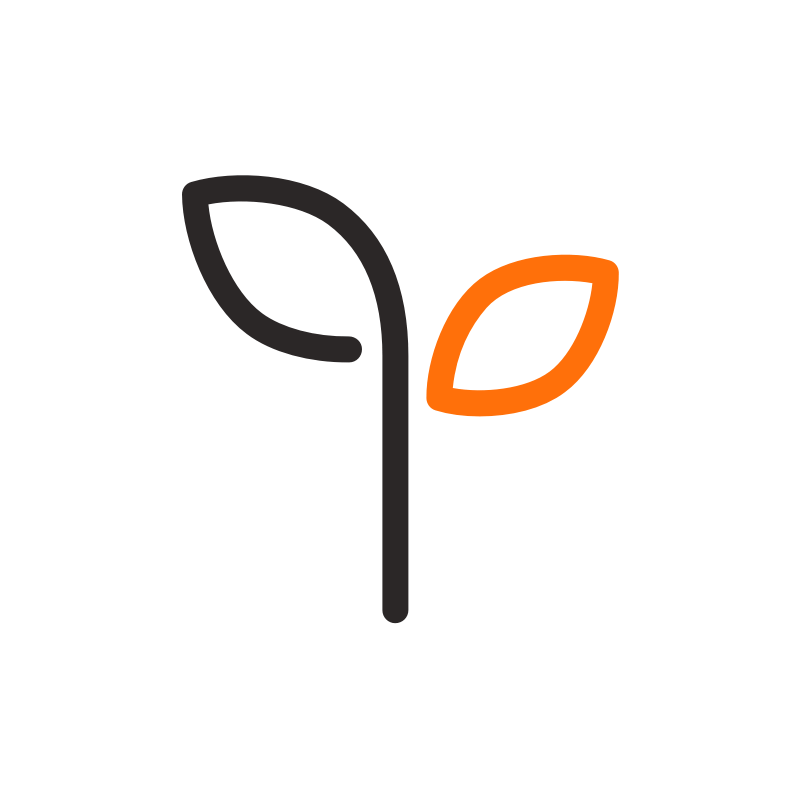 Health insurance can pay your medical expenses. Life insurance keeps your loved ones whole after you die.