Thanks to subsidies, some people are getting health insurance plans for $0 on the marketplace created by former President Barack Obama's health care law. Elaine Upshaw is not one of them. Because her state, Georgia, did not expand Medicaid, the College Park woman is actually too poor to get help paying for health insurance.

The 56-year-old doesn't make much money. The only income she and her 75-year-old husband James receive is less than $2,000 a month from Social Security. The cheapest health plan available to her on HealthCare.gov costs $678.05 a month with a deductible of $6,800, meaning she would have to pay $15,000 in medical bills (more than half her income) before insurance chips in.

Upshaw has diabetes and an overactive thyroid. She won't be able to afford medication. 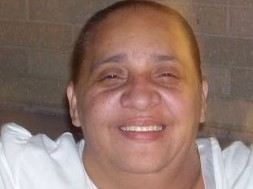 Upshaw falls into a coverage hole — her household income is about $2,200 below the federal poverty level, so she doesn't qualify for tax credits that would lower her monthly premium. Her state, Georgia, is not one of the 33 states that expanded Medicaid to cover everyone with an income below 133% of the federal poverty level. Upshaw isn't over 65 or disabled or pregnant, nor does she meet any of the other criteria to qualify for Medicaid in Georgia.

Ironically, the Upshaws reached their dire financial state — making too little to get an "Obamacare" subsidy — because of James' medical bills.

James' health problems started in 2008. Upshaw came home one day to find her husband in respiratory failure, which required him to go on life support. The Upshaws were covered by health insurance through James' job at General Motors at the time, but the cascade of health problems that followed forced him to retire in 2010 and go on Medicare. Over the next few years, James would be diagnosed with sleep apnea, heart failure and prostate cancer.

Medicare requires patients to pay a 20% coinsurance once they meet a deductible. James' medical expenses, including open-heart surgery in 2011, amounted to hundreds of thousands of dollars in bills that drove the Upshaws into bankruptcy.

"His medical issues from 2008 until now have ruined us financially," Upshaw said.

James began getting care from Veterans Affairs after his surgery, but that had costs as well. The copays from his doctors visits and prescriptions added up. The VA began garnishing James' Social Security checks when they fell behind on payments.

It finally stopped in May after Upshaw filed for a financial hardship waiver. (The VA did not respond to Policygenius' request for comment.)

The couple is now debt-free and the VA helped them find housing, but now Upshaw's health is an issue. When Upshaw stopped working because she had to take James to so many appointments, she could no longer afford her health care.

"I had to choose to pay rent or pay insurance," she said.

The couple lived in their car for a week when they couldn't afford either.

Upshaw had been relatively healthy after her husband retired. She went without insurance for a few years and began buying coverage through the Obamacare marketplace when it launched in 2013. She received a tax credit each year. During that time, her issues with diabetes and an overactive thyroid emerged.

"This year I was shocked," she said. "When I did the application to the marketplace, they said zero subsidy for my health care."

Upshaw called HealthCare.gov for an explanation. She learned her income was about $2,000 too low to to qualify for help. She could still purchase insurance, but she'd have to pay full price.

As a small consolation, Upshaw will get a letter saying she won't have to pay a tax penalty. If her income increases, she may qualify for a special enrollment period, during which she can sign up for a plan with tax credits.

So she set out to find a job to raise her income. In the meantime, Upshaw selected a plan from Ambetter from Peach State Health. She's already received a bill for the January premium of $678.05.

Upshaw said it would be difficult to leave James at home while she works. He's now legally blind and has several other medical conditions. But they agreed getting a job was important.

In late November, things were looking up. Upshaw interviewed for and got a part-time job working at a factory through a temp agency. Her daughter arrived to help care for James and work a later shift at the same factory. The job had no benefits, but she expected it would boost her income enough to qualify for tax credits. However, she had to leave the job soon after starting because her car broke down.

Upshaw doesn't have the money to fix her car. The temp agency she worked with said it would place her at another job after it was repaired. The last time we spoke, she said she was still figuring out what to do.

Her first premium payment is due Dec. 31.

This is the fifth in our series profiling real people who use the Affordable Care Act. We're hoping to put a face to the controversial law and provide an up-close look at its impact, whether harmful or helpful. We'll feature someone new each week until federal open enrollment ends on Dec. 15, so check back for more stories. If you're looking for help signing up for Obamacare 2018, visit our HealthGenius section.