Kim Rodgers-Weeks would be bankrupt without former President Barack Obama's health care law. Before the law, her family bought private health insurance to cover herself, her husband Tim, a dentist with his own practice, and their three children. Their plan didn't cover childbirth. She paid the hospital up front before giving birth to each of her kids.

"We used to always joke that we hoped our insurance never kicked in because that meant we were really sick," said Rodgers-Weeks.

The policy never paid out a dime while the family had it. They never met the $14,000 deductible. It didn't cover prescriptions. Tim paid $300 a month for cholesterol medicine.

Things changed when the "Obamacare" exchanges opened in 2013. The family got a silver plan from MDWise that cost less and covered more things like doctors visits and prescriptions.

"For us it was a really good thing," Rodgers-Weeks said.

It became crucial after September 2016, when Tim was diagnosed with bladder cancer. Until the diagnosis, he was a picture of health, Rodgers-Weeks said. Tim ran, played soccer in an adult league and practiced martial arts.

The Greenwood, Indiana, family made a comfortable living, but they nearly lost everything when Tim got sick. The cancer was advanced when it was diagnosed. Tim had to stop working at his practice. The medical bills grew.

They had to spend their savings to meet their deductible ($6,200 for the family). But their plan covered Tim's treatments until his death on July 12. 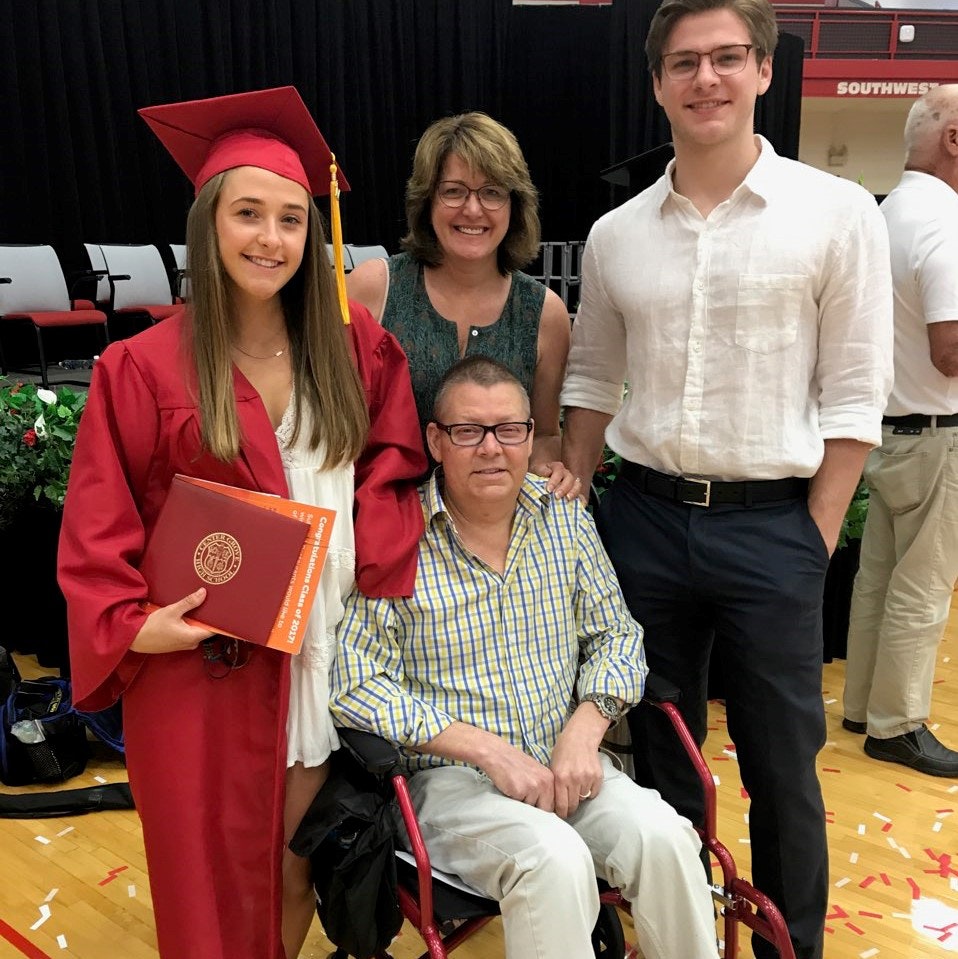 Without their insurance through the health care law, formally known as the Affordable Care Act, the family would have gone bankrupt, Rodgers-Weeks said. But the marketplace in Indiana was falling apart during Tim's last days. A few weeks before he died, their insurer MDWise announced it would leave the exchange in 2018, citing the uncertainty over the health care law's future. Anthem also announced it would leave the exchange. Together the insurers covered nearly 80,000 people through marketplace plans.

The departures left two insurers on Indiana's exchange, neither of which appealed to Rodgers-Weeks. But her husband's experience drove home that insurance is a necessity.

"I've learned very quickly you can think you're very healthy but it can turn on you," she said. "If anyone had seen my husband they would have thought, 'He's a healthy person. He can get by without much insurance. He's not going to get sick.'"

When Rodgers-Weeks shopped on HealthCare.gov, she was matched with a plan from CareSource. With a subsidy, she would pay $700 a month to cover herself and her 19-year-old daughter (her other kids are older and have health care through their jobs). That's only about $300 less than she paid when her husband and son were still on her MDWise plan. In addition, Rodgers-Weeks worried the CareSource network would be too limited. Her daughter, Maddie, is in college and would have had to come home for care.

So Rodgers-Weeks plans to forgo the exchanges for 2018. But she won't go without coverage. A friend told her about Liberty HealthShare, a health care sharing ministry offered by the Mennonite Church.

Rodgers-Weeks isn't a Mennonite, but that isn't a requirement. To qualify, members must adhere to certain values, including abstaining from alcohol and drugs and sticking to a "healthy lifestyle."

Health care sharing ministries have been around for years but have grown in popularity since the Affordable Care Act became law. Nearly a million people get health care from health sharing ministries, according to the Alliance of Health Care Sharing Ministries, an advocacy group. While they're not considered health insurance, they do provide some financial protection against medical expenses.

Members of such ministries typically pay a monthly "sharing amount," sort of like a premium. These tend to be cheaper than health insurance premiums, though their benefits, while similar to those offered by health insurance plans, are often not as robust.

Members of health sharing ministries are exempt from the Obamacare rule requiring Americans to have health insurance or pay a tax penalty (2.5% of your income above the minimum required to file a tax return or $695, whichever is greater). Unlike marketplace plans, ministries don't have to cover essential health benefits like pre-existing conditions. Members of such ministries share the expenses of medical bills, but because they are often based on religion, they may not cover services they consider unethical like birth control.

Liberty HealthShare has fairly broad requirements for new members, but many ministries expect their members to be active practicioners of a given faith. Many ask new members to agree to a statement of faith when they sign up.

Rodgers-Weeks acknowledges the healthshare ministry may not cover as much as a traditional insurance plan. However, she and her daughter are both healthy with few medical expenses. Plus, compared to the marketplace plan, Liberty would be much cheaper for Rodgers-Weeks. Up to $1 million in coverage for herself and her daughter with a $1,000 deductible would cost Rodgers-Weeks $269 a month. She or her daughter would have to get pretty sick to exceed that coverage cap, she reasons, and it's better than going without any coverage at all.

She's considered looking for a full-time job with health benefits, but wants to continue working part-time as an early college coordinator at a local high school as she settles her husband's affairs and helps care for their elderly parents. Plus, she worries few employers will want to bring on a 55-year-old woman.

"This gives us coverage," she said of the Liberty plan. "I know that my daughter will be covered if anything bad should happen."

Rodgers-Weeks followed the debate over the Affordable Care Act closely. She and her husband worried about what would happen to them if it was repealed. She's a believer in single-payer health care or at least expanded Medicare and bristles when people say government should stay out of healthcare.

"I ask them, 'Oh, so you're not going to have Medicare when you retire?'" she said.

Although she'll be exempt from the law through the health sharing program, Rodgers-Weeks thinks health care should be a right.

"I'm willing to pay more so that everybody has coverage," she said. "I don't think health care should only be available to those that are middle class or upper class."

This is the second in our series profiling real people who use the Affordable Care Act. We're hoping to put a face to the controversial law and provide an up-close look at its impact, whether harmful or helpful. We'll feature someone new each week until federal open enrollment ends on Dec. 15, so check back for more stories. If you're looking for help signing up for Obamacare 2018, visit our HealthGenius section.