What is a VIN (Vehicle Identification Number)?

A vehicle identification number, or VIN, is a 17-digit code unique to each vehicle. It tells you important information about your car, including its make, model and serial number.

How to read a vehicle identification number
Where do I find my VIN?
When do you need your VIN?

Every car has its own unique vehicle identification number, or VIN, that identifies key details about it. Contained in the 17 digits of your car’s VIN is key information about your vehicle’s make, model, and year. Your VIN even tells you where your car was manufactured.

It should be fairly easy to find your VIN, it’s printed on the car itself and on important documents, like your car’s title, your auto insurance policy and any police reports about your car. Read on to learn more about how to find your VIN and when you might need it.

How to read a vehicle identification number

The 17-digit VIN code has been standardized since 1981, so all cars built since have VINs that are structured the same way (motorcycles and ATVs also have VINs). A VIN is composed of both numbers and letters.

The first digits of your VIN identify your car’s manufacturer. The following digits describe your vehicle, including its make, model, trim level, the year it was built, details about its engine, its assembly plant and its serial number. 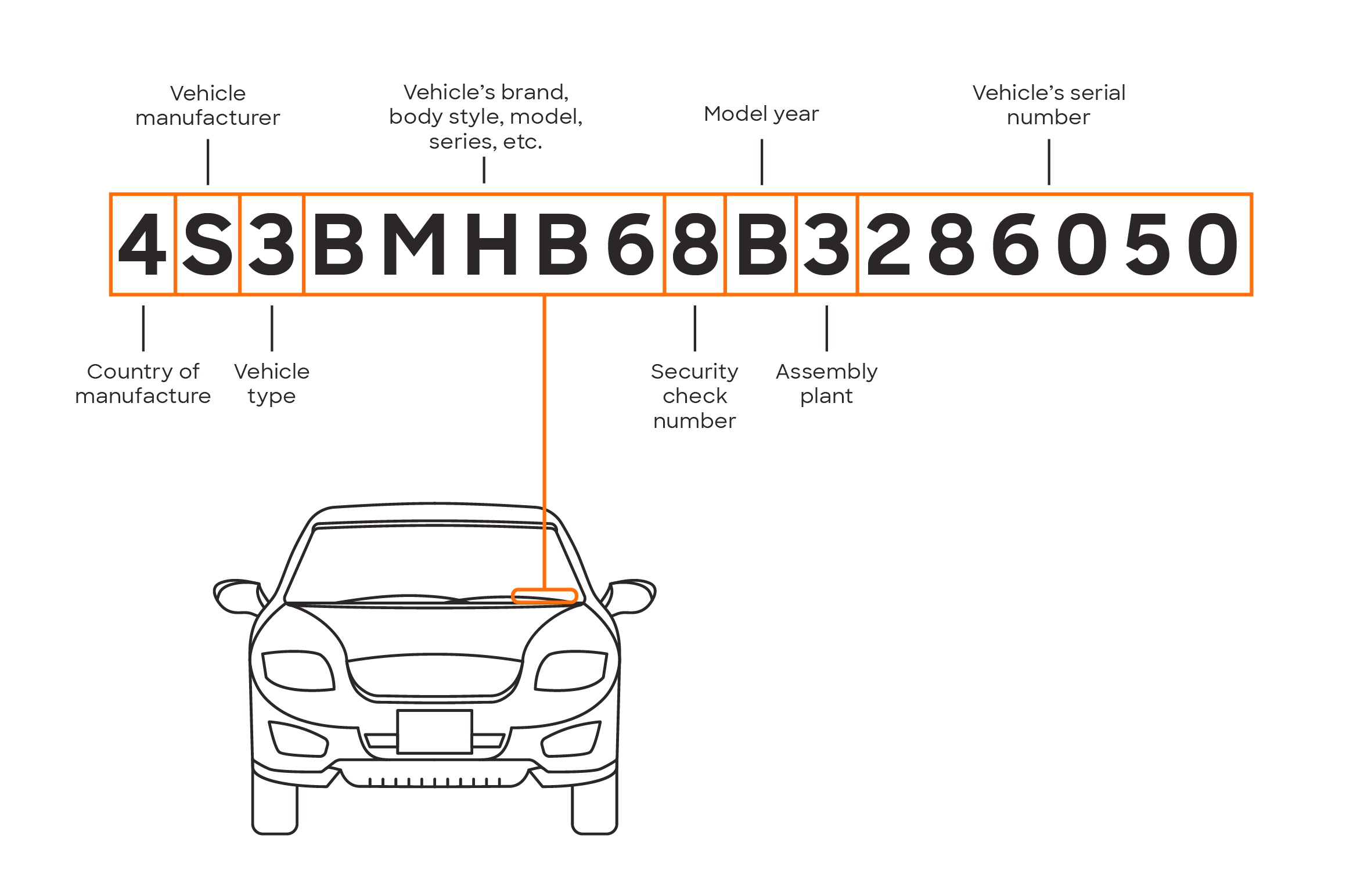 Here are what all the parts the VIN number mean, in order of appearance:

Where do I find my VIN?

There are several places to check for your VIN:

Your VIN number will also be on many documents relevant to your car, including your car’s title certificate . A car’s title is a legal document, issued by your state’s DMV, that states who owns the vehicle. Your VIN will also be listed on your auto insurance policy , and in any police reports that reference your vehicle.

When do you need your VIN?

There are a number of occasions when your VIN comes in handy. If your car is ever stolen, its VIN can be used to identify it and recover your car or its parts. When you take your car into an auto body shop for repairs, they may use your car’s VIN to help determine what specific parts it needs.

Your VIN is also crucial if there’s ever a recall of your type of vehicle — the VIN is what tells you if your car is affected by the recall or not. You’ll also need it when you’re making claims on your car warranty. And if you’re buying a used car, you can use the car’s VIN to learn more about it before you make a purchase — running a VIN check on a car before you buy it can help you find its accident history, past owners and liens and any recalls.