Can I insure a car that’s not in my name?

No, in most cases, it’s unlikely that you’d be able to insure a car that isn’t in your name. However, you can co-title a car or add someone as a named insured to your auto policy.

Can I insure a car I don’t own?

It’s not a common scenario, but there are some reasons why you might want to insure a car you don’t actually own — maybe it belongs to a family member, but you’re the only one driving it. Generally, whoever is the titled owner of a car needs to be the one to insure it. Car insurance companies want to make sure the primary policyholder has what’s called insurable interest in the car they’re insuring.

Insurable interest essentially means you have a reason to insure a vehicle. If you’re the car’s owner, the reason is self-evident: The car is your investment, so you have a stake in keeping it from being damaged or destroyed.

But it’s harder to prove your insurable interest if you don’t actually own a vehicle. When you’re trying to insure a vehicle you don’t own, car insurance companies will be wary of fraud, and be far less likely to allow you to take out a policy. But, while opening a policy on a car that you don’t own is rare, that doesn’t mean you don’t have options.

Can I insure a car I don’t own?

How to prove insurable interest

In order to prove your insurable interest, when you apply for car insurance you may need to submit your car’s registration or your car’s title, also called a pink slip, which is an official document that says who owns a vehicle. But if you don’t own a car, then it’s harder to prove to an insurance provider that you have a legitimate reason to insure it.

Barring exceptional cases, it will not be possible for you to insure a car you don’t own. However, you may have a few alternative options.

Co-titling a vehicle means you’re adding an additional owner to a car. Each state’s Department of Motor Vehicles (or equivalent organization) has specific requirements for doing this, but in order to add an owner to a car, you’ll likely need to jointly apply for a new title.

This usually involves filling out a form with the names and information of both drivers who will be listed on the title, paying a fee, and going to the DMV in person to sign the new title. If the car in question was purchased with a loan that hasn’t been fully paid off, then you’ll need to notify the lienholder and see if it’s possible to add an additional owner to the title.

But once you’re added to the title as a co-owner of a car, you’re free to get an insurance policy on that vehicle. As an owner, you can be the primary policyholder. But any other owner should also be listed on the car insurance policy.

If you live with someone and frequently drive their vehicle, say a roommate or family member, an insurance company may require you to be added as a named insured on their auto policy, or vice versa. Typically, every driver in a household should be added as named insured on a policy. You may be able to add a new named insured to your policy online or over the phone. 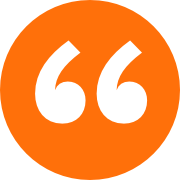 Get a non-owner’s policy, because you don’t own the car.

While you may not be able to insure a car you don’t own, if you’d like to protect yourself as a driver you can look into something called non-owner car insurance. Ideal for drivers who frequently rent or borrow cars, non-owner insurance is a kind of pared-down car insurance policy.

Policygenius home and auto expert Fabio Faschi suggests that anyone trying to figure out how to insure a car they don't own should get non-owner insurance instead. "Get a non-owner’s policy, because you don’t own the car," Faschi said. "We’d want to cover you for liability, but the vehicle itself has to be insured by the owner."

Non-owner insurance often just includes liability coverage, the backbone of most insurance policies. You can sometimes add personal injury protection, which covers your own medical expenses if you cause an accident, or uninsured/underinsured motorist coverage, which covers you if you’re in an accident caused by a driver without insurance, or whose insurance won’t cover the full extent of the damage.

But non-owner insurance doesn’t include the kind of coverage that’s designed to protect your vehicle, like collision and comprehensive coverage, because there’s no vehicle to protect. Still, if you find yourself frequently driving a car that doesn’t belong to you, getting non-owner insurance may be a more realistic option than trying to get a car insurance policy for a car that’s not in your name.

Do you need insurance to drive someone else’s car?

Can I register a car without insurance?

Depending on what state you live in, you’ll need to show proof of insurance when registering your car at your state’s Department of Motor Vehicles or equivalent agency. You typically have 30 days to send proof of insurance, which can be your insurance ID card, auto policy declarations page, or digital insurance card. Even if yours is one of the two states that don’t require auto insurance, there may still be steps you have to take before you can drive your new car.

Can insurance and registration be in different names?

Depending on what state you live in, if you’re able to prove insurance interest in a vehicle and buy a policy for it even though you’re not the owner, then the registration and insurance can technically be under different names, but for the same vehicle. But, as we mentioned, it’s pretty hard to take out a policy on a car you don’t own, and many insurance companies may just refuse to write a policy for anyone who is not the vehicle’s owner.

What is car insurance?

How to buy car insurance

The 7 best car insurance companies in 2021

How much car insurance do you need?

What does car insurance cover?

How much is car insurance?

What is car insurance?

How to buy car insurance

The 7 best car insurance companies in 2021

How much car insurance do you need?

What does car insurance cover?

How much is car insurance?

How to tell if you should buy your own car insurance.

How does car insurance work?

Car insurance is financial protection in case you cause an accident with your car, or in case your car is damaged or stolen. You pay for a certain amount of coverage, and as long as your policy is active, your insurance will kick in if needed.

How long does car insurance last?

Most auto insurance policies last six months or a year, and most policies automatically renew at the end of the policy term.

Can someone else insure my financed car?Does my car insurance cover other drivers?