What you should know about pet acupuncture In this post we help you reduce the risk of pins and needles.

"What I decided to do a while ago is work backwards about 3000 years," Dr. Steven Kasanofsky, director of Riverside Animal Hospital on Manhattan’s Upper West Side, told us. "I do integrative medicine. I do acupuncture and Chinese herbs."You might be thinking - acupuncture? For my cat? Acupuncture, which originated in China as far back as 1600 BCE, grabbed a foothold in America in the 1970s and has been growing ever since. Although critics question the effectiveness of traditional Chinese medicine, which includes acupuncture and herbal medicine under its umbrella, some veterinarians, like Dr. Kasanofsky, are embracing it as part of holistic care. "They can work beautifully. They’re forms of treatment." 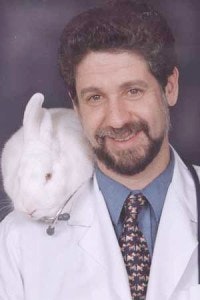 Call it what you will: holistic medicine, alternative medicine, or integrative medicine, which Dr. Kasanofsky prefers. The goal is the same: treat the entire body in often inexpensive and non-invasive ways. "Not everything has to be big and expensive," Dr. Kasanofsky told us. "At the end of the day, very often not an expensive treatment, which should make the insurance company happy, and it’s very often an effective treatment."

Dr. Kasanofsky told us the story of a dachshund, a breed well-known among veterinarians for back problems, that came into his office on the verge of needing major back surgery. The dachshund could barely use his back legs - most of the time, he dragged them behind him on the floor. Unfortunately, the dachshund’s owners could not afford the expensive surgery needed to fix the issue. What they could afford, however, was medication, cage rest, and pet acupuncture. "I would say within two to three weeks the dog was back walking about 70% normal, and within a month the dog was 90-95% normal. After two months they stopped coming because they said they didn’t need it anymore."He’s also used acupuncture to treat kidney disease in cats, a common illness and cause of death for domestic cats. "I can’t make their kidneys better," Dr. Kasanofsky admits, "but I can support them. I can decrease their nausea and increase their appetite, which makes them stronger and allows their body to fight for itself." Dr. Kasanofsky is the first to admit that he doesn’t know how much these treatments work. "You always have to ask yourself, ‘Would this just get better anyway if I did nothing?’ And the truth is: I don’t know and I don’t care. I don’t see a downside to the acupuncture. It isn’t going to hurt and I certainly believe it makes them feel better. The interesting thing about is that there’s no placebo effect. If they’re doing better, they’re doing better."Dr. Kasanofsky isn’t the only veterinarian thinking this way. When Riverside Animal Hospital started offering acupuncture eighteen years ago, they were one of two or three providers in New York City. Now, says Dr. Kasanofsky, they’re one of ten. Along with their general affordability, holistic treatments are also covered by many pet insurance plans, leaving little to no financial barrier for pet parents looking to treat their pets with integrative medicine compared to other treatments.If you’re interested in holistic treatments, it’s worth having a conversation with your veterinarian about what they offer.