How much would you spend to save your pet's life? "How much would you spend to save your pet's life?"It’s not an easy question to answer, as author David Grimm was well aware when he posed it in a recent article for Slate. When faced with a lifesaving care situation, pet owners are often surprised to find that veterinary care options are advanced, with a big price tag attached, often upwards of $5,000 (see inset graphic on the top 10 most expensive pet insurance claims). In these situations, veterinarians face a major dilemma: which do you save, the family pet or the family budget?

"How much money do you actually have to spend?"

"There are a number of different things that feed into how much people end up spending on their animals," author David Grimm told PolicyGenius. "Some of it is the type of relationship the person has with the animal. Is this animal just a pet, is it a member of the family, is it a child? I think that’s one piece of the pie. I think the other piece of the pie is how much money do you actually have to spend?" 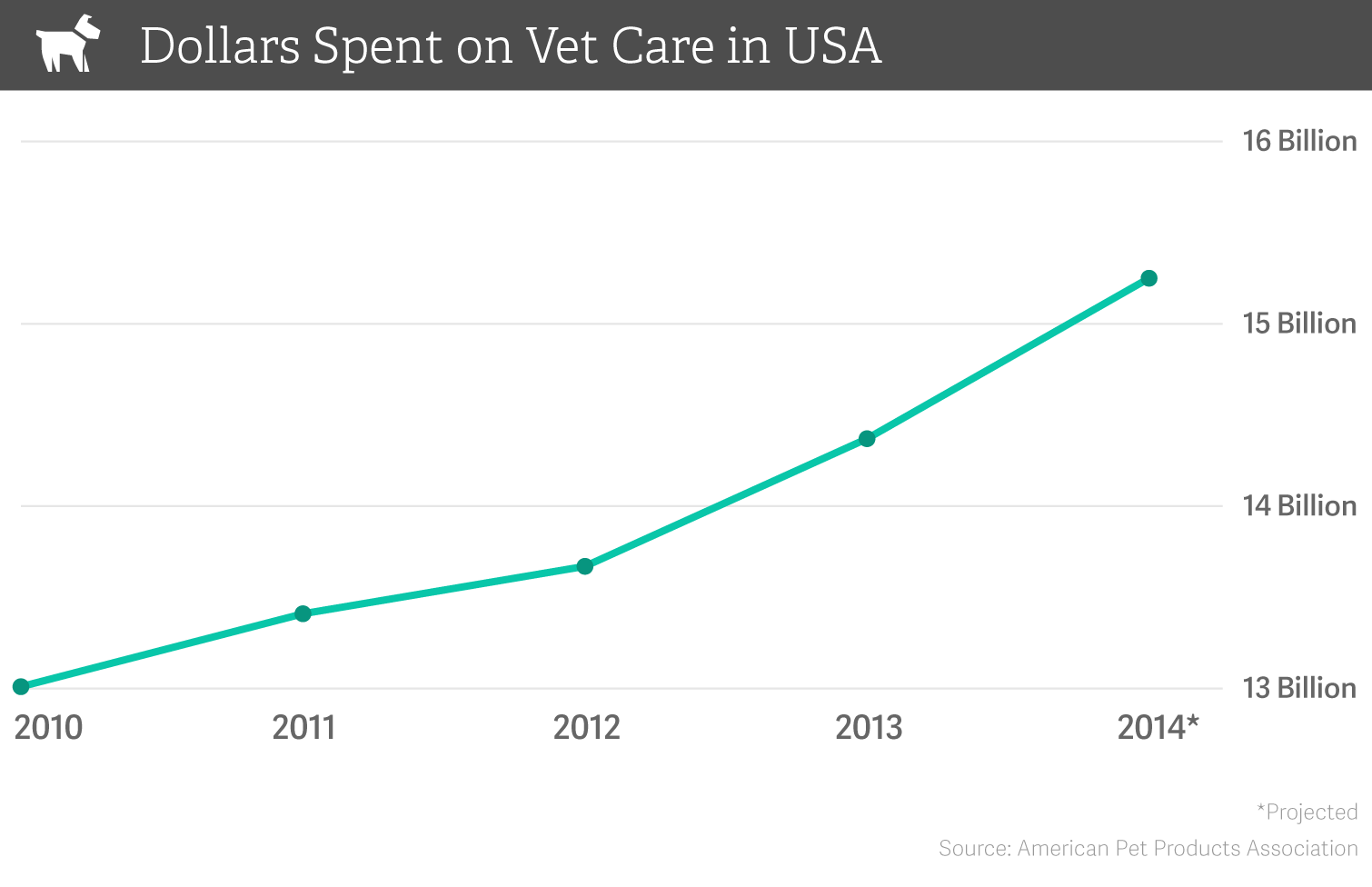 A few years ago, David’s 5-month-old kitten, Jasper, needed a life-saving kidney transplant, at a quoted cost of $50,000. "Somebody who’s lower to middle class, even if they wanted to spend that money, they couldn’t."David couldn’t afford to spend $50,000, but he could spend $3,000, which luckily was enough to save Jasper. He and his partner would’ve spent even more. "We knew that it was adding up, but even had we known that it would’ve been $3,000, we would’ve spent it. We were both coming out from being students, so we didn’t have a lot of money at the time. We did very much view this cat as a member of the family, and in some respects, as a child, even though we’d only had him for a few months. There would’ve been a limit, but at the time, for what we got - which is that we still have him - that was more than worth it."David isn’t alone in spending large amounts of money on pet health care. Pet owners will spend over $15 billion on veterinary services in 2014, up 17% from 2010. One woman David interviewed recently spent $17,000 on chemotherapy for her dog, which unfortunately only extended his life by about four months. "I think a lot of people would think that it’s insane to spend that much money to only get four more months with a dog that’s already at the end of its natural lifespan." This woman had the money to spend - she had recently bought a $100,000 car - so the extra four months with her dog were worth the money to her. "I think a lot of us just have a really hard time letting go of our animals, even if they are older. There are some people who will spend whatever it takes to keep those animals around."

The rising quality and cost of pet health care

Animals today have significantly better healthcare than they did even a decade ago. They also have become more and more a part of our families. David wrote an entire book on the subject, released in April of this year, called Citizen Canine. Subtitled Our Evolving Relationship with Cats and Dogs, the book explores our relatively recent emotional investment in our animals.

David started writing the book after "taking Jasper to the clinic and spending that money and then fundamentally realizing that I wasn’t crazy for doing that. There were a lot of other people around me doing the same thing. So part of it is me wondering how we got here, this sort of remarkable stage of Western society where we treat these animals like family and children. Where is that going? If that continues to evolve, what’s going to happen legally? Interesting questions crop up when animals stop becoming animals and start becoming more than animals, which really hasn’t happened before in human history. I think it just begs a whole lot of questions, which is really the foundation for the book."

Many of those questions are focused around pet health care. Twenty years ago, it not only would’ve been completely acceptable to euthanize a cat with cancer, it was the only real option available that would’ve saved your cat from suffering. Today, however, there are more and more life-extending options available to both vets and owners. Unfortunately, these options are often prohibitively expensive. The rising costs of veterinary care and the global economic downturn have caused an increase in "economic euthanasia," a term used to describe euthanasia chosen instead of costly lifesaving treatment. There are no national statistics on economic euthanasia, but anecdotal evidence from veterinarians describe it as rising as much as 10-12% every year.For David, an important question is whether veterinarians should mention treatments that are beyond the financial reach of the pet owner. "As an owner, you’re facing this very tough ethical dilemma. ‘Well, I could euthanize, but this is a member of my family, and the vet just gave me these other options, so now I’m going to feel guilty if I euthanize. So I should spend that money but I can’t spend that money because I don’t have that money.’ I think we’re entering this very complicated world of veterinary medicine that’s creating a lot of dilemmas for owners and veterinarians as well."

Who does the veterinarian ultimately serve: the animal or the human? For now, David says, it’s the human. But that could soon change. "Right now, cats and dogs are property, which means, for most intents and purposes, we can do whatever we want with them. If you decide you don’t want your pet anymore you can abandon it at a shelter. If you take your dog to the vet and the vet tells you it has cancer and you don’t want to deal with it or you can’t afford it, you can say let’s euthanize it and you are 100% in your rights to do that." In the future, pet health care could fall under anti-cruelty laws. For example: "if you refuse to treat an illness that’s causing pain to an animal, that’s potentially cruelty." Vets may even be able to report an owner’s refusal to treat as negligence, and have their animal taken away. "Some of these things might sound kind of far-fetched, but similar things happen with children." And some proponents of animal rights laws, such as David Favre, a Michigan State University law professor, would have pets raised to the same legal level as children.Veterinarians are working hard to bridge the gap between their dual responsibilities. "Everything has to be done reasonably," Dr. Steven Kasanofsky of Riverside Animal Hospital told PolicyGenius. "So much of it comes in discussion with a client and laying out options that are available. We can help guide them and help choose the best diagnostic plans for their pets." For the most part, it’s up to vets to figure out a way to get the best care for the animal while working within the human budget. "More than anything else, we all become a team of advocates for the pet. understand what the client’s needs are and to understand what the pet’s needs are. You can’t put everybody in a cookie cutter it’s not the same for everybody."

Pet insurance as an answer to the tough ethical dilemmas

Fortunately for pet owners, there doesn’t have to be the ethical choice of care over budget. "Pet insurance has the potential to really mitigate a lot of these issues...in terms of the raw economics of ‘I want to be able to afford the best for my pet but there are limits to what I can do because of the cost,’" Grimm told us. 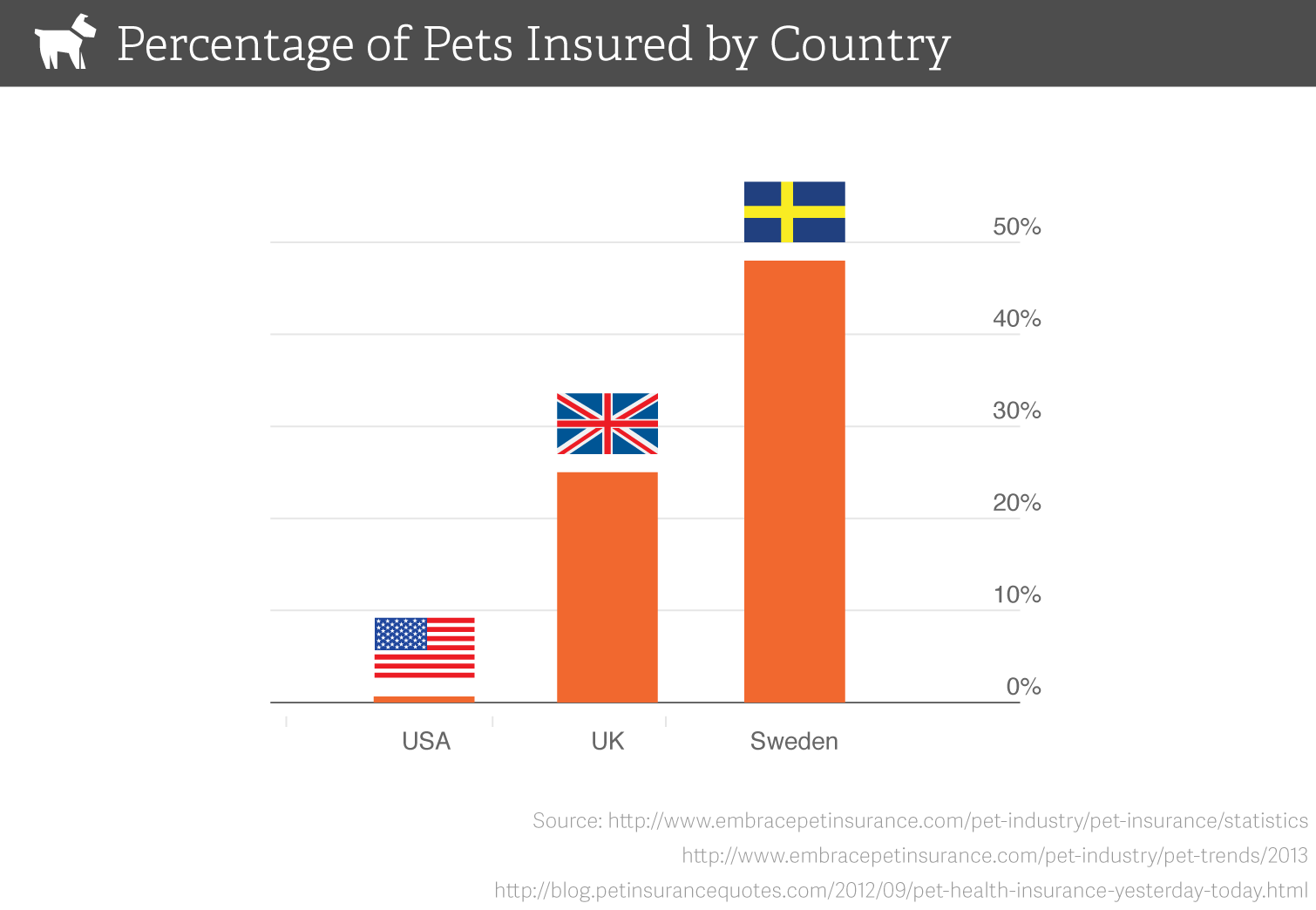 By removing cost as a factor in a pet treatment decision, the owner can avoid the ethical dilemma of economic euthanasia. A review of modern pet insurance plans reveals that the lion’s share of cost for an expensive lifesaving procedure would be covered by insurance. However, with 99% of America’s pets uninsured, it often doesn’t even enter the conversation. It’s a shame, because, with insurance, "whether that’s a cheap or inexpensive treatment becomes kind of irrelevant."

David was quick to stress that widespread pet insurance coverage would bring another existing dilemma to the forefront of owners’ minds: how much health care is enough? "Sometimes it becomes unclear, especially when we’re talking about an older animal, whether we’re trying to keep it around because it wants to be around or because we just can’t stand the thought of losing them. I do think that does happen sometimes, where we have a hard time separating what’s best for us versus what's best for the animal."Dr. Kasanofsky agrees: "It’s all about quality of life. That’s sometimes a very difficult discussion to have with clients. How do you know when enough is enough? I believe our pets tell us that and I often say when you’re doing something more for yourself than for them - then its enough."

Add your voice to the debate

For the foreseeable future, it’s ultimately up to the pet’s human to decide how far to go with health care. So let’s go back to the question that started this: "How much should you pay to save your pet?" It’s an incredibly personal question, and we want to hear your personal answers and reasoning. Where do you draw the line? How much would you pay to give your pet a few years to live? A few months? Write us a comment below with your thoughts on pet care, ethics, economics, or with a personal story about your last surprise visit to the vet. 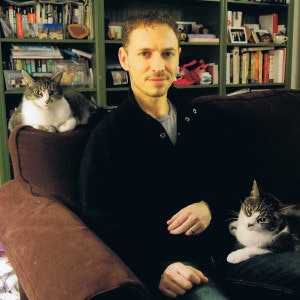 Interested in reading more about the constantly shifting role of pets in our society? David’s book, Citizen Canine, is available everywhere books are sold. When asked to describe his book to us in a single sentence, David responded, "If you ever wondered how your pet became a member of the family, and what your relationship with your pet is going to be like in fifty years, you should read this book."