In this week's Weekend Reads: Learn about the tumultuous history of Whole Foods that set the stage for Amazon's spending spree, find out how our healthcare system got to the point where Republicans just can't get a bill that will win, and discover why the Girl Scouts may be our only hope of defending against Russian hackers/Terminators/Decepticons. 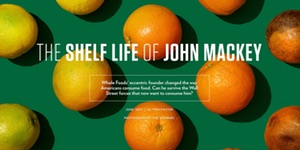 When normal people want to treat ourselves, we buy something tasty from Whole Foods. Amazon’s Jeff Bezos just buys Whole Foods. (Yes, you read that joke on Twitter already.) But it turns out there’s a lot that goes into a $13.7 billion deal! Whole Foods has had a wild 30 years, from healthy foodie store to high-end chain, from standing on its own to competing with grocery stores and Trader Joe’s. Sagging sales and a hostile takeover by a hedge fund in early 2017 set the stage for Amazon taking over the grocery industry. Considering it’s being reported that stores are already starting to slash prices to head off the Amazongrocerypocalypse (working title), it’s worth reading about how we got to this point to begin with. 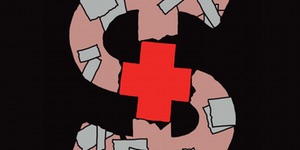 The New York TimesHow Did Health Care Get to Be Such a Mess?

Did you see that Senate Republicans released their healthcare bill, called "Definitely Not the AHCA, Please Don’t Call it the AHCA," aka the Better Care Reconciliation Act, aka the BCRA? It sure is…something, isn’t it? But anyway, like the Whole Foods scenario, it’s worth figuring out how we got here. Answer: insurance companies. And also the AMA, who has stymied any healthcare reform not centered around insurers for, like, a century. It seems like capitalism just hasn’t been the best for making healthcare available and, more importantly, affordable. Obamacare exacerbated that by creating a system centered around consumers (for obvious reasons, since a single-payer system would never have gotten enough votes). So here we are today. With another healthcare bill. This is fine. 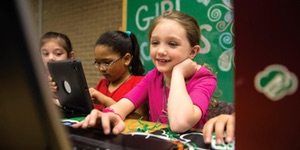 BroadlyGirl Scouts Are Training the Next Generation of Female Hackers

When you think of the Girl Scouts, what do you think of? Thin Mints, sashes, cybersecurity. Wait, what? That’s right: Girl Scouts can now get a badge in white hat hacking. Even grade school Daisies will be taught data privacy basics, making them smarter than the 80% of the country who still use "password" or "12345" as their password. Plus, it sets these girls up to potentially work in an industry woefully underrepresented by women. Hopefully the Girl Scouts will start handing out "How to make a strong password" cards complimentary with boxes of cookies, and I patiently await the Fox sitcom where the U.S. government hires a Girl Scout troop to fend off a North Korean cyber attack.Image: ChadPerez49