Happy Labor Day weekend! In this week's Weekend Reads, we flashback to when electronic upgrades weren't a part of everyday life and people actually took a stand against the Super Nintendo. Plus, just how realistic are Disney movies, and a Silicon Valley man whose inspiration goes beyond the latest app. 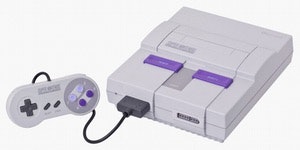 In 2016, we're all used to the concept of upgrading our electronics. Heck, in a few weeks Apple is going to have an event debuting the iPhone 7. The first one came out less than a decade ago. Video games have been that way for a while; we're on the third Xbox, fourth Playstation, and sixth Nintendo console (not even counting their handhelds). But back in 1991 this wasn't the case. Consumer electronics were relatively new, and Wired shows how the concept of "upgrading" read more like "scam" to a lot of parents when it came to trading in the NES for the Super Nintendo. It's fun to look back on and laugh, but it also speaks to how quickly our electronic environment changes. Also oh my God guys, the Super Nintendo came out 25 years ago. Now get off my lawn! 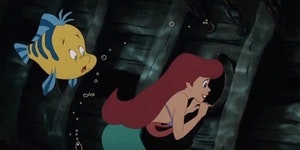 No one's ever accused Disney of being historically accurate. Like, we all know the true story of the Little Mermaid involves her feeling like she's walking on knives and then dissolving into foam. Y'know, kid stuff. But what if part of the animated film was accurate? And what if that part was...a boat? It's oddly fascinating that there's a whole group of people who keep an eye out for "gotchas" when it comes to boats in film (lookin' at you, National Treasure). And for those of you who were concerned, which statistically speaking is at least some of you, you'll be happy to know that the galleon in The Little Mermaid is mostly on the up-and-up, barring a few details like the rudder and the fork and the mermaid. 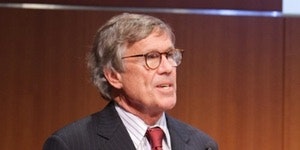 Silicon Valley is known primarily for two things: People making an absurd amount of money, and doing absurd things with that money, like making a household A.I. So it can be hard to remember that there are people doing good out there, like the appropriately-named Peter Hero. Hero recently passed away, but his legacy - namely, growing the Community Foundation from $9 million to $625 million, helping to transform an entire neighborhood, and giving purpose to people who literally have more money than they know what to do with - lives on. If that's not enough to inspire you when you're hanging out with family this Labor Day weekend, nothing is!