In this week's Weekend Reads: grown dogs don't like when you talk to them like they're babies, Silicon Valley invested $120 million into a glorified juice box, and the challenges involved in making farming near cities a viable future.

Dogs are part of our families. They’re our babies. Maybe that’s why we talk to them like babies. The good news? Puppies love baby talk. In fact, it can help train them. The bad news? It seems like grown dogs kinda hate it. Or, at least, they really just don’t care. Adult dogs are like cats in that way: just totally ignoring us and doing their own thing, while we clean up their poop. But it’s not like we’ll stop doing it, since it may be an instinctual part of our hardwiring. The only thing to do is lean into it. Start talking to grown humans like babies, too, and spray them with water when they do something bad. Grocery store, workplace, family — do it wherever you can. It’ll be fine. 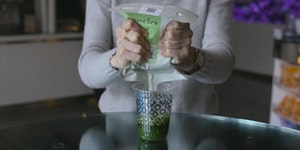 Bloomberg TechnologySilicon Valley’s $400 Juicer May Be Feeling the Squeeze

Have you ever thought "I’d really like a Capri Sun, but for adults"? So has Silicon Valley, apparently, and much has been made of Juicero, the $400 (marked down from $700!) machine that squeezes out juice from a bag using their proprietary technology. Or you can just do it by hand, which diligent reporting from Bloomberg revealed. Some choice details from this report: 1) the juice press produces enough force "to lift two Teslas," which is now a unit of measure; 2) investors were surprised that people could squeeze the bags by hand, when any sane person would, of course, try to do that the minute they saw the bags; and 3) the juicer can remotely disable your juice thanks to its internet connectivity. It’s probably too late to incorporate this into the newest season of Silicon Valley, but I imagine HBO is taking notes. 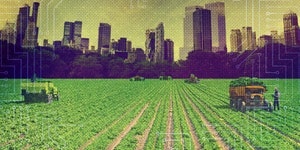 And now a Silicon Valley investment that might actually make a difference: urban farming! It seems like a good thing. Use less land, institute new technologies, provide food that’s closer to city centers. But as it turns out, urban farming — especially when it becomes ingrained in the startup way of life — doesn’t solve every problem; it contributes to urban heat islands, doesn’t carry over the same values as community gardens, and often targets the high-end Whole Foods crowd rather than low-income people who would actually benefit from fresh, healthy foods. Still, there’s something neat about Silicon Valley investors tackling something that actually matters, as opposed pumping $120 million into a juicer company or funding the next app that Facebook will copy. There are problems, but they’re problems worth solving.