In this week's Weekend Reads: How big does your apartment have to be to keep Pottery Barn in business? How many writers does it take to make a pop song? And how many deep-fried concoctions do casual dining restaurants have to give up to get #millennials to come back? 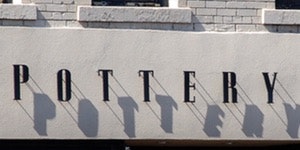 Do you want a bigger apartment? Pottery Barn wants you to have a bigger apartment, too. Turns out the chain is struggling because the tables and couches they’ve historically sold are too big for many modern apartments and could probably be rented out as their own Airbnb space. They also have to compete with their trendier sister company, West Elm, and, for some reason, T.J. Maxx. On the bright side, it looks like Pottery Barn’s newly introduced line of smaller products is selling well, but it seems to me we’re doing this backwards: instead of making housing more affordable and not shoving people into closets-turned-apartments, we’re just making our furnishings smaller? This is what happens when you don’t buy houses, millennials. 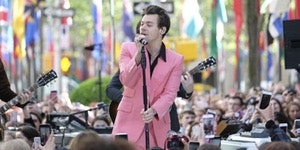 It’s "song of the summer" season, and everyone has that favorite pop song that they love to sing along to and eventually grow to hate when they can’t get it out of their heads. But did you know your favorite singer probably didn’t write that song? At least not alone. Turns out, there’s an average of over four writers behind a hit pop song. I think this is the cause of the Meek Mill/Drake beef. This is kind of a bummer in a "never meet your heroes" sort of way, because we still like to think of musicians as artists, and we don’t like to know that their biggest songs are crafted by committee. But that doesn’t mean we can’t still enjoy them! Celebrate your newfound knowledge of how the pop song sausage is made by listening to Katy Perry’s new album, or Taylor Swift’s catalogue that she put back on streaming services the same day, totally by coincidence. 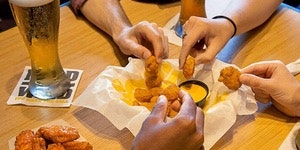 Millennials: first they ruined the sanctity of trophies with their "participation," now they’re ruining America’s casual dining chain restaurants. Places like Buffalo Wild Wings, Chili’s, and Applebee’s are all struggling because they’re failing to bring in the under 30 crowd. Why? Is it because Blue Apron and Seamless are keeping millennials from going out as much? Too much avocado toast? Faster options, like Chipotle? Or are we just no longer satisfied with 8,000-calorie deep-fried bloomin’ ranch sausage burgers, or whatever Frankenstein food is being cooked up in Outback kitchens these days? Who can say. But at least these restaurants are adapting, whether it’s with good ideas like offering more delivery options or bad ideas like rebranding as gastropubs. You’re not fooling anyone, TGI Fridays.