In this week's Weekend Reads, how working parents should deal with work, how your cooking habits match your financial habits, and how to spot the internet that's all around you! 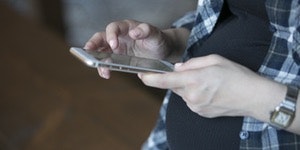 Working ParentsIs Working for Working’s Sake Hurting Everyone in the Workplace?

It's election season, which means there's a lot of talk about jobs. But workers always have their job on their mind, with issues like equal pay, parental leave, and work-life balance taking the forefront in a lot of conversations. In this interview, Sara Austin of Cosmo talks about working for working's sake - where people put in longer hours in a workplace version of "keeping up with the Joneses" even though it does do much for their productivity - and how that especially affects new parents. It's an interesting read, even more so when it's such a topic of national conversation right now. And speaking of the election, if you haven't yet, register to vote! 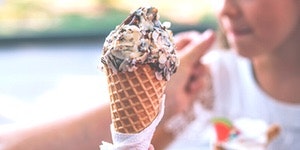 The Financial DietWhat I Learned About Money From Reading Cookbooks

Food and money are inextricably linked. One of the best ways to manage your budget is to eat out less and make your own meals more. But what if what you cook could tell you more about your finances - and your life - than you thought? Over at the appropriately-named The Financial Diet is the story of two women whose stories can be read in the meals they make. So the next time you're debating going out or staying in, or what you can whip up for dinner that's delicious and easy and affordable, think about where you are in your life and the choices you make about money, happiness, and friendship that got you there. And then settle on mac and cheese. That's usually a good life decision. 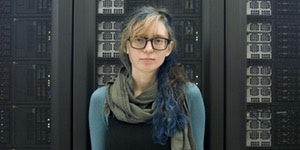 When we think of the internet, it's usually in one of two ways: As an ephemeral network of 0s and 1s or as a series of tubes. The latter is usually laughed at, but what if it isn't as far off as you think? Cities have become so networked that there's physical evidence of it everywhere, from cameras to sensors to the wires and cables themselves. The Intercept goes on a tour of these physical markers of the digital world with Ingrid Burrington, author of Networks of New York: An Illustrated Field Guide to Urban Internet Infrastructure. So read the article and, if it catches your fancy, pick up the book (either physical or digital. Up to you).