In this edition of Weekend Reads, we get you set up with all of your New Year's resolutions: Making more money! Losing weight! Eating healthier! Um...playing virtual card games? Being connected to the Internet even more often? Taking pictures of all of the dogs you possibly can with your too-limited time during the day?Okay, maybe some of those are more helpful than others. We’ll let you be the judge. 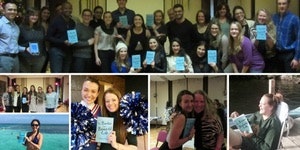 Stefanie O’ConnellHow I Tripled My Income In 2015: A Year in Breaking Broke

Finance blogs can be kind of annoying sometimes, because you’ll see advice like "You too can retire by 30 and travel the world! All you have to do is have money!" Helpful, right? Too many times you’ll see advice that’s too broad or too specific to be useful. That’s why I was worried when I saw Stefanie O’Connell’s headline. Sure, she tripled her income...and the first thing she mentions is the book she wrote. Not everyone is an author! But that’s why you have to read entire articles, folks. Stefanie definitely talks about her personal experiences, but she expands on them so they’re still relevant to other people. Back to that book example – yes, she wrote a book, but that doesn’t mean you have to: she rolls it into larger lessons about diversifying your income streams and building momentum toward your goals. So if you want practical advice on making more money, this list should be your first stop. 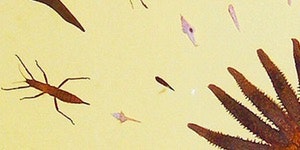 The Last Word On NothingData Dump

Losing weight is the number one resolution every year, and it’s also the first resolution that’s given up on. Fitness wearable were supposed to make this easier, but their efficacy is questionable at best. And now we’re moving past fitness bands to sports bras that track your biometrics, going from helpful to overwhelming very quickly. At this point it isn’t about the devices we’re using so much as it is what we’re doing with the data they’re giving us. Don’t get me wrong, I’ll definitely buy shoelaces that count my steps whenever that technology becomes available, but I hope I figure out what all those steps mean before that happens. 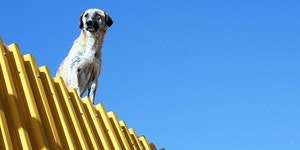 The GuardianDogged enforcers: the well-trained social media world of Dogspotting

Guys! The Internet loves cute animals! Now that that shocking revelation is out of the way, let’s talk about cute animals. Specifically dogs, and specifically the...sport?...of Dogspotting. Here’s what you do: take a picture of a dog, and then post it online, and then you’re done. But you’ll be sharing it with over 87,000 people in the Dogspotting Facebook group. You get awarded points, and they even held a "playoff" late last year. So whether you have a competitive edge you want to keep sharp, or you’re already taking pictures of strangers’ dogs anyway so you figure putting them online with other strangers is less weird than just keeping them on your phone where they aren’t doing anyone any good (and certainly aren’t winning you any playoffs!), you should join in on the fun! And heck, maybe Dogspotting will be on ESPN some day. It wouldn’t be anymore out of place than e-sports or poker. 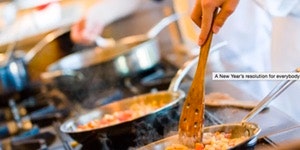 Learning to cook is one of the best catchall resolutions you can have. It’s healthier than eating out, it’s cheaper than eating out, it’s a hobby, it can be a social event. So why don’t more people do it? Because it’s hard! Or, at least, people think it’s hard. But if you know where to get started you can be a regular Swedish Chef in no time. A few staple recipes, a few basic pots and pans, and some simple recipes are all you need. Vox’s Todd VanDerWerff gives his beginner tips – and he went from unemployed to being cited in Weekend Reads! If that’s not an endorsement to get in the kitchen, I don’t know what is. 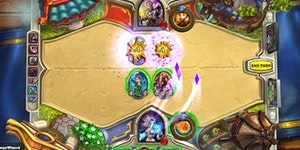 Hearthstone is a digital card game that is a whole lot of fun if you a) like card games, b) enjoy strategy games, or c) have literally nothing better to do in your life. It’s addicting; you can easily sink hours into it, and since it’s also available on mobile devices, it can be with you all of the time. It likely won’t make you better at your job or make you a better parent or give you lasting, life-changing qualifications. But it’s really fun. And that makes Hearthstone an excellent subject/metaphor for using your time wisely, tackling new goals or skills or projects, and how easy it is to lose track of almost everything these days. 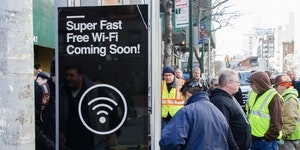 Phone booths haven’t been relevant for basically this entire millennium, but in New York City they’re getting a facelift in the form of LinkNYC access points, providing free wi-fi, charging ports, and, of course, ad displays around the city. The first of these hubs was installed just before the new year. This might seem like New York bias – it’s one city, what do the rest of you care? – but it could mean a lot more in the big picture. If free, fast Internet becomes more commonplace, it can help students, entrepreneurs, and low-income people connect to the rest of the world without worrying about things like data plan limits. So this is just the start, but it could be the start of something much bigger.