In this week's Weekend Reads, how to time your marriage just right (for tax reasons, obviously) and all the great financial benefits you're missing out on by not getting hitched.Plus, how fans are taking back Star Wars; more companies are trying to be Uber, but not for cars; the long, winding path of the Amazon Echo; and a Twitter campaign gets hijacked, again. 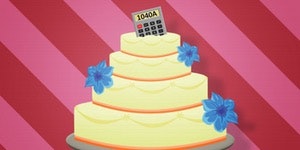 LifehackerThe Best Time to Get Married, Depending On Your Taxes

Tax Day has come and gone, so it’s time to think about the second most important day of the year – your wedding day! As we all know, your filing status depends on whether or not you’re married, and it can have a big impact on how much you pay every April. Sometimes you can get big tax breaks, but other times it can push you into a new tax bracket and you can get a surprisingly large bill. Kristin Wong over at Lifehacker breaks down different matrimonial scenarios and if they’ll give you a bonus or a penalty. You have a lot of things to think about when you pop the question, so read this guide and whether or not you’ll be eligible for a principal residence gain exclusion after marriage won’t be one of them. 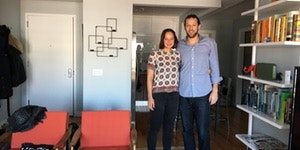 NPRFor Couples Skipping The Ring, It Pays To Plot Out Finances

Because nothing goes with romance like talking about money, here’s a followup article on love and finances. We just learned that when you get married matters a lot to the IRS (and probably your grandma or whoever). But what about if you just don’t want to get married? Maybe you’re a #Millennial who’s too lazy to eat cereal, nevermind go down to the courthouse or plan out an entire wedding, or maybe you just don’t want to be tied down by the constraining norms that society imposes on us. But, y’know, you still want to move in together and stuff. Well, being unwed complicates things. And by "things" I mean owning a home, contributing to bills, getting tax benefits, receiving inheritances, making medical decisions on someone's behalf, sharing insurance, and more. Is it fair that married couples get a ton of benefits that unwed couples don’t just because they have a marriage license? Maybe not. Is it weird that until this year it was technically illegal for unmarried couples to live together in Florida? Definitely yes. 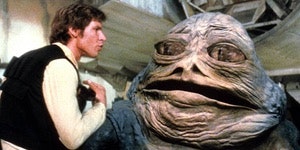 Star Wars. Maybe you’ve heard of the film series. Heck, maybe you’ve even seen it. But which versions have you seen? The originals? The "Special Editions" where Han shoots second, Jabba is tiny, and this CGI thing walks in front of the camera for some reason? The later, even-more-specialer editions with Hayden Christensen digitally inserted into Return of the Jedi? There have been a lot of different versions of the Star Wars films released over the years, and they’ve been disappointing to everyone not named George Lucas. Luckily this is the internet and no perceived slight to a fandom goes unpunished for long; people have been hard at work on releasing legally-grey "despecialized" versions of the films for a while now. It speaks to the popularity of Star Wars, sure, but also to the complexities of the remix culture, fanfiction, and how the internet affects pop culture, Star Wars and otherwise. So even if you’re more of a Trekkie, your favorite series probably isn't safe from the online masses (for better or worse). 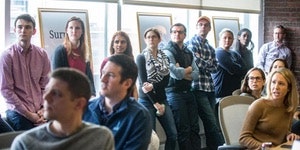 The Boston GlobeUber for MBAs is a worrying sign

"Uber of X" is an annoying thing people say in 2016, and if you think it stops at food delivery and handymen, well, you don’t know Silicon Valley. Or, in this case, Harvard Business School, where HourlyNerd, the "Uber of consulting," was born. Instead of bringing on big consulting firms like McKinsey or PwC to tell them how to solve their business woes, companies now have the option to use companies like HourlyNerd as on-demand consultants. Is this a good thing? A bad thing? A thing that won’t impact most people? Hard to say, although for now it doesn’t seem like there’s a lot of crossover between the kinds of jobs you’d use HourlyNerd for versus what you’d hire a large firm for. Still, it’s more proof that you can attempt to Uberize anything, and we’ll probably see a lot more billion-dollar valuations for "Uber of X" companies before investors realize it’s not a valid replacement for an actual, profitable business strategy. 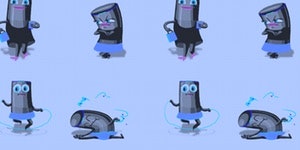 BloombergThe Real Story of How Amazon Built the Echo

When you think "computers you can talk to," you probably think of Siri or Cortana or Joshua, the computer from WarGames that loved to play casual games of Global Thermonuclear War. But the Amazon Echo has become a success, with spinoffs Dot and Tap hitting the market, and the story behind it is pretty interesting. Lab126, where Amazon invents both hit products and terrible messes, also know as Kindles and Fire Phones, went through quite the rollercoaster with the Echo: it started as an augmented reality tool, transformed into a speaker, and now has the ability to turn into the hub of your smarthome. Once you have a smarthome. In the meantime, use it to order even more stuff from Amazon on a whim, because the one thing we all need is to make it easier to two-day ship a 30-pack box of Skinny Pop. 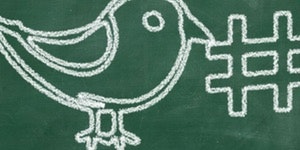 There’s been a lot of talk about technology and encryption recently, for good reason. The fight was bound to make its way online soon enough, and the NYPD and Manhattan district attorney helped it along with a Twitter campaign using "#UnlockJustice." But if you know anything about online campaigns, it’s that they’re going to get hijacked. Quickly. (Don’t believe me? Just ask Boaty McBoatface.) And sure enough, that’s what happened. Besides the fact that someone didn’t do a Google search to find out that #UnlockJustice was already being used by the Friends Committee on National Legislation to highlight criminal justice reform, it was quickly overtaken by people who oppose the government’s desire to access encrypted devices. The debate over encryption legislation is far from over, but I think it’s safe to say hashtags won’t be in the mix going forward.