In this week's Weekend Reads, John Oliver teaches you everything you need to know about money, California is the best state to be a working mom, and student loan debt might be good for you in the (really, really) long run! 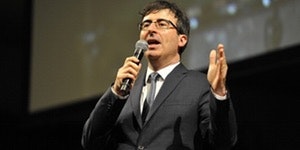 We like to add a little entertainment to our financial advice: some (usually) funny jokes, a few colorful pictures, a lot of gifs, and so on. That's why it's great to see John Oliver, who is undoubtedly entertaining, dole out financial advice fairly frequently on Last Week Tonight. Payday loans, index funds, retirement planning - nothing is off limits. We were big fans of his comments about fiduciaries. Wisebread has gathered a best-of list of Oliver's financial tips so you can find them all in one place. Let's be honest, you were just going to go hunting for them on YouTube anyway, so this saves you a little time. 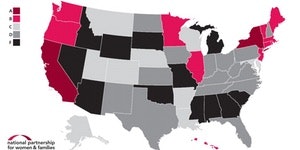 Are you a mother? Do you still want to work? Is it silly that that still has to be asked because of the restrictions placed on women in the workplace? As longtime readers - or at least week-old readers - will remember from last week, we talked about the causes of gender pay gaps. One was the challenge of working while needing to devote time to things like a baby. Luckily some states are better for mothers than others, with revolutionary ideas like paid parental leave. California, the best state for working mothers, also benefits from private companies like Netflix and Apple who are pretty progressive when it comes to accommodating family in general and female workers in particular. But if you don't live in the Golden State, this map will at least show you how your own state fares (the South is...not great). 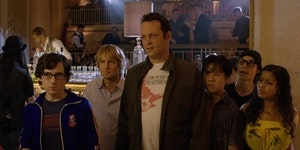 For most students, the goal of college isn't preparing for the real world anymore. It's getting out of there with less than a billion dollars in student loans, which I think is the latest approximation of debt per student. So what could make Caralynn Lippo want more student loan debt? The fact that she avoided relevant-but-unpaid internships in favor of paying jobs that allowed her to graduate with minimal debt. That's made a tough go of finding a job that she actually wants now that she's graduated. Have we a approached a Schrodinger's Cat version of higher education? Until you graduate, you have both accumulated a crippling amount of debt and avoided a crippling amount of debt but wasted 4+ years of your life. Which will it be? Find out in the real world!