In this week's Weekend Reads, find out how to fund your retirement with gold without needing to be a leprechaun.Plus what Twitter means for the future of the NFL, why $5 is the new go-to price for artists, how Instagram is ruining the lives of the rich and fraudulent, how the big grammar change to the Internet affects you, and everything you wanted to know about Google's new CEO. 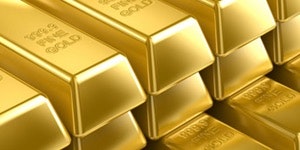 Planting Money SeedsHow to Use Gold in Your IRA

Are you someone who wants to work until you die and never wants to retire? If so, that’s weird and you can ignore this. If you’re a normal person who wants to live out your golden years in literally any place that isn’t a cubicle, you should invest in an IRA! They’re a really important tool for saving for retirement, and they also have great tax benefits. And it turns out it’s not just boring old stocks and bonds that make up an IRA – you can even include gold in your retirement plans. Planting Money Seeds has the basics on how to get started, and the best part is including gold in your IRA seems easier than carrying it around as bars in a briefcase or burying it and trying to remember where you put the map. 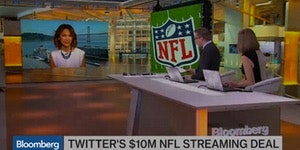 BloombergTwitter Gets NFL Thursday Night Games for a Bargain Price

Live sports is one of the only thing that’s keeping cable television from going the way of Tamagotchis and Discmans, which is why while it’s good to see the NFL get behind streaming, it also feels suspicious. Like they’re up to something. It’s even stranger that Twitter was the winner of the $10 million bid. But when you learn that the NFL will need to renegotiate broadcast deals in 2021 and may be looking toward the future, and you consider that Twitter has 300 million users but somehow still has a radioactive stock and is desperate for anything to make it money so it’s actually still around in 2021, it all sort of comes together. Here are a few additional suggestions for free: overhaul the challenge system and replace it with Twitter polls, and exchange the coin toss for "Like to kickoff, Favorite to receive." 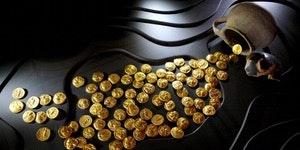 The Daily DotHave 'gig sites' set the pay ceiling too low for freelancers?

A lot of employment opportunities have come up thanks to new technology, from Uber to Airbnb. But not everyone is all that thrilled with it. Sometimes it’s because of what are perceived to be shady business practices, and in the case of sites like Fiverr, it’s a culture of driving down costs and devaluing work. There are arguments on both sides of the aisle: for some, even Fiverr’s open pricing plan (where members can price services higher than five dollars, which calls its whole naming convention into question, but that’s a different story) sets a floor too low to take the creative work of artists and writers seriously; for others, it’s a great way to jumpstart your career or take on small odd jobs to make ends meet. So which is it? Like most technological issues it’s probably too soon to tell, but if there’s one thing we need, it’s definitely another concern about how our economy is going to be impacted by tech. Not enough of that going around. 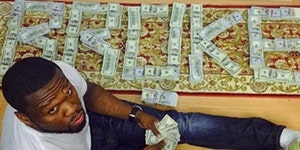 The GuardianYachts, jets and stacks of cash: super-rich discover risks of Instagram snaps

You know how when you’re a parent and your kids track mud through the house and you’re like, "Oh man, kids are the worst"? Now, imagine you’re a super-rich parent trying to hide your assets and your super-spoiled kid can’t help but post pictures of your yacht on Instagram or tweet from your villa chateau for authorities to track and seize. It’s basically the same thing. This is Batman-level sleuthing in the 21st century, where the best efforts to cover one’s trail is ruined by an errant Facebook status update from the kids of the wealthy elite. There’s definitely a bit of schadenfreude going on here, but if you owe money and get your private jet taken away from you because your kid took a picture of it, at least you know you can use all that time you won’t be jet setting to practice being a better parent (or at least hire a more responsible au pair). 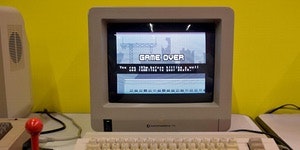 SlateThe AP Stylebook Will No Longer Capitalize Internet. What a Shame.

There are big things happening this summer, and it’s not just finding out how many people get sick at the Rio Olympics or (finally) who will be the presidential nominees. The Associated Press is changing their style guide so that "Internet" is becoming "internet." There are a lot of opinions about this on the Internet, and I picked Seth Maxon’s Slate article because it’s well-written and also because I agree with him that it’s an unneeded change. Granted, this will affect very, very few people who write the word "Internet" enough and in a capacity where its capitalization actually matters, and in the grand scheme of things there are about a billion more important issues, from privacy to harassment, facing the Internet right now, so I’m going to keep capitalizing it until my editor tells me to stop. The Chicago Manual of Style is making a strong case for itself right now. 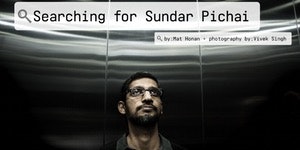 I know you’re used to Buzzfeed being all listicles and gifs, but this one is actually a pretty long read. We’ve had celebrity businessmen going back to the likes of Rockefeller, and that hasn’t changed in the computer age with Bill Gates, Steve Jobs, and Mark Zuckerberg. But do you know who Sundar Pichai is? Here’s a hint: he’s the CEO of the search engine you actually use. Pichai became CEO when Google restructured as Alphabet, which is still a weird thing to say, but he’s still pretty low-key considering he runs one of the biggest companies in the history of anything. This is a great look at not just the man in charge but at Google itself, and in this day and age the future of Google affects basically all of us. Like I said, it’s a long read, but it’s good, and at the very least you should google a summary of it.