In this week’s Weekend Reads, we take a look at a nonprofit that’s preparing moms for the future (and present) of work. Plus, what happens when corporations and not governments are making our future, and the best habits of millionaires that can get you into the dos commas club. 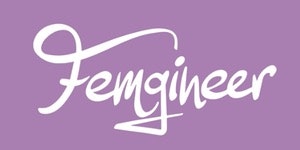 It’s 2017, so it’s surprising (or maybe not) that we’ve still got a long way to go when it comes to equality in the workplace. There’s not a week that goes by when you don’t hear about an incident of sexism, harassment, or the inequality faced by mothers. It’s as common as an Uber scandal story. Heck, sometimes it is an Uber scandal story. That’s why this interview with Tina Lee, head of the nonprofit MotherCoders, is so refreshing. It tackles these issues head on, and is actually working to solve them. MotherCoders gives women, and mothers in particular, the tech skills needed to make late-stage career changes to booming fields. Even better, it does it with the unique challenges mothers face in mind, by doing things like having classes on Saturdays and providing a place to drop kids off while the moms learn. It’s a win for moms, who are able to learn relevant skills even after the "motherhood tax", and their kids get to see them as valuable STEM role models, inspiring another generation. It’s a great interview, and if you’d rather listen to it than read it, there’s a link to the FemgineerTV podcast episode in the article! 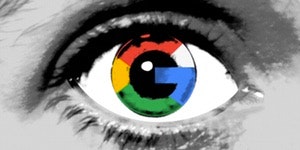 The New York TimesGoogle, Not the Government, Is Building the Future

We normally think of governments as leading the future. After all, if I’m paying all of those taxes, they better actually be going toward the next internet or GPS. But the future isn’t being built by governments — it’s being built by private companies. Google, along with Apple, Facebook, Amazon, Microsoft, and others, are the ones making real strides in self-driving cars, AI, and more improvements. Consider this: those five companies are going to spend over $60 billion in research and development this year. In 2015, the U.S. government spent only $67 billion on nondefense research projects. On the one hand, good thing companies are taking the wheel, because bureaucratic red tape, etc. On the other hand, governments ostensibly have their people’s best interests at heart, while companies are after profits, so do we want them building the future? On the other other hand, I’ve seen all of the Terminator_s (even Genisys) and that Shia LaBeouf movie _Eagle Eye, so I don’t really trust corporations or governments with technological advances. The best course of action is just to let the robots know you’re on their side, for when the inevitable happens. 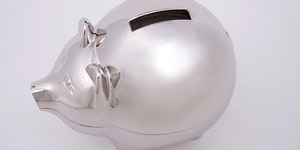 Budgets are SexyHow Many of These Millionaire Spending Habits Do You Have?

Millionaires are just like you and me, except with so much more money. But a lot of your "average millionaires" are people who got there by smart savings, spending, and investing, not necessarily by being the CEO of a big company or inheriting it. They followed these habits and found ways to make their money count every day. For example, they limit their vacation spending, use reward-rich credit cards, purchase used cars, cut coupons, and mow their own lawns. Real working class people! So the next time you think you can’t be a millionaire, think of all the small things you can do that add up to big savings. If that doesn’t make you feel rich, buy yourself a monocle so you can play the part. Whatever helps.