Weekend Reads: The cost of being poor, Brexit’s Tinder, and Millennial myths

In this week's Weekend Reads: why it's more expensive than it looks to be poor, how Brexit is helping some young Brits find love, and why everything you've been told about Millennials is a lie (they don't actually like needing to have a second job in the gig economy!). 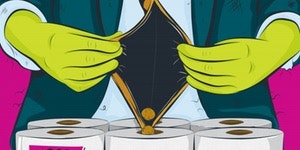 TwoCentsThe Stuff That Costs More When You're Poor

There’s an old saying that it’s expensive being poor. You can’t buy in bulk, you can’t afford quality, long-lasting (and therefore more expensive) items, and you don’t have the disposable income to make up for purchasing mistakes. Unfortunately, a lot of the extravagances that low-income people can’t afford to indulge in are things like...toilet paper. What else? Car insurance, where poor people pay an average of over $600 more a year – even if you’re a good driver – "due to personal characteristics associated with lower economic status," which is icky to even write. That’s not even mentioning high-ticket items like college and a savings account! Man, some people expect things to just be handed to them on a silver platter, or a paper plate that is equally as unaffordable. 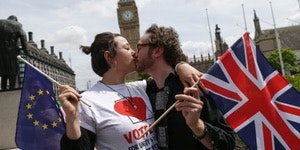 The AtlanticTinder, But for Brexit

Are you one of millions in the U.K. whose future has been severely limited by older generations deciding you didn’t need to be a part of the EU? Are you also looking for love? Then you’re in luck! Better Together Dating asks the important questions that young, not-xenophobic Brits have when they’re looking for their significant others, like "What is your favorite city to visit in the EU?", "What languages do you speak?", and "What countries have you visited in the EU?" So if you’re worried about the cultural, financial, and other implications of Brexit but you know how to say "swipe right" in a different language, don’t give up hope yet. You can still find the man or woman of your dreams...it just might be harder to visit him or her if you have to cross a border. 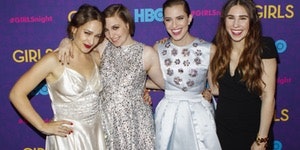 Millennials are a lot of things: lazy, entitled, an increasingly-important segment in terms of voting and purchasing power. So what are people supposed to do when they still want to deride Millennials but also need to pander to them? Why, both, of course! Instead of focusing on real issues – stagnant wages and exploding student loans and the like – media outlets are touting the magnificent Millennial lifestyle "choices" like choosing experiences over stuff (note: they can’t afford "stuff") and forgoing a house in favor of a "preference for urban locations with lots of entertainment and lifestyle choices" (note: a house is considered "stuff"; still can’t afford it). This Quartz piece is a great look not only into modern Millennials and the coded language around them but the history of the word, too, and notes the Brexit as another example of Baby Boomers screwing things up for a younger generation. Don’t worry, I know an app where they can bond over their ruined future.