Wow, what a week. Adam here, covering for Colin while he’s out on vacation. That means this week’s Weekend Reads is going to be a little crazy! Ha ha, just kidding, it will be normal because we have a process here for these kind of things. We are a competent organization. 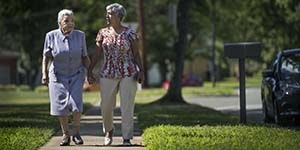 The Washington PostHow Alzheimer's turned a daughter into her mom's mom

No matter how old you get, your parents are still your parents. They hold a place in your life that nothing can shake. So what happens if your parents forget they even have children? There are currently more than five million Americans living with Alzheimer’s, and the Alzheimer’s Association estimates that in 2015, "more than 15 million caregivers provided an estimated 18.1 billion hours of unpaid care."Loretta Veney is one of those caretakers, and she’s embracing the role. Her self-published memoir, Being My Mom’s Mom, is one of the few books about Alzheimer’s written from the perspective of an adult child and, Veney guesses, the only one written from the perspective of an African American woman. Now an experienced caretaker, Veney travels the country to speak to other caretakers and their elderly parents. Definitely check out her inspiring personal story over at The Washington Post.Are you a caretaker or worried about your own aging parents? Check out our articles:-> Why it’s so important to buy long-term care insurance-> 17 things adults who provide care for other adults understand 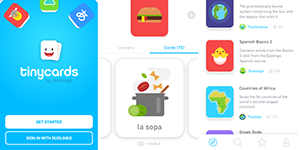 A lot of my friends love Duolingo, and the rest of the world agrees – it’s one of the most popular educational apps ever. It’s a fun, easy, and free way to learn a new language. But now Duolingo is moving beyond language learning and dipping their toes into the realm of flashcards. Their new app, Tinycards, can be used to learn literally anything – countries in Africa, vocab words from your Duolingo lessons, Pokemon names – and you can even make your own decks and share them with people. If you’re a student or you’re just looking to increase your general knowledge, check out Tinycards today. 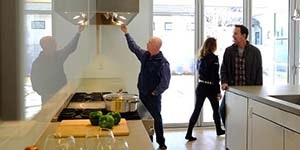 If you’re a homeowner, you’ve probably been following some of the crazy mortgage interest rate drops since the Brexit vote. At one point, interest rates had dropped from around 4.1% to 3.5%. If you’re not a homeowner, that may not seem like a big deal, but trust me: it’s a big deal. It was a big enough deal that a ton of people rushed to refinance their home loans at the lower interest rates. Here’s a bit of bad news: if you were planning on doing that in the near future, it may be too late. Interest rates are climbing back up to their pre-Brexit levels. If you’re interested in taking advantage of low rates, call your bank now and see what they can offer you.