In this week's Weekend Reads, pay it forward by passing on your financial knowledge as a money mentor to Millennials.Plus, being allergic to cats might be more dangerous than you think, the New York Times is having an ad blocking identity crisis, students are being left behind in the digital divide, and you don't even realize you're being mind controlled at this very moment. 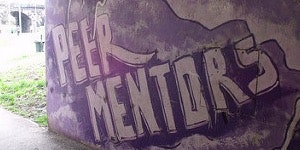 There are a lot of surveys and articles out there about Millennials and money. And you can never pin down just what the heck Millennials are doing with their money: they’re the worst with it, or the best. They save the most for retirement out of everyone, or they blow all their cash on Tidal memberships or whatever. That’s why my first thought when seeing an article titled "Millennials Need Financial Mentorship" is...do they? Granted, some of the things highlighted here are no brainers – it’s not particularly surprising that Millennials worry about student loans – and I’m not sure how much of the results apply to the wider generation, but knowing more about money is never a bad thing. The article ends with a call for people to share their financial knowledge with others – so if you’ve got any advice, post it in the comments! 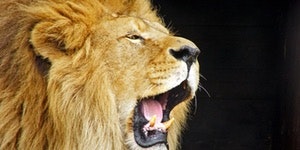 VoxAllergic to house cats? You may be allergic to lions too.

A lot of people are allergic to cats. I assume this means they aren’t as evolved as the rest of us because they’re ceding their place at the top of the food chain to tabbies, but I don’t judge. But it turns out their situation might be more dire than we originally thought: people who are allergic to house cats are allergic to big cats, too. That’s right, in addition to hunted down by the likes of lions and tigers, certain people can also be assaulted by the fur of these majestic beasts. Even worse, think of all the circuses and zoos they’ll miss out on! Luckily the reactions are "mild," but it still makes you think about all of the people who won’t be able to pursue their dreams of becoming lion tamers. 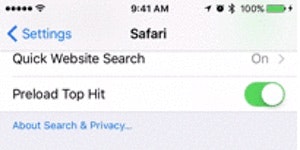 You may have heard recently about a little debate involving ad blockers online. Publishers don’t like them because it deprives them of ad revenue, and site visitors love them because they’re greedy, freeloading savages who don’t care about anything but themselves. Or that’s what some publishers want you to think. There are actually other legitimate concerns to justify blocking ads, like protecting against malware, tracking, and battery drain. That last one has become particularly important as more people use mobile devices to browse the web and battery life remains the bane of phone users everywhere. It’s also made things at the New York Times a little awkward, as their CEO blasted ad blockers (and their users) while, simultaneously, their very good guide about extending your phone’s battery life includes...blocking "power-sucking ads" and shows you how to enable ad blocking. That’s going to be an uncomfortable holiday party. 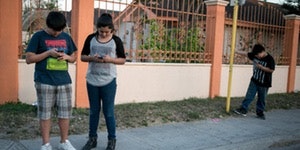 The New York TimesBridging a Digital Divide That Leaves Schoolchildren Behind

Between smartphones, smart watches, laptops, Kindles, tablets, and more, it’s hard to remember that access to technology isn’t always as ubiquitous as we think it is. Case in point: students, many of them low-income, who don’t have the ability to get online. And it’s not to play Call of Duty or that one Kim Kardashian game, but to just do their homework. They’re spending hours on wi-fi-enabled buses or sitting outside of school to connect to a wireless network – yes, outside, because school hours don’t account for kids doing their homework. That’s insane, right? That’s totally insane. Google’s Project Loon, which seems straight out of a steampunk aficionado’s fever dream by wanting to provide wi-fi via balloon, seems less crazy than having to park a school bus in the middle of a neighborhood overnight because that’s the only way students can turn in class projects. So maybe we should focus on expanding the reach of technology so that it benefits everyone, or at least not write off good ol’ fashion books and paper assignments just yet. 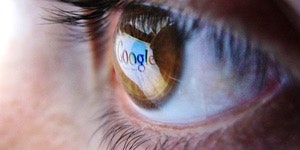 I know we’re all waiting for the day when mind control is done by people wearing funny helmets that enhance their telepathic skills, or at the very least large monolithic governments that teach us how and what to think, a la 1984. Turns out that we’re already being influenced, and the parties involved don’t even have the decency to be obvious about it. So who’s the culprit? Search engines! And by search engines, I of course mean Google. This rather long but in-depth summary of the subliminal effects that search engine results have on people will probably make you feel like you’ve been played, that you’re nothing more than a puppet being manipulated by the puppetmaster. But let’s be honest, you’re not going to go back to reading a newspaper or looking things up in an encyclopedia or using Bing, are you?