In the first Weekend Reads of 2017, learn why your 401(k) probably isn't all it's cracked up to be, what Sweetgreen going cashless could mean for your lunch salads, and what Canada is doing to bring high-speed internet to everyone (well, as long as you're Canadian). 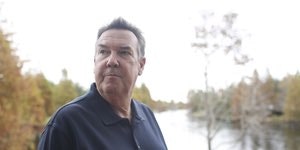 You know the story: You work hard for a few decades, sock money away in your 401(k), and at the end...you still don't have enough money to retire. Wait, what?! Who are the people spreading these sorts of lies about your precious 401(k)? Oh, it's the people who championed their use back in the '80s? Well, okay... That's right, even the people who once heralded the 401(k) as a way to bring retirement to all are second guessing them. Turns out, 401(k)s were supposed to to supplement pensions, and now that pensions have gone the way of the flip phone, 401(k)s aren't super great on their own. Not every employee is offered one, not every employer matches contributions, and they've made people more relient on Wall Street than ever. Some proposals are in place to correct this issue, but as of now it seems like those most helped by the rise of the 401(k) are fund managers. C'mon, 2017. You were supposed to be better. 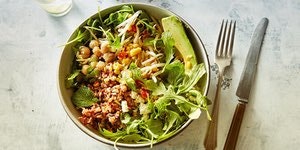 Sweetgreen, the popular salad fast food restaurant, is going cashless in 2017, and rather than spend even more time trying to think of a pun about lettuce and green and dollar bills, I'll just jump into it. Going cashless has a lot of implications. Some are good, like speeding up the time you'll spend in a Sweetgreen when you're on a tight lunch schedule, and some are not so great, like the fact that it really disadvantages the poor. But Sweetgreen says only a small percentage of their customers actually use cash, and they're talking about doing some cool things to update and personalize their app, so I'll give them the benefit of the doubt. Expect an in-depth investigative look later in 2017, if I can expense the salads. 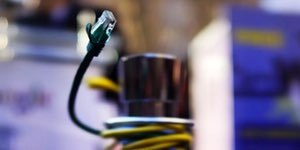 Think of all of the things that would be so much harder today if you didn't have access to the internet. Paying bills, finding jobs, completing school work, and staying connected with family all rely so heavily on that series of tubes. If you're thinking, "Gosh, it's almost as if having high-speed internet access is a basic human right!" then you're not alone: Canada agrees. In 2017, Canada is pulling out all the stops to bring broadband to the entire country. It's a pretty big infrastructure undertaking, and it'll be interesting to see its success. Maybe the idea will make its way to the United States and it can be our modern day version of the interstate project. Then I can stop tweeting angrily at Verizon!