Savings Savant: Why buy a table when you can build your own? We try to make money easy here at Policygenius. As such, a lot of our advice covers financial basics everyone should be able to follow. But some people go way past basic in their attempts to save money. We wanted to tell their stories too. They're not cheap. They're Savings Savants.

Eugene (who didn't want to give his last name because he's joining the military soon) is graduating from college in a year. In the interest of saving money, he figured learning to build his own furniture would be a good investment and an enjoyable hobby. After some research, he decided his first project would be a table made of shipping pallets.

Eugene wanted to see if he could turn trash into something useful. Many people give shipping pallets away. There are online forums for companies and people to buy, sell and give away pallets.

Eugene found an online exchange for his area and picked up a pair of 48-inch long pallets along with a few stray planks of wood. He lost some wood because some of the pallets were dried out and spent a lot of effort disassembling the pallets and removing nails.

After that, Eugene said, "It's just like building a table or another piece of furniture."

While Eugene selected the nicest pallets he could find, they had a lot of burn marks and stamps, which suited the "industrial look" he was going for.

He posted a full guide to making the table here.

How much did this save?

Eugene spent $23 on materials and tools. He worked on it when he could for 30 minutes at a time for a total of 15 hours at most, including picking up the pallets. When he was finished, a neighbor offered Eugene $650 for the table. He turned down the offer.

He's worked with wood before, but had never attempted to work with pallets before. Eugene is now working on a coffee table made of shipping pallets. The two tables are at his parents' house but will move out once Eugene has his own place. 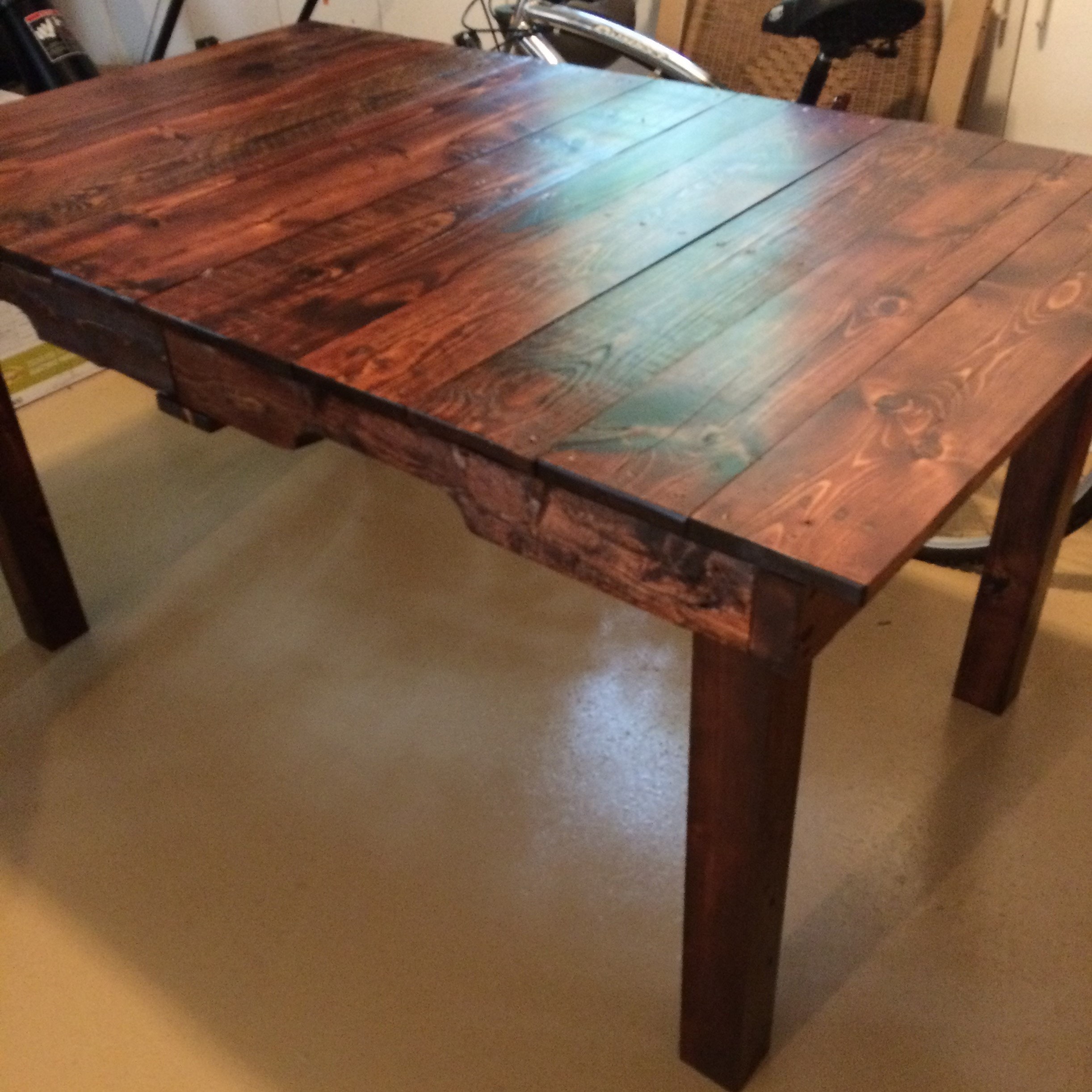 Trying this at home?

When seeking a pallet, look for an "HT" stamp indicating the pallet has been treated with heat. Others are treated with bromide and other chemicals, Eugene said. You can find guides to the stamps found on pallets online.

For pallet furniture people can eat food off, look for pallets that carried fruit and vegetables to further ensure there are no harmful chemicals on the wood. Also make sure the wood is free from bugs or rot.

And don't get discouraged if your table wouldn't make the Williams Sonoma catalog.

"Make sure you're having fun," Eugene said. "That's the only thing that matters."

Eugene is studying clean energy engineering and he's happy to have found an eco-friendly way to acquire furniture.

"It's a cool way to help out the environment and help your wallet," he said.

More of an assembler than a builder? Here are six pieces of Ikea furniture that could fit your apartment and your budget.