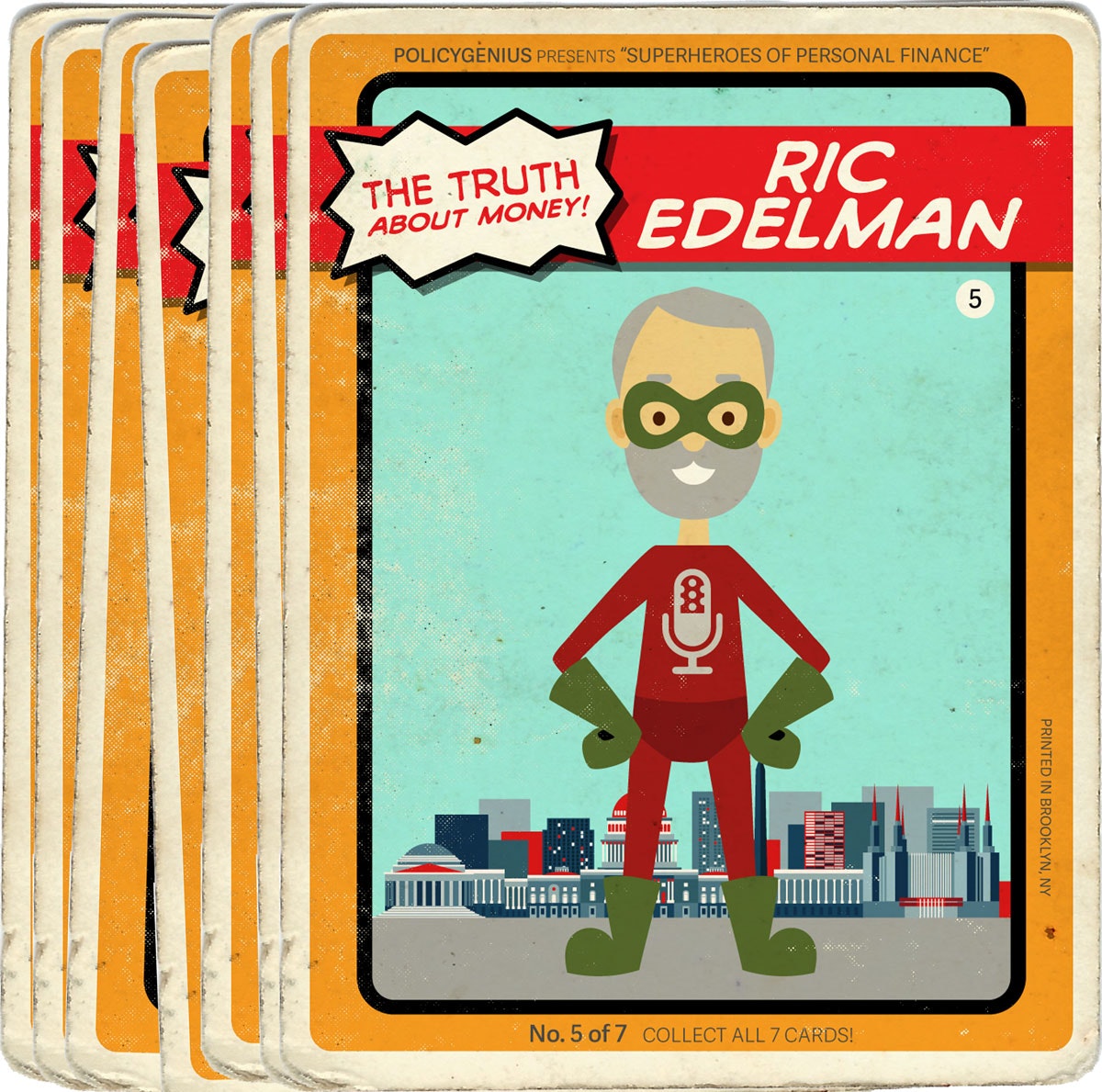 What happens when you’re the number one independent financial advisor in the country? People go after you, of course. Take this tidbit from the 2012 profile of Ric Edelman in Financial Advisor magazine:

At the end of 2008, a man called in to the radio show The Truth About Money to complain to the host that his financial advisor had lost about 24% of his portfolio. He was upset and wondered whether he should fire the advisor. The host, independent financial planner Ric Edelman, told the caller he should be doing jumping jacks if his advisor lost only 24% at a time when the S&P; 500 was down 40%. It was a wise response because, as it turns out, the caller's advisor was Edelman himself.

While the title of the profile, "The Truth About Ric Edelman," may make it sound like an exposé, it was actually a testament to the hard work that Edelman and his wife, Jean, put into launching Edelman Financial Services. Edelman graduated from Rowan University in 1980 with a degree in communications, and quickly found himself working as a financial journalist. But he was disgusted with the way that financial advisors talked — in many ways, it seemed like they were profiting off of giving bad advice to their clients.Edelman thought he could do it a better way, and enlisted his wife Jean to help. The idea was that he would learn the front office stuff — talking to clients, understanding their needs — while she would learn the back office operations — administration, management, etc. Their first business venture, called Financial Partners Limited, was a bust. In 1991, the Edelmans relaunched under the name Edelman Financial Services.It’s a good thing they didn’t give up. Since then, Edelman has been named the number one independent financial advisor in the country three times by Barron’s. Edelman — both the man and the company — also became well known for educational outreach programs. Ric would go to speak at PTA meetings and field questions at local radio stations. Eventually, he became the host of his own radio show, The Truth About Money, and a public television program, also titled The Truth About Money. Additionally, he’s written seven books on personal finance topics.

But don’t compare him to Suze Orman or Jean Chatzky. "The difference between me and all of them is that I’m the only one who is an actual practicing financial advisor," Edelman told Financial Advisor. The advice in his books is based on his actual, long-term working relationships with his clients, which, according to Edelman, means that it actually works. "There’s a lot of advice that sounds good in a book but doesn’t work in the real world."

One of the downsides of sending out financial advice over the airwaves and in your offices is that sometimes, that advice doesn’t match up. Take the case of the passive advisor controversy from a few years ago. Basically, Edelman was extolling the values of low-fee, low-risk passive low-cost index funds to his listeners and viewers. But Edelman Financial, his financial advisory firm, wasn’t following his advice — instead, they were charging clients a 1.3% annual advisory fee (for an account with $1 million), which is very steep compared to the funds he suggests. His advisory firm has lowered their prices since the controversy, but they’re still higher than you might expect from a passive investment plan.

Moments like this suggest the worst about Edelman: that the fees are based on his celebrity status, not the actual cost of performing the service. This suggests that while he doesn’t like to be compared to the other financial gurus out there, he’s more like them than he might let on.For the most part, however, no one has come out against Edelman’s stated advice, just his advisory firm. If you’re a reader, listener, or viewer, you’re still getting some top-notch generalized financial advice.

While Edelman tackles just about anything that could go into a financial plan, he largely focuses on goals that can be achieved through investing — retirement, college savings, and estate planning. Edelman tackles more consumer finance topics as well, including debt management, leasing cars, and taxes.Edelman has also written several books on building wealth. Both Ordinary People, Extraordinary Wealth and Discover the Wealth Within You are personal finance books designed for people who want to aggressively grow their wealth through investments. This isn’t just for the already rich, however — Ordinary People tells the stories of secretaries, firefighters, and schoolteachers who all became rich on average-sized salaries.He also has one book, Rescue Your Money, written for people who lost money during the 2008 recession. If you’re still suffering from the effects of the recession, or you’re just generally afraid of making a bad investment, this is the book for you.

Have a public television channel near you? You can probably find Edelman’s television show, The Truth About Money. You can also find full episodes on Edelman’s website, which is perfect if you’re looking for advice on a specific topic.Edelman is also on the radio with his syndicated show The Truth About Money. If there isn’t a radio station that plays his show in your area, you can listen to his show online or get them delivered to your smartphone or computer via a podcasting app.

Edelman has written seven books — his latest, 2014’s The Truth About Retirement Plans and IRAs, was a surprise bestseller, reaching #1 on The Washington Post’s Paperback Nonfiction General list. His other award-winning book, The Truth About Money, is a comprehensive guide to building a financial plan. It’s the best place to start if you want to learn more about Edelman’s method.