Loyalty is a virtue — unless you want to make more money Tell me who you loyal to Is it love for the streets when the lights get dark? Is it unconditional when the 'Rari don't start? Tell me when your loyalty is comin' from the heart?

In his song "LOYALTY." from his 2017 album "DAMN.", Kendrick Lamar questions whether his supporters will stay loyal to him, even if his 'Rari (Ferrari) won't start. It's nice to stay loyal to people you love, whether it's your family, friends or favorite rapper. Staying loyal to your company may be a different story.

Check out this chart: 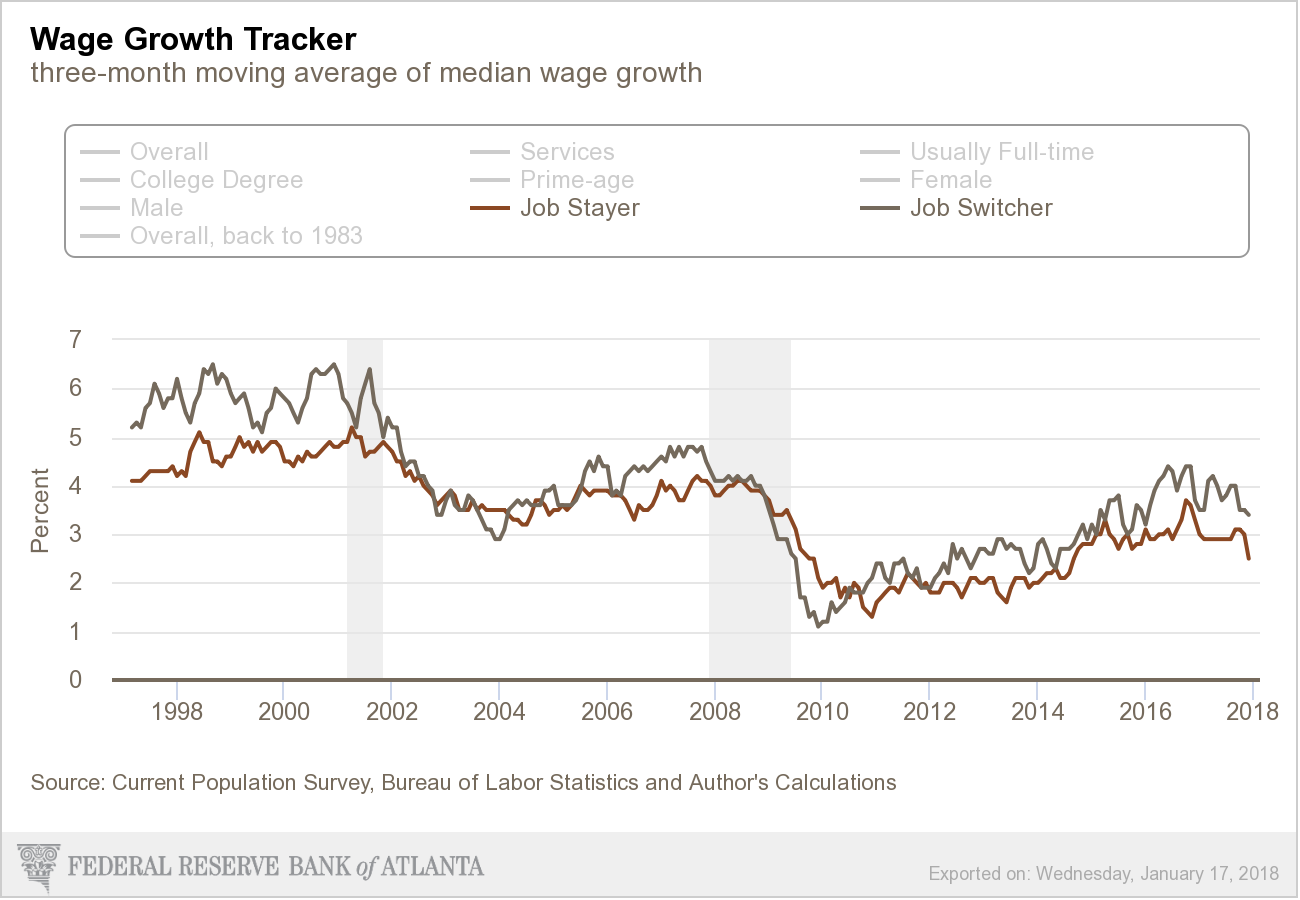 This data, from the Federal Reserve Bank of Atlanta, counts people who switch either their occupation or industry from year to year. It concurs with what Vicki Salemi, career expert for Monster, has observed. Before working for the employment website, Salemi worked as a corporate recruiter, where she saw many people increase their salary and improve their career trajectory after leaving a job.

"I'm not saying loyalty is a bad thing, but even when you are loyal and happy with your current employer, you need to evaluate your situation and keep your eyes on prospective job opportunities," Salemi said.

Why does quitting pay?

You've probably heard this sort of thing before. But there's a reason workers tend to do better when they leave. It's a problem of supply and demand, said John Robertson, a senior policy adviser for the Federal Reserve Bank of Atlanta.

When unemployment is low and the economy is strong, as it is now, companies have a harder time finding workers. They have to offer higher wages to entice workers at other companies to quit. That's why job switchers tend see higher wage growth than job stayers.

But this trend reverses when the economy is weak. The Federal Reserve Bank of Atlanta's data only goes back far enough to track two recessions, but in both cases, wage growth for job switchers falls below job stayers. That's because the nature of job switching changes during bad times. Job switching stops being a choice, Robertson said. Instead of people leaving their job to advance their career, they're often getting laid off and taking whatever job they can get afterward.

Attitudes toward job switching changed after the recession, Salemi said. Before 2008, when she worked as a recruiter, there was a stigma attached to job hopping. Once the recession hit, more often than not, the people she interviewed had been downsized or laid off.

"Then it was almost like job hopping wasn't a big deal," Salemi said. "It was almost expected."

Today, with companies struggling to fill jobs, the stigma has shifted the other way. Recruiters might question why a good candidate stayed at a job for three or four years, Salemi said. Companies also no longer expect workers to stay as long as they once did, she added.

Should you stay or should you go?

Salemi has experienced this dilemma firsthand. She once stayed at a company for 13 years.

"If I would have jumped around I could have had three or more employers during that time," she said. "Definitely my earnings would have increased."

Of course, employers want you to stay loyal. It costs time and money to train someone new. And you may feel loyalty — to your boss, to your company values, to your coworkers — but you need to put yourself first, especially if a raise is on the line, Salemi said.

Even if you love where you are, it's a good idea to at least be on the lookout for jobs, Salemi said. After all, you don't have to accept an offer.

"Just see what is out there," she said. "You can go on interviews just for practice."

It's never too early, Salemi said. Even if you've just started, you never know when conditions at your company change: Your awesome boss could leave or the company could get sold. An interview may not lead you to change jobs, but the impression you make could be useful if you decide to move on in a year.

While changing jobs five times in five years might be too much, recruiters may be wary of resumes that show a long stay at one company, Salemi said. They may think you only know one company's way of doing things and will have trouble adjusting. There's a sweet spot in between.

Loving the job you have can be an asset in interviews.

"If you really like a company, break it down," Salemi said. "What do you like about it? Is it the culture? Is it your boss?"

You can use this knowledge to grill people at your potential new company about how they match up. Plus, if the new company knows you're happy where you are, they know they'll have to wow you. You have some leverage, and you may be able to turn it into a bigger paycheck and a new company to which you can show your loyalty.