Beyond the beard: A look inside the life of a professional Santa If you think your holiday season is busy, try being Dan Greenleaf. The two months that end the year make up his main source of income.

The 68-year-old ("I'm as old as my tongue, a little bit older than my teeth and about 13 years older than my beard," Greenleaf says), works as a professional Santa Claus. The New Hampshire resident works 80 to 90 events a year himself, and books jobs for about 150 other Santas in New England.

Being Santa doesn't earn Greenleaf enough to make a living.

"I couldn't do this if my wife didn't work," Greenleaf said. "I'd have to be out finding something else to do to supplement our income."

Many Santas are retired, using their earnings as supplemental income. Others volunteer their services.

But for a few weekends of work, playing Santa can be lucrative.

"It has such a potential for generating revenue in a short time," Greenleaf said.

How much does Santa earn?

There's no typical figure. Different Santas take on different workloads, both in terms of the amount and type of work.

A Santa who hustles to book events every weekend can earn $15,000 or more in a season, Greenleaf estimated. A mall Santa can stand to make nearly as much, though that involves working long days for seven days a week.

A mall Santa can earn $25 to $50 an hour depending on the venue, Greenleaf said. A "freelance" Santa working private events can earn more than $150 an hour for events like company parties.

"A good Santa can certainly make $300 an hour if he's got the skills and the look," Greenleaf said.

How to become Santa

Greenleaf first appeared as Santa while he was working as a ski instructor at Gunstock Mountain Resort. His boss was looking for someone to ski around in a Santa outfit.

"You're fat and old, so why don't you do it?" Greenleaf remembers him saying.

Greenleaf donned a fake white beard to cover his then-dark beard and took to the slopes, as Santa. He did a few other events, but he didn't become serious about working as Santa until a few years later, when a friend asked him to play Santa at a company Christmas party.

"I have some background in acting and I enjoyed being Santa so I said I would do it," Greenleaf said.

Greenleaf's long and varied career includes marketing and public relations. He used those skills to create a website and get himself more work as Santa.

That first year, he did about 15 events, and his workload has steadily grown over the past decade. 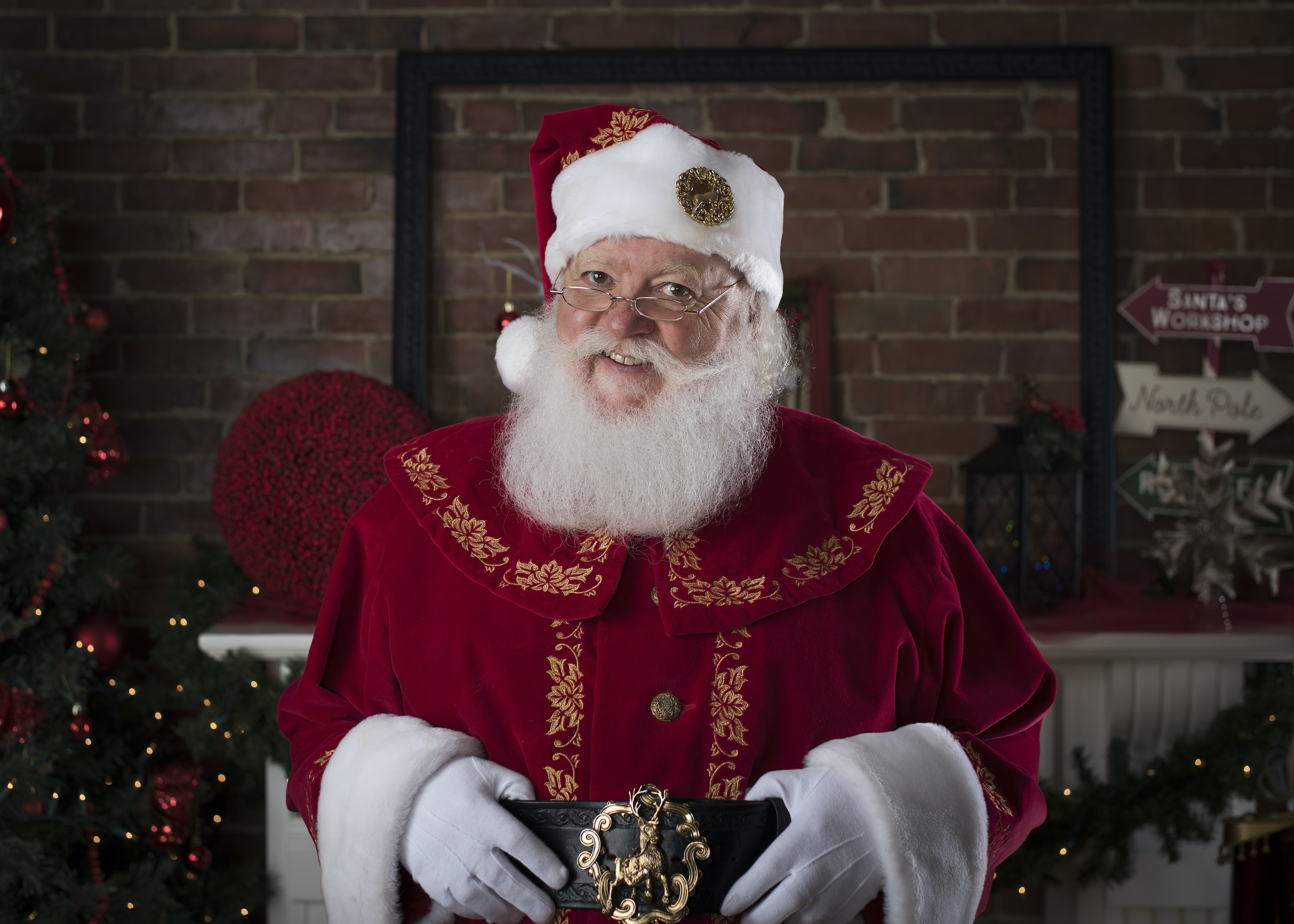 One of the biggest boosts for Greenleaf has been joining the International Brotherhood of Real Bearded Santas. The first few years, Greenleaf never met another Santa in his area.

He found the Brotherhood online and attended their convention in San Diego. There, he met another Santa from New England.

Together, they formed the New England Santa Society, a regional group that now has more than 150 members. Having support can help a fledgling Santa get started, Greenleaf said.

"What takes you four to five years to learn with experience, if you get involved with others who have done it you can save a lot of time and energy," he said.

How much does it cost to become Santa?

You can become Santa for cheap. A suit can cost less than $100, and and a wig and a fake beard don't come for much more.

"If you really are going to be professional about it, there are certainly good mid-range suits that, maybe between the suit, the belt, the boots, you'd get up in the $500 to $600 range," Greenleaf said.

Some Santas get custom-made suits. Those can cost up to $3,000, Greenleaf said.

"Real beard" Santas can sometimes look down on fake beard Santas. And going the artificial route can be expensive: Greenleaf estimates that a theatrical-quality beard and wig can go for as much as $1,500.

Then, there's learning how to be Santa. Greenleaf's group offers a three-day "Santa Camp" for $500, but there are also free online videos.

Santa Camp covers almost everything: The different types of events Santas can work, from malls to holiday parties to media events, how to interact with adults and children, business particulars like keeping records and filing taxes and maintaining a proper beard. The New England Santa Society recently added a Mrs. Claus program as well.

Santas don't need any special insurance to work, but Greenleaf requires all the Santas he books to pass a background check and carry performer liability insurance. Taken together, becoming Santa can require a significant investment.

"Sometimes when you quote prices to people they're surprised at how much your rates are and we try to explain that not every guy with a beard and a red suit is a good Santa," Greenleaf said.

Who makes a good Santa?

It's not just about the look.

"If you're not fat, don't have a white beard and you're not old, you can use some Santa magic to make those things happen," Greenleaf said. "It's more the personality, the ability to connect with people."

A lot of the job is learning to personify the character of Santa Claus. It's like being an actor, only there's no script.

Santas need the ability to improvise in different situations and respond to sometimes left-field questions from children.

For example, some kids want to get Greenleaf to admit he's not the real Santa, asking for his real name. Greenleaf diffuses this like the seasoned Santa he is.

"My response is, 'What? You forgot your name? How could you forget your name?" Greenleaf said.

Other common questions: How do you deliver all the presents in one night? How do you get down the chimney? Where's your sleigh? Where's Mrs. Claus? How many elves do you have? Any decent Santa has ready answers for these basics, but Greenleaf has dealt with tougher queries as well.

"You do get requests like where a family's divorced and the kids want the parents to get back together," Greenleaf said.

He's also been asked to bring back dead grandparents, to promise that sick children will get better.

"You can't promise, but you can at least respond to them in an honest way," Greenleaf said.

Most of all, the job takes heart, Greenleaf said.

"People are involved because they love doing it," he said. "They love that look of the children when they first see Santa. People get in it not for the money as much as for the experience and the chance to interact with people."