Life insurance is super important. If something happens to you, it’s nice knowing that your loved ones are financially secure and can pay outstanding debts like your mortgage, or pay for your kids’ college educations, and pay for your funeral. You’re smart so there’s a good chance you already have it or are applying it for right now.Here are five fictional characters who didn’t have life insurance, but really, really should've. 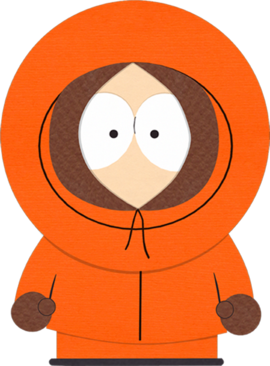 Who: Kenny is a main character of Comedy Central’s animated hit South Park who’s snarky, poor, and hard to understand due to the orange hoodie covering his mouth. Oh, and he’s a fourth grader who dies in pretty much every episode. (On the show, killing Kenny is a running theme. It even has a catchphrase – "Oh my god! They killed Kenny!") Prior to season six, Kenny dies in a myriad of ways– he’s burned, dismembered, sacrificed, and frozen – yet he always returns for the next episode with no or little explanation as to how he died and/or survived.Why life insurance would be beneficial: We don't actually recommend child life insurance in the real world for several reasons, but if Kenny’s going to die in every episode, think about what life insurance could do for his family. (They’re really, really, really poor.) Yeah, sure, they would be sad, but they would literally never have to work again in their lives. Plus, their bereavement period would be off the charts. They would mourn for a week, go back to work, and then he would die again so they would need to mourn again and stay home. (In reality, I guess the only question would be how the life insurance company would deal with Kenny coming to life each week with no explanation.) Kenny’s life insurance could also cover the cost of his funeral and help pay for grief counseling for surviving family members (aka cover a few months’ rent at the trendy The Lofts at SoDoSoPa).

Who: Cinderella is a young woman whose father suddenly dies, leaving her in the custody of her wicked stepmother and stepsisters. Cinderella and her father were thick as thieves – best friends who spent a lot of time together – and when he passes away, she’s left with nothing and no one.Why life insurance would be beneficial: If he had planned accordingly, he could have taken out a nice life insurance plan and made Cinderella the primary (or even sole!) beneficiary to his home, money, and maid service. When she’s left penniless, she’s forced to clean the house and run all the errands so she isn’t left homeless. And if she was left with a proper financial plan, she would be able to go to school, get an education, and be an independent woman instead of playing dress up, riding in pumpkins, and running shoeless around town. 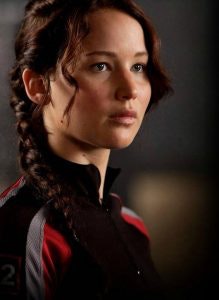 Who: Katniss Everdeen is the brave, young, selfless soul who volunteers as tribute in The Hunger Games, a televised competition in which two teenagers from each of the twelve Districts (aka states) of Panem (aka The United States of Bread) fight to the death. She’s strong, stubborn, smart, and doesn’t take sass from anyone.Why life insurance would be beneficial: Um, because twenty-three people want to kill her, and after Book One, so does the government. Katniss’ family consists of herself, her sister (who is pretty wimpy), and a single mother who suffered from severe depression after her father died. She’s all her family’s got. Plus, do you really think the government of Panem even allows life insurance policies? Money would be shelled out constantly.

Who: Casper McFadden, a.k.a. the Friendly Ghost, is the star of the 1995 feature film Casper. If you didn’t see it: Christina Ricci and Bill Pullman move into the house that Casper (the ghost) shares with his insufferable (yet hilarious!) uncles (also ghosts). He befriends Ricci, stands up to his uncles, and even turns into Devon Sawa (human ) to kiss her near the end.Why life insurance would be beneficial: After Casper died from too much sledding, his father went a little nuts building a machine called the Lazarus to bring him back to life. Now if you’ve seen the movie, you know the Lazarus is pretty effing brilliant and actually worked (hence, Devon Sawa). But before Ricci and Pullman moved in, Casper’s dad was declared legally insane and thrown into an asylum. BUT HAD HE HAD life insurance money, he could have finished Lazarus, brought Casper back to life, and avoided the nut house.

Who: Simba’s dad in The Lion King. He definitely should have had life insurance, especially because Scar had been trying to take him out for years. Because he was ill-prepared, Simba was orphaned, felt fully responsible for his father’s death, and fled into exile to be alone.Why life insurance would be beneficial: After Mufasa died, Simba had no source of comfort and no time to grieve. He couldn’t afford counseling and had to befriend a meerkat and warthog to feel whole again. If his dad had gotten life insurance, Simba would a) be the beneficiary and inherit some money; b) already had had the conversation with Mufasa about Scar’s murderous plans so he would have peace of mind knowing it wasn’t his fault; and c) be a star witness in Scar’s murder trial. He would have then written a book called Scarred, landed a book deal, and been a New York Times bestseller. Hakuna Matata? Coulda, woulda, shoulda.