This woman spent 15 days on the health insurance marketplace

This article was last updated in 2014. For the most up-to-date information on health insurance, visit our Health Insurance Guide.A few months ago we fired up a web browser, grabbed a timer and a spreadsheet, and spent a few days playing secret shopper on the New York health insurance marketplace. Our goal was to describe the average person's experience and provide some helpful shopping tips.We're proud of our results, but the hypothetical "average person" approach only reveals part of the big picture. After all, when it comes to health care, what does "average" even mean?Liz Jackson, the woman behind the blog The Girl with the Purple Cane, isn't average or hypothetical. She has CIDP, a complex neurological condition that damages the peripheral nerves, and she needed to find a plan that would cover the same network of trusted professionals that her previous insurance covered.

Jackson spent the first half of March shopping for a new plan on the New York exchange. Along the way she encountered technical difficulties, gross misinformation, and some truly weird customer support.Fortunately she managed to find a plan that she's happy with. And fortunately for us, she wrote about the full experience in "15 Days on the Obamacare Marketplace." We spoke with Jackson to learn a little more about what happened, and we came up with some new shopping tips based on her adventures. 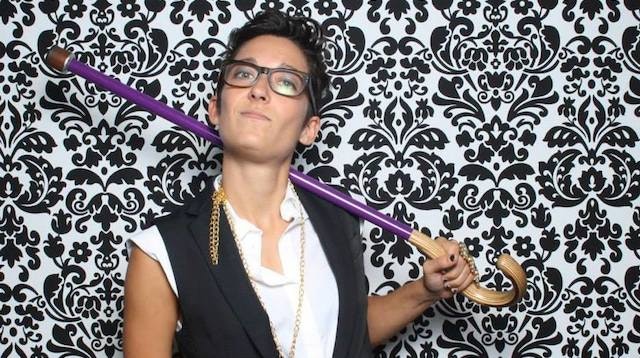 It may sound like a trivial thing, but it created an early roadblock for Jackson. "After I set up my ID," she says, "I received a verification email, but it took a while and I lost interest. So I never got around to verifying my email and username."When she came back later the verification link had expired and she couldn't access her account. She managed to solve the problem by using her partner's email address to create a second account, but the lesson here is that your marketplace might not be as user friendly as you'd expect.

Verify marketplace information with your doctor before you make any decisions.

Jackson was repeatedly shown incorrect information on the marketplace, and things weren't much better when she contacted an insurer over the phone.She finally emailed her neurologist directly, who then referred Jackson to her insurance director who could provide accurate answers. Jackson says she's not sure the same thing would have happened if she'd asked the doctor's receptionist."If I were to make a recommendation to others," she says, "I would say this: Doctors don't often know about the insurance they carry. But they always know who to ask. Don't be afraid to use your doctor as a resource. I believe my doctor was very thrilled at how simple my resolution was."

Remember that Twitter is another way to ask for customer service.

If you're having trouble getting useful answers from an insurer's customer service reps, try reaching out on Twitter. Not every company pays attention to tweets, but Jackson managed to catch the attention of an Oscar customer service manager this way.

Be aware that you may have to come up with workarounds.

As someone with CIDP, Jackson's list of must-haves is pretty non-negotiable. But she wasn't able to find a perfect match on the marketplace, so she had to do some extra work. With her doctor's insurance director's help she found a plan that doesn't currently cover her neurologist but will in the near future. A Health Republic rep helped her submit a special request to cover an out-of-network doctor.

Be patient and have empathy.

Dealing with health insurance is already a stressful task. Throw in a variety of marketplace snafus and a charged political atmosphere and it can be hard to stay positive while you shop.Jackson realized this after an Oscar rep called to resolve a particularly awful experience she'd had with their customer service. "The call was a nice reminder that nobody is out to cause any harm to anyone. Everyone wants to help," she writes. "This is a learning curve on so many levels."

Don't be afraid to reach out to third-party organizations for help.

"Before I got sick," Jackson says, "I used to volunteer for Community Health Advocates (CHA). When I was trying to figure out what my rights were in terms of Continuity of Care and Out-of-Network benefits, I called them up and booked an appointment.""CHA was initially created to assist New Yorkers with Medicaid issues. It's grown into a much broader program that assists New Yorkers with any Health Insurance question or issue they may have. The best part about CHA is that it's comprised of lawyers, activists, and most importantly, volunteers. And it's available to every New Yorker. Any income bracket. Any borough or city. Any type of insurance. And it's totally free."If you're not in New York, visit localhelp.healthcare.gov to search for similar organizations in your area.