How to survive the East Coast Blizzard of 2016

Oh, sure. The snow currently billowing against your window—aka Winter Storm Jonas or Snowzilla—looks like a lot of fun at first. You spent Saturday morning making snow angels and spelling things out with your pee and just generally having a laugh.

But by Sunday morning the reality is going to hit: you're now trapped at home by walls of yellow ice, the Starbucks on the corner and the other Starbucks across the street are both closed, and your roommate/lover/child is starting to look like food:

To keep your sanity, you need to find ways to amuse yourself for the rest of this weekend. Here are our tips for surviving Winter Storm Jonas aka Snowzilla aka the Blizzard of 2016.

If you're like us, you can watch this clip of a man in a T-Rex costume shoveling snow over and over without ever growing tired of it.

Netflix continues to churn out quality original series in complete sets, so this weekend is your chance to binge watch a show guilt-free. If you missed Daredevil last year but want to catch up before season two is released in a few weeks, do it now. If you're tired of male superheroes and want to watch a darkly scripted series featuring a female superhero, give Jessica Jones a shot. But there's a lot more than just superhero shows on Netflix right now:

3. Use free trial periods for movie channels to watch shows for free

If you haven't already subscribed to any premium movie services through your Apple TV or Amazon Prime, this is your chance to take advantage of the various free trial periods many of them offer.

On Amazon Prime, you can get free 1-week trials of Showtime, Starz, and a lot of other lower-tier specialty networks that you probably wouldn't pay for otherwise. Use your free Starz trial period to binge watch the new Ash vs Evil Dead series (or at least the first episode, which is directed by Sam Raimi and really pretty terrific). 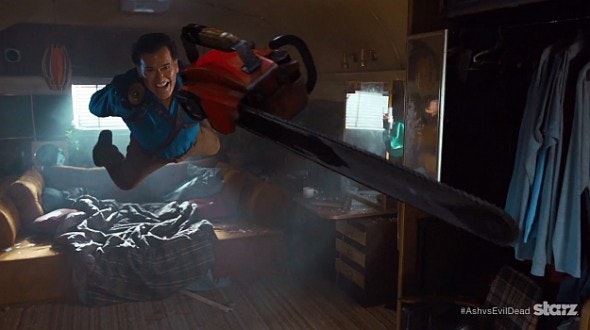 4. Force your way outside and enjoy the winter weirdness

In late morning, late afternoon, or early evening, find a reason to go out for a walk. (For example, maybe you need more beer.) I don't know about Washington, D.C., but in NYC it will feel like you've been transported to another world. It's 30 decibels quieter than normal, and you can hear sounds from two blocks away. The stacks of garbage bags, piles of dog poop, and splatter zones of late night binge drinking are all hidden from view for a few hours. And I'm not saying it can't happen, but I've never been mugged or even side-eyed during a snowstorm. It's the most peaceful you'll ever find the city.

After you've enjoyed the moment, you can focus on more traditional activities like making snowmen and throwing snowballs.

How to make your own snowshoes - Grab yourself some branches, some duct tape, and some boredom, and in no time you'll be the proud owner of a really cheap pair of snowshoes. 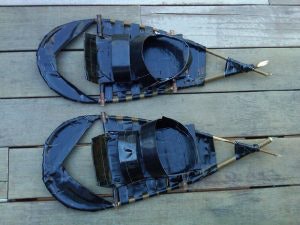 How to build a snowman - Although a perfect snowman requires slightly warmer snow, this blizzard should provide some decent raw material. Smithsonian Mag will show you how to determine whether the snow around you is snowman-worthy, and how to work with it for the best results.

If you can't get the snow to stick, get creative and build scenes that don't require a lot of height:

How to have a proper snowball fight - If you're already snowed in, it's probably too late to buy a snowball making device, but there are other strategies you can employ to beat the other side.

Like a lot of the natural world, the fun of being in the snow wears off pretty quickly, so come back inside and figure out what you're going to eat! If you find you're facing a random mix of ingredients in your kitchen cabinets, don't worry. There's technology that can help. 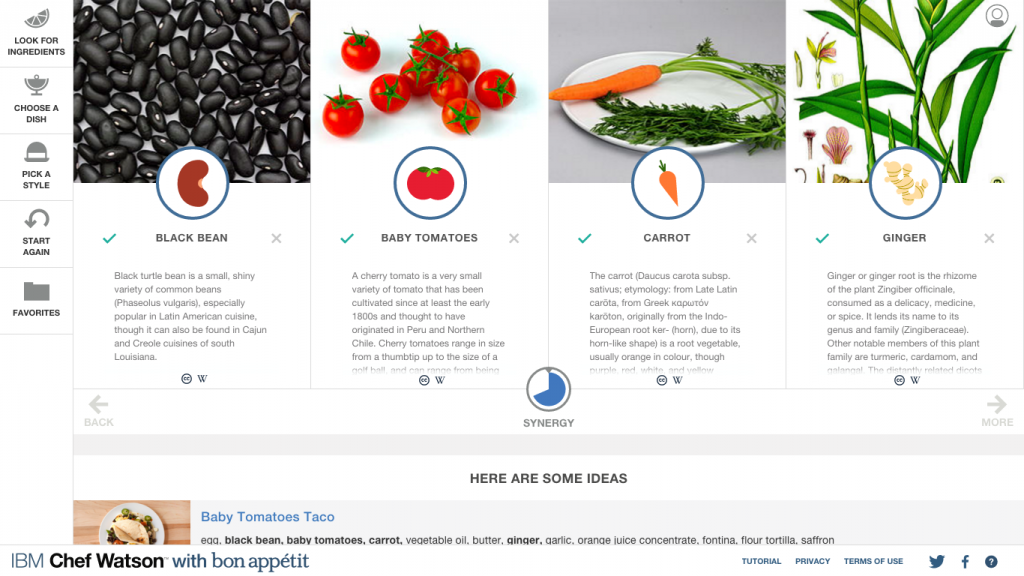 One of the superpowers that IBM is building for its Watson artificial intelligence is the ability to come up with recipes (although it appears to be cheating at the moment by borrowing results from Bon Appetit). Anyway, the idea is you name a few ingredients and Watson will figure out a recipe you can make with them. The only drawback is that sometimes Watson will tell you to add a cup of paperclips, so use your judgement and remember to taste the dish occasionally as you cook.*

True gamers know the weekend is always for staying home and playing games; you don't need snow to justify this. If you're not a "true" gamer but want to play games, hit up the Humble Bundle for a sled full of Firaxis games available for a bargain. For between $1 and $16 you can score up to 10 different games, including Civilization III, IV, and V, XCom, Sid Meier's Starships, and Civilization: Beyond Earth. Your housebound weekend will be over before you know it.

6. Give yourself free checkups 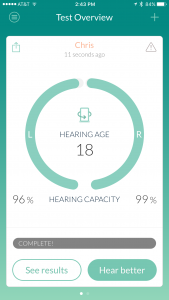 You don't have to spend the day goofing off, you know. Once you've got Watson's paperclip quiche baking in the oven, take advantage of this quiet period to learn more about your body and your bank accounts.

First, your body. You probably already have a good idea of how well you see, but what about how well you hear? The Mimi Hearing Test is a free iPhone app that will test your hearing. If you want to test your vision anyway, you can try the Essilor "Test Your Eyes" mini tests on the web, or fire up the free apps Eye Chart HD and Colorblind Eye Exam on your iPhone. Now without getting up from the couch you can find out whether you need new glasses or whether you're going deaf.

What I discovered today from using these apps:

As for your financial situation, pour yourself a glass of wine--it's more suitable than beer when dealing with money--and give these two great online tools a try.

The first is the New York Times' Financial Tuneup, which will walk you through each major component of your current financial strategy and help you take immediate steps to reduce or remove fees, lower rates, and make other changes that will help you save more money faster.

The second? Our own free Insurance Checkup, which will add up all of your assets and liabilities, plus your current insurance coverage, and produce a simple report that shows you where you've got enough coverage, where you're paying too much for coverage you don't need, and where you should buy more coverage.

(A word of advice: buy some long-term disability insurance before you eat any paperclip quiches, just in case.)