In this week’s Weekend Reads: Venmo cracking down on memos of all things, the lack of consequences for Equifax, and this McDonald’s/Rick & Morty stunt that has really gotten our of control. 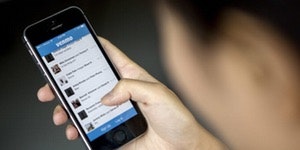 BuzzFeed People Are Getting Kicked Off Venmo For Breaking Its Very Long User Agreement For people of a certain age, Venmo is a godsend. People no longer have an excuse to not pay you back for a cab or a meal, and they can do so with sometimes funny, always emoji-filled memos. Turns out that Venmo takes these memos very seriously. Some jokey memos give the impression that people are violating Venmo's terms of service, and people’s accounts are getting suspended. So remember, next time you leave a hilarious note when you owe your friend for a latte, be aware that it might get you kicked off of Venmo. And it probably wasn’t as funny as you thought anyway. 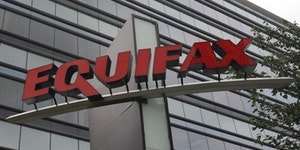 Quartz The Equifax breach happened because today’s executives know they’ve got nothing to fear Equifax! Are you tired of hearing about it? (My computer is, because it keeps trying to autocorrect it to “Equinox.”) Probably not as tired as you are of you personal data being shopped around to the highest bidder. How could this happen? Because, as Quartz notes, there usually isn't a penalty for it. Sure, some people, like Equifax CEO Richard Smith, got the boot, but Smith also got $90 million on his way out. Some execs cashed out stock. They essentially blamed the whole thing on one person who didn’t update something properly. Breaches keep happening because companies aren’t truly held responsible — and they’ll keep happening until they are. 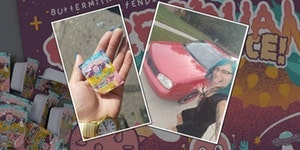 The Drive Woman Trades Single Packet of McDonald's Szechuan Sauce for Volkswagen You may have heard a lot of hubbub around the cartoon Rick & Morty, a joke about a 20-year-old Mulan-themed chicken nugget Szechuan sauce, and McDonald’s actually bringing that sauce in limited quantities. Extremely limited quantities — so limited that people threw fits when there wasn’t enough to go around and packets are hitting eBay for a few hundred dollars. Well, one woman has won this contest and showed just how out of control it’s gotten: She traded her entire Szechuan sauce collection for a 2004 Volkswagen GTI. Let that sink in for a second. I think now is when we note that Policygenius does not consider speculation of fast food dipping sauces due to an adult cartoon to be a proper investment vehicle.