This week: Bringing peacocks on airplanes (or not), how to pay taxes on your bitcoin earnings, and the downside China’s social credit score. 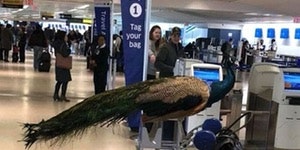 Fox 2 KTVU Woman denied emotional support peacock on United flight Emotional support animals on planes are nothing new. Emotional support peacocks are. But do they actually count as support animals? Not if United Airlines has anything to say about it. A woman was recently denied boarding with her peacock because it “did not meet guidelines for a number of reasons, including its weight and size.” But I think the real story is: how many animals did the woman test out, none of which settled her anxiety, before she realized the answer was, obviously, a peacock? 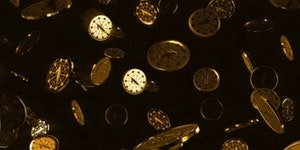 The Verge How to file your income taxes on bitcoin in 2018 Did you spend 2017 making a killing with bitcoin, losing half the value, and making it back again? That’s the rollercoaster that was cryptocurrency last year, and it sometimes happened in the span of, like, an hour. And even though bitcoin is the future of decentralized currency or whatever, people who struck digital gold might still have to include it on their tax returns, just like us cavemen who are still using dollars. The Verge has a good rundown on what’s taxed, how it’s taxed, and how the bitcoin fork affects everything. If “bitcoin fork” doesn’t mean anything to you, it might be safe to ignore this read. 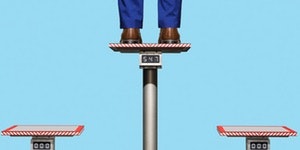 Wired In China, a Three-Digit Score Could Dictate Your Place in Society Credit scores are hard. Just ask Equifax. But things get even more complicated when you take social scores into account. China implemented one in recent years, and it considers things like how good of a citizen you are, your energy conservation efforts, and how loyal you are to the party. China’s mix of social and more traditional credit also looks at your friends’ scores; how high or low they are can affect your score. If this sounds like that one episode of Black Mirror, you’re right.