In this week's Weekly Reads, the surprisingly contentious debate behind frowning poop emojis; the humans behind the robots behind Spotify; and the struggle to accept e-bikes into our daily commutes. 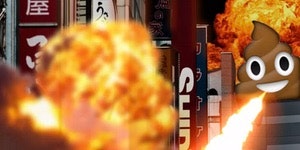 BuzzFeed Inside The Great Poop Emoji Feud Emojis are incredibly popular — and, it turns out, surprisingly controversial. There’s dissent in the ranks of the Unicode Consortium, the governing body in charge of approving emoji changes. The contentious character? The poop emoji. Or, more specifically, the potential frowning poop emoji. Certain individuals are afraid this will open the door to all sorts of expressive poop emojis. Honestly, this BuzzFeed article is worth it just to see “PILE OF POO” written multiple times in all caps by professionals. 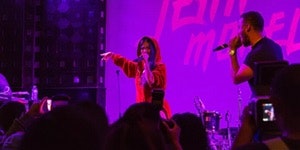 The Verge Three nights following Spotify playlist editors around New York’s live music scene Spotify has changed the way many people have listened to music. And since the Discover Weekly playlist is perfect, you might be happy to hand over all taste-making tasks to robots and algorithms and call it a day. But turns out there are more humans involved in Spotify’s decision making processes than you might think. If you’re wondering how all of those playlists you listen to surface the latest and greatest artists, take a tour of New York City’s music scene with The Verge and a handful of Spotify’s real life human curators. 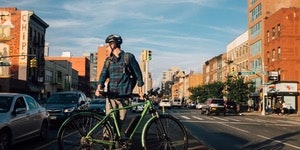 The Outline Everyone hates e-bikes Bikes are an invaluable part to any big city. They’re an easier (and cheaper) alternative to a car, and they can alleviate stress on public transportation systems. And electric bikes — e-bikes — can be even better, because they let you get around faster without as much pedaling. But turns out, when you’re riding something that’s in between a bike and a car, you’re hated by people who use bikes and cars, and also neighbors and city officials. Cities aren’t really sure how to regulate e-bikes, and The Outline has a good look at how this is slowing adoption of a potentially useful form of transportation.