In this week's Weekly Reads: The financial reality of health insurance plans, the fight for net neutrality, and the environmental cost of bitcoin. 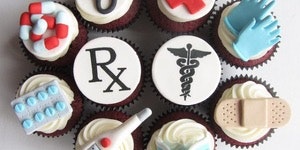 The Billfold My Bronze Health Insurance Premiums Will Cost $6,967.20 in 2018 We’re obviously huge proponents of insurance here at Policygenius, and health insurance is no exception. In fact, since medical bills are the leading cause of personal bankruptcies, it might be the most important insurance you can have. And while Obamacare expanded the number of people who are insured, it sadly isn’t always cheap, as this personal account from Nicole Dieker at The Billfold shows. Dieker doesn’t qualify for a subsidy, and the Bronze plan she’s going with is going to cost her nearly $7,000. But the thing is, she’s still paying it, because she knows that being insured is important and the protections you get, like out-of-pocket maximums, are worth it. Buying health insurance isn’t always an easy choice, but it’s usually the best one. 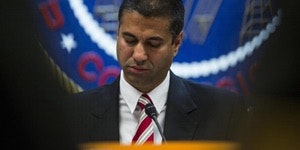 Motherboard FCC Chair Ajit Pai Falsely Claims Killing Net Neutrality Will Help Sick and Disabled People So the FCC is trying to kill net neutrality, and people aren’t happy about it, for good reason. Net neutrality protects a fair and open internet, and getting rid of it only serves big corporations. So how is the FCC justifying it? Partly by lying. Industry lobbyists argue that net neutrality restrictions are holding back telemedicine, even though exceptions are carved out in current FCC rules for such services. Of course, as Motherboard points out, the FCC has gotten anti-net neutrality comments from dead people, so this isn’t necessarily the most nefarious tactic that’s been used. 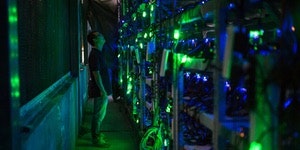 Grist Bitcoin could cost us our clean-energy future You’ve heard of bitcoin, right? The digital currency that has jumped 80% in value this week, making you regret all of your financial decisions of the past five years? Apparently, it might be destroying the environment, because “each bitcoin transaction requires the same amount of energy used to power nine homes in the U.S. for one day.” But I’m here for the article comments (I know, not what usually happens online). There are people discussing the accuracy of the article, the difference between bitcoin mining and transactions, and where certain numbers are being pulled from. I don’t know enough to comment on who’s right, but it raised a good point: Bitcoin is likely going to be part of the future (and the present), so people need to start having conversations about it.