This week: The plan to replace food stamps is a food box; the pizza capital of America isn't where you'd think (or maybe it is, if you thought Detroit); and the weirdest Super Bowl bet lasts long after the game is over. 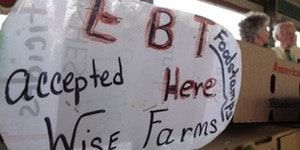 Politico Trump pitches plan to replace food stamps with food boxes One tiny detail you might have missed in the Trump administration’s proposed budget: Using a “Blue Apron-type program” of food boxes to replace food stamps. Besides not being particularly Blue Apron-like, there are a lot of issues that would keep this program from being feasible. How would people get deliveries? How would the boxes account for food allergies? How long would the contents be expected to last? Why would you claim to model a program after a company whose stock as dropped 60% since it went public. Needless to say, these questions (and more) will probably keep the program from being enacted — but the cuts to SNAP are likely real. 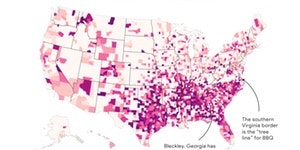 Google News Lab What is the Pizza Capital of the US? Besides being the setting of The Office, Scranton, PA is known in some circles as the pizza capital of America. Unfortunately, Google is not one of those circles. The search giant has named a few different food capitals of the USA using various data points. The real pizza capital? Detroit, apparently. Other coronated cities include San Antonio for Mexican food, NYC for Chinese food, and Orlando for sandwiches. Check out the data to see if your city made any of the list, and be sure to tweet at Google if it didn’t! 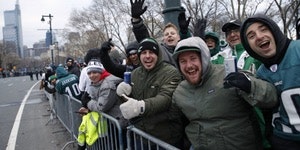 NPR There Is A Competition To Avoid Learning Who Won The Super Bowl, For Some Reason Spoiler warning for anyone participating in Last Man: The Eagles won the Super Bowl. What’s Last Man, you ask? It’s a competition to see who can go the longest without finding out the Super Bowl winner. It’s a weird contest, but it’s made all the more fascinating in an age of social media, where one errant Twitter trending topic can ruin it. Listen to this short clip from NPR’s Weekend Edition Saturday for more on the game.