In this week’s Weekend Reads, take a look at some of the Internet’s most clever ways to say "Thanks but no thanks."Plus, Warren Buffett is (still) winning his millionaire's bet, Startup L. Jackson retires, how you can eat healthy on the cheap, the linguistic origins of garbage people, and the rise of digital sweatshops. 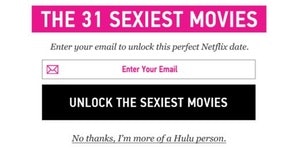 The AwlLines of Text I've Clicked to Exit Pop-Ups, Ranked From Least to Most True

It’s a tale that’s nearly as old as the Internet: you read a great article on a site when suddenly there’s a popup. It’s an offer to sign up for the site’s newsletter or a special deal that you can only get through this offer or something. But maybe you don’t want to sign up. Maybe you’re already subscribed, or your inbox is bursting at the seams and you don’t have any idea what’s already being sent to it, or you’re cool with finding fun articles through your Facebook newsfeed. Once, you’d click a simple "No thanks." Well, websites have gotten wise, and at best that "No thanks" has transformed into something to entertain you – Netflix’s "No thanks, I’m more of a Hulu person" – or shame you ("I prefer to pay full price," with an implied "...like a dummy"). Check out this list, and let us know in the comments if you have any of your own favorites! 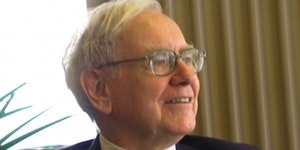 Planet MoneyArmed With An Index Fund, Warren Buffett Is On Track To Win Hedge Fund Bet

Investing is hard. That’s why we hire people to do it for us, like hedge fund managers. And then we complain that hedge fund managers are too rich. And also they aren’t making us as much money as we want. Actually, it all sounds like a pretty bad deal. Warren Buffett thinks so, too, and he’s even richer than hedge fund managers, so I choose to side with him. Oh, and he’s winning the bet he made that a boring old index fund would do better than actively managed funds. Buffett bet a million of his own dollars, which I assume he forgot to take out of some pants before he washed them or found in between some couch cushions or something, that over a 10 year period a Vanguard index fund would outperform hedge fund managers, and 8 years in he’s totally killing it. It’s a fun look into how people with a lot of money entertain themselves in between rounds of the most dangerous game. And thanks to Planet Money being a wonderful podcast, if you don’t feel like reading it, this is also a Weekend Listen! 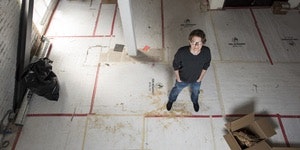 Silicon Valley can sometimes seem to take itself too seriously (maybe inevitable when you have potential billion dollar "unicorns" popping up all the time. I mean, have you watched Silicon Valley? That would stress me out for sure). That’s why Startup L. Jackson, who, in addition to scoring the best Twitter handle of all time, had some very funny critiques of the startup culture, was so great. He was knocking everyone down a peg, and then people began to take him just as seriously as they took everything else in Silicon Valley. And then he disappeared. His true identity finally been revealed, and if you’ve been itching to know how he got his online persona started, how it took off, and why he finally retired it, this is a good read. 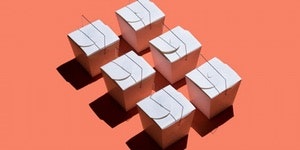 MottoHow to Save Time and Money—and Still Eat Healthy

You know what’s really important? Eating food. You know what’s really expensive? Also eating food. And eating healthy food? What am I, made out of money? Services like Blue Apron have the healthy part down, but they’re pricey, especially when you’re talking families and not Brooklyn #hipster #Millennials. But freezer-meal clubs, where you make a giant batch of food and swap portions with other members of the club, are a great alternative. It’s got it all: great food (maybe, depending on the members of the club), big savings on meals, and great company while you swap (again, depending on the other people. Maybe vet the club before you join?). And if you follow these guidelines, it’s super easy to get started. We’re all about saving money and reducing the risks in life here, so if you can get healthier food at a lower cost, that’s something we can get behind. 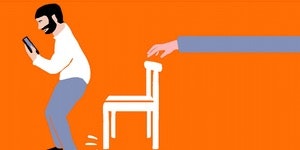 Of all the Internet insults, "garbage person" is perhaps the best. In fact, I’d go so far as to say it’s one of the best insults you can sling in real life, too. It’s immediately understandable – even if you don’t know exactly what a garbage person is, you have a pretty good idea of what a garbage person is – it’s so absurd that it can be mean or funny depending on how you need to utilize it, and it has its roots in both 16th-century figurative use of the word "garbage" and Charles Manson using the actual phrase "garbage people," so you can sound completely sophisticated every time you type it. Plus, if you read this article about sentence structure and nouns and prenominal modifiers, you can have a leg up grammatically, too, which is one of the Internet’s other favorite things (and when you get called a "grammar Nazi" you can throw "garbage person" right back in their face). 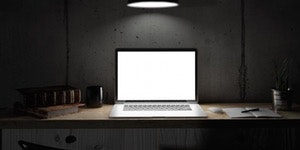 Here in America, we think of technology and how it’s going to take jobs away from us. What if, in other parts of the world, it’s actually creating jobs? And what if those jobs aren’t all that great? The fear is that in some areas of Asia and Africa, digital jobs like data entry are going unregulated and are creating digital sweatshops: less physical labor, but the same old neglected wages that we know and hate about regular sweatshops. The unique globalization challenges of digital work, where you don’t have a factory but maybe a single person in a completely different country than the company they’re working for, makes it hard to track how and if people are being abused, but it’s nice to see that there’s research being done on this, and hopefully companies and governments are willing to crack down on these sorts of issues.