The gender wage gap is a very real thing, but we often simplify it as "women make less than men." Sarah Kliff’s deep dive into the issue for Vox, though, shows a systemic problem about how the deck is very much stacked against women. So what do we do to make 2016 the year of pay equality? We...challenge socioeconomic norms around business, family dynamics, the workplace, and capitalism? Or we all become pharmacists, a profession with very little wage discrimination? Okay, we have to think on this a little more, but in the meantime read Kliff’s article so you understand what the problem really is. 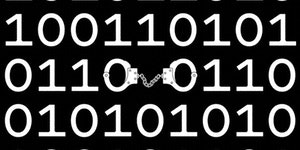 Algorithms are really good for us, right? They give us driving routes and music playlists and social media newsfeeds. And, because they’re cold, emotionless computers, they do things with soulless efficiency and without bias, right? Right? No, of course not, or I wouldn’t be asking. Algorithms are designed by humans and, more often than not, are black boxes that we can’t see into. That makes instances where, for example, they’re used to determine recidivism rates – and black defendants are "falsely labeled future criminals at almost twice the rate of white defendants" with a 40% chance of being wrong – more than a little unsettling. Our credit scores are also determined by algorithms, and we have the right to exam and challenge that. Shouldn’t we have that same right for every algorithm? Those are the types of questions we’re going to have to ask ourselves in the future – or, y’know, the present. 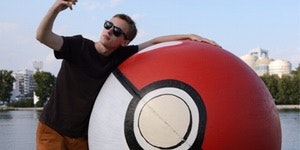 We try to have a little fun here with the sometimes-dry topic of life insurance, but there are some insurance products out there that are fun all on their own, like Taylor Swift breakup insurance or alien abduction insurance. Adding to that list? Pokémon Go insurance. Maybe offering free insurance for Pokémon Go-related incidents isn’t such a terrible idea considering we’ve seen stories of people walking into traffic, off cliffs, and into lakes, not to mention getting mugged and coming across dead bodies… Wow, this game sounds really dangerous. Is it really made for children? Well, no, it’s made for grownups who are reliving nostalgia via their smartphones, but they need protection, too!