In this week’s Weekend Reads: just how much money you’re leaving on the table by not taking vacation days, how and why Google’s emoji are moving beyond the blob, and everything you need to know about not investing in Bitcoin. 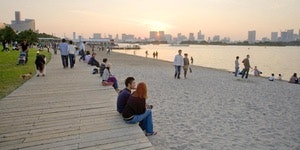 When most people think about their compensation at their job, they think about their salary, for obvious reasons. Maybe they throw in insurance options and whether or not they get 401(k) matching. But vacation time is usually considered a perk, like whether or not the office allows dogs. They miss the point that since vacation time is paid time off, it has a monetary value to it. If you don’t use your vacation days, you’re shortchanging yourself. The average unused vacation time in the U.S. is $604 per person. We’re wasting over 200 million total vacation days every year as a country! This isn’t what our Founding Fathers would have wanted. So once Memorial Day is over, don’t forget to use your actual vacation days. You earned it. 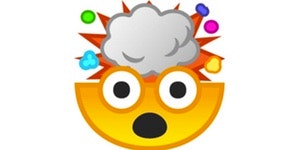 You know what are really interesting? Emoji. To some people they’re just a way for our youth to get even worse at spelling, but their are a lot of societal quirks when it comes to emoji. Like, should Apple be using a water gun instead of a real gun? How do we implement different races and genders? How can professions be depicted in a way that’s universally recognized? Why are we so immature that kids and old people both find using the eggplant emoji funny? Google has been in a weird position because their emoji are more blob than people, but they’re finally updating them to help better show the nuance in modern emoji. This is a pretty big deal, as the divide between people who love the blobs and people who hate them is a Team Edward/Team Jacob level rivalry, but Google has made their decision. You’ll just have to wait until Android O is released, and then actually be able to update your operating system. 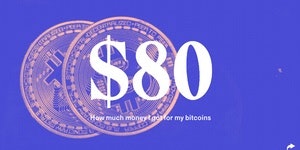 The OutlineWhy I just sold all my bitcoin

Bitcoin! You’ve probably been hearing a lot about it recently. In fact, you might have read about it in this PolicyGenius post. Or this PolicyGenius post. And although we’ve been talking about the explosive growth and high risk, high reward nature of the cryptocurrency, here’s something of a cautionary tale. It tackles a pretty crucial question: when your Bitcoin is worth a billion dollars…what do you do with it? How do you get real life dollars out of digital currency? Is this like a Weird Science situation, where you have to plug your computer into some Monopoly money and it gets transformed into "real" money? Turns out, it involves just using an ATM of questionable proficiency. I guess this is the future, folks.