We're back with Weekend Reads, so you can catch up on the best of what you missed this week!This week, we look at what happens when utility companies decide to institute an Uber-esque surge pricing model, why Facebook is getting into the real estate game, and what Amazon Prime's new student loan offering means for the future of student loan debt, as well as the next season of The Man in the High Castle (probably nothing). 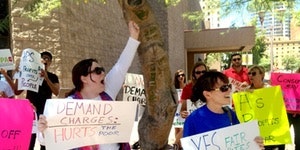 Uber has had several publicity issues (that’s the nicest way I can think to phrase it), the most recent being getting slapped down "for probing the personal and professional lives of a man and his lawyer under false pretenses". A persistent issue customers have with Uber revolves around surge pricing. People hate it. Like, a lot. So it’s not surprising that "surge pricing" for utilities isn’t any more popular. Considering the temperature in New York for the past week has been approximately a million degrees, I can relate to the concern of skyrocketing energy bills. The idea is to encourage customers to not run appliances during peak hours, but that’s really asking a lot when the only thing you want to do is turn the A/C on full blast so it feels less like you’re melting. 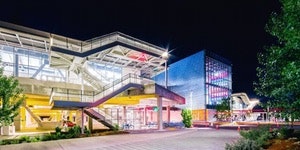 You already live most of your life on Facebook, so is it really that big of a jump to live in Facebook? Or, rather, live in a Facebook apartment? That’s right: Facebook is going to build apartments for the general public, presumably because you can also put ads on the sides of buildings. It’s no surprise that Silicon Valley could use more housing. (It is a surprise that Facebook has a head of real estate, but who am I to question them?) This could end up being a huge boon for the area, especially since units will be reserved for low- and middle-income families. But remember how in 1984 everyone’s apartment had telescreens so they could be monitored? Just sayin’. 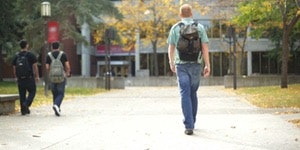