In this week's Weekend Reads: how Donald Trump's tweets affect the stock market, the mathematical formula that tells you if your own tweets are bad, and the squabbling artificial intelligences that will be our overlords in the future. 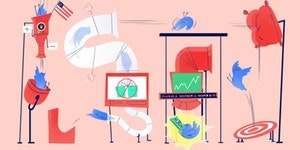 President Trump. You may have heard of him. Or maybe you've read his tweets, because he tweets a lot. But it's harmless, right? He's just letting off steam in between rounds of golf? Turns out his tweets might carry more weight than they seem - particularly when he's tweeting about companies. Do individual stocks rise and fall when the president shows his support or disapproval of certain companies? The folks over at Planet Money wanted to find out, so they created BOTUS: a bot that would automatically buy or sell stocks based on what Trump tweets. It's an ongoing experiment, so listen to the podcast episode and follow the bot on Twitter to track its progress, and see the exact point when it becomes sentient. 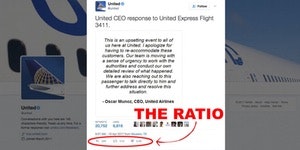 EsquireHow to Know If You've Sent a Horrible Tweet

So back to Twitter: are you good at it? Do you send good tweets? Probably not, judging by the general environment of Twitter, but sometimes it's hard to tell. Luckily, there's a (mostly) clear cut way to find out: The Ratio. What is The Ratio? It's the number of replies a tweet gets compared to the retweets/likes. Retweets and likes are a low-effort way to show support for a tweet, but a reply is really the only way to disagree with/mock/shame a tweet. So, the theory goes, the higher the reply-to-retweet/like ratio, the worse the tweet. Example? United Airlines CEO Oscar Munoz's non-apology after The Incident, which at one point had 61,000 replies and fewer than 28,000 combined retweets and likes. Sad! 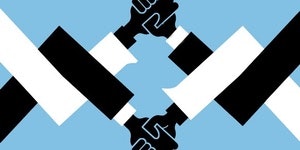 Okay, I was just kidding in that first section. A stock trading bot isn't going to come to life and enslave humanity. It'll be these two artificial intelligences, and they'll do it after a bickering session. At least, that's what'll happen if generative adversarial networks - where two AIs spar and try to outsmart each other - reach their logical conclusion. Right now they seem to just be arguing about images, but they'll probably move on soon. Maybe they'll start arguing about which movie in the Fast & the Furious franchise is best, or who should get into the Rock & Roll Hall of Fame, or how they should carve up North America after they go Terminator/Matrix/Ultron/etc on us. Now is the time to rise up, while they're still distracted!