In this week's Weekend Reads: What fans and companies can learn from NPR's Tiny Desk Concert series, the real-world knowledge that goes into creating a fake-world language, and everything you can do to help your credit and hurt your finances. 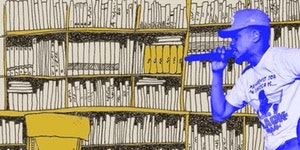 The Ringer How NPR’s Tiny Desk Concerts Took Over the Internet If you’re a hardcore music fan, you’ve probably heard of NPR’s Tiny Desk Concert series. If you're an average music fan, but you like listening to wildly popular artists (Adele, T-Pain, Chance the Rapper) and discovering new bands, you should be listening to Tiny Desk Concerts. In short: NPR sticks a musician in an office (as Chance puts it, "actually actually in an office") and they perform stripped down versions of songs. It's a crazy popular series, and as more sites become desperate for visitors and viewers and "pivot to video" it's seen a lot of imitators. The Ringer has a great in-depth look at Tiny Desk's evolution and how NPR has built it into an online juggernaut. 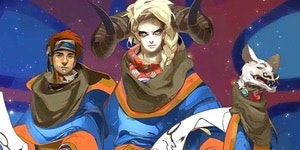 Steam Devs - Inspiration for the voiced clips in Pyre? I'm a big fan of when creators go through the pains of making a fictional language to add authenticity to their world. It's why a recent Weekend Reads talked about Duolingo offering High Valyrian courses. Pyre is a very good game released by Supergiant Games, and over the course of playing wizard football (you should really just buy the game) it fleshes out a pretty in-depth world. In a thread on the Steam forums, Supergiant Creative Director Greg Kasavin delves into how he created Pyre's Sahrian language using a mix of Latin, Russian, Japanese, and romance languages to make it sound real. It's a cool behind-the-scenes look at the creative challenges of worldbuilding. 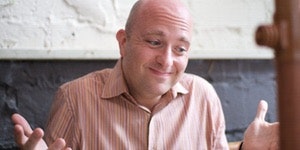 Two Cents Habits That Give You Good Credit Can Still Be Bad For Your Finances Credit! Everyone needs it, no one knows how it works. Seriously, there are a lot of things out there that could help your credit but not much else. For example, opening a bunch of credit cards really helps your credit utilization...but then you have a bunch of open credit cards. Or a personal example: I constantly get recommendations to take out a mortgage or a large loan to boost my credit score. No thanks. Kristin Wong has a nice roundup of the different ways your financial decisions can be good for a very specific reason - boosting your credit - while doing some real damage to your overall finances.