In this week's Weekend Reads: Is it okay that teens aren't finding summer jobs like they used to, and opting for school and internships instead? Are you cool with your Uber driver recording you - and posting the video online? And will spiders use their advanced web abilities to take over the world? 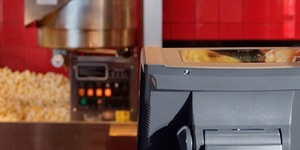 Summertime means summer vacations. But for teens across the country, it also means summer jobs. Or, at least, it used to. Turns out kids these days aren’t working all that much. In fact, they don’t event want to be working. Why? Because they’re lazy, probably, right? To the dismay of older people, the truth is it’s because young people are too ambitious. They’re more focused on taking summer classes or internships at companies rather than being ticket takers at a movie theater for a few months. There are also more economic reasons — minimum wage has increased over the past few decades so companies aren’t hiring as frequently for positions normally filled by high schoolers, and a tough economy saw more grown workers taking jobs they usually wouldn’t — but a lot of it can be attributed to students spending their time more wisely. Don’t worry, there will be something else we can blame them for soon enough. 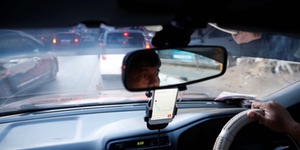 QuartzUber drivers are filming their riders and sharing the tapes online

Uber is one part unicorn, ten parts Silicon Valley black eye (seriously, David Bondsman, all you had to do was not say a sexist thing during a high profile all-hands meeting), but the attention is usually on the company itself. This time, we’re talking about the drivers. Specifically, how drivers are filming passengers more and more often. It’s hard to blame them for it, since there have been a number of instances of drivers being abused, whether it’s being threatened with false rape accusations or getting into shouting matches with the Uber CEO, but it brings up a lot of questions. Should these videos be posted online? (Probably not.) Are drivers researching the recording consent laws in their states? (Hopefully.) Will they ever be considered employees? (LOL no, of course not.) Next time you get into an Uber, see if they have a sign saying they’re recording you before you say or do anything you don’t want posted on YouTube. Or just don’t say or do those things anyway. 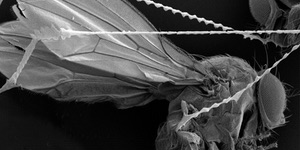 The AtlanticThe Spider Web That Gets Stronger When It Touches Insects

Spiders are very creepy but endlessly fascinating. Take spider webs, for instance. Scientists have been researching spider webs to see exactly what makes them stick. Turns out there are two types of spider webs. The sticky ones aren’t always great at capturing bugs (but great for humans to walk into). There are also "dry" webs that absorb the wax that bugs use to retain water; this reinforces the web, making it nearly impossible for them to break free. Cool, right? Like, a little unnerving to think that spiders have so perfectly adapted to being able to ensnare prey, but cool! So when you go see Spider-man: Homecoming this summer (because you know you are) and Peter Parker starts doing everything a spider can, remember that one of the things a spider can is use its prey’s own biology against it. That’s a summer blockbuster right there, or at least a low-budget horror film.