In this week's Weekend Reads, build an emergency fund and learn not one but two ways to deal with your student loan debt!

Plus, find out why celebrity death hoaxes are just another form of online scamming, read the most unsure description of the hot new mobile game Stolen, and see if Etsy's astral marketplace provides services that are real. Or legal. 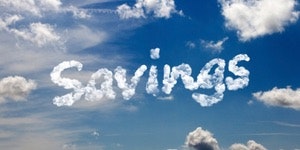 Having an emergency fund is really important. It’s one of the first things you should take care of when you’re looking to take control of your finances. Whether it’s three months, six months, or a year, having enough of a reserve means that if you get laid off or have unexpected expenses, you don’t have to put off paying for important things, like, y’know, eating food or having a place to live. But sometimes it can feel like there’s just not enough money to save. Luckily, Get Rich Slowly has a whole list of tips that will allow you to squirrel money away even if you’re already on a tight budget. From automating your savings to making a game of it, you’re sure to find a way to make building your emergency fund just a little easier. 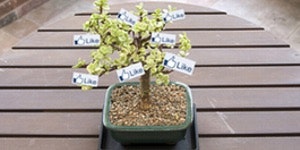 Snopes - Death Hoaxes, Like-Farming, and You

There have sadly been some high-profile celebrity deaths in the past few weeks. It can be hard to tell which announcements are real and which are hoaxes that spread like wildfire across social media. But there could be more to the fake death announcements than mean-spirited jokes by people with too much time on their hands. Turns out they’re often part of the long, storied history of Internet scams. Some bad apples create a death hoax story, it gets passed around social media, which gives it validity and makes it more popular, and then the story is swapped out for some scam or malware. So be vigilant! Don’t let the bad guys take advantage of our obsession with social media and our love for random rich people we’ve never met. 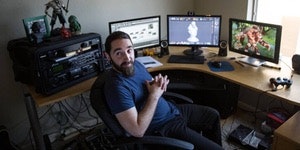 Student loan debt is like glitter: it’s everywhere, and there’s no way to get rid of it so you’ll be dealing with it for years. It’s very hard to get student loan debt forgiven – not even good ol’ bankruptcy can help you out there – but did you know there’s a federal law that can help you out? Of course you didn’t, because it’s been around for 20 years and there have only been five applications for it...until the past 6 months, where that number has jumped to around 7,500. Basically, if a student can prove that they were defrauded by a school – say, by lying about graduate salaries – then they can get off the hook for what they owe. Even though there are legit reasons to use it, the government seems to think that the huge spike is from people who just can’t find a job or get out from under their debt. Can’t say I blame them. Especially when the alternative is... 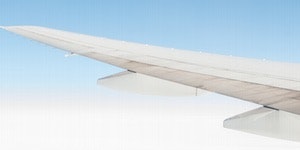 Vice - Debt Dodgers: Meet the Americans Who Moved to Europe and Went AWOL on Their Student Loans

...international debt dodging! Travel the world? Stay in hostels? Avoid crushing debt? You too can lead this jet-setting lifestyle of leaving your financial obligations behind with self-imposed exile! It’s true that the student loan situation in America is dire, but this hardly seems like the best solution, especially considering some of the people in this article have put their families on the hook for their debt. And while education costs definitely need to be addressed, convincing people who certainly can’t afford it that $30,000 a year for film school or transferring to a private university in New York City might not be the best idea is a good place to start. 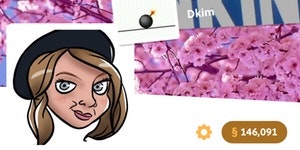 It’s hard to keep up with all of the Snapchats and Peaches that the #Millennials are using on their phones these days. But Stolen might be the strangest app ever. Here’s what I’ve been able to vaguely piece together: Stolen is a game? That uses real life Twitter handles? That you "pay" for with in-game currency? And you can give accounts nicknames (that will probably be hateful/racist/sexist, because the Internet)? And other players can buy handles and the goal is to buy them back and control as many as possible, or just your favorites, or something? And that's sort of it? Seriously, if someone can explain this better, can you please comment below? 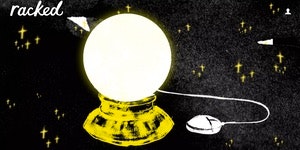 Racked - Artisanal Futures: Welcome to the age of the Etsy psychic

Etsy! It’s the place you go for handmade chair leg cozies, bedazzled iPhone covers, and plummeting stock prices. And now, you can also buy psychic readings, tarot card readings, crystals, and all other sorts of metaphysical items and services as people trade in their crystal balls for smartphones. Racked has an interesting look not just on how these jive with Etsy’s terms of service, but also the legality of promising supernatural results in exchange for money. So what’s one to do? Well, there are a lot of options on the marketplace for just a dollar or two, so try your luck if you’re so inclined. But maybe avoid $3,000 psychic readings until you can vet the mystic thoroughly.