In this week's Weekend Reads, we wonder if Silicon Valley is enough like real life that its ads should be considered legitimate news stories.Plus the case for forcing rich people to pay higher rents, how the minimum wage could take a bite out of crime, fewer commercials on your Saturday nights, Snapchat's interesting contribution to democracy, and a sad alert about your dog hating you because you love him too much. 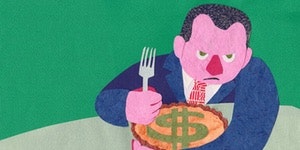 Financial Samurai - Why The Rich Should Pay Higher Rents: An Airbnb Employee Explains

If there’s one thing people do not like talking about, it’s salary. It makes coworkers anxious and jealous. And Silicon Valley salaries are even more of a sore subject, as the typically-high pay raises the cost of living in places like the Bay Area and creates an us-versus-them mentality between the techies and everyone else who can’t afford a place to live within an hour’s drive of their workplace. So when Haseeb Qureshi wrote a blog post not only about his salary but about how tech companies fought over him, giving him a cushy six-figure paycheck, most people got a little defensive. But our friend Sam the Financial Samurai decided to take a different approach to it. He took the opportunity to talk about income tethering and the fact that (as the article title implies) landlords should "take advantage" of high-income earners by increasing their rent. This would, in theory, reduce the demand for housing and keep rent from skyrocketing like it is. Whether you agree with him or it would actually work is a whole different story, but it’s nice to see someone using a salary conversation to talk about wider financial issues instead of shying away from it. Kudos, Sam and Haseeb. 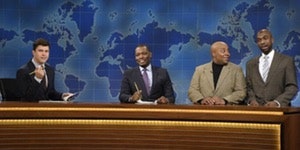 One thing keeping cable subscriptions hanging around like some sort of zombie entertainment delivery system is live television. This usually means sports and, more recently, terrible live musicals on NBC, but there’s also Saturday Night Live. You might forget that SNL is live, despite the fact that it’s a third of its title, but that’s only because it’s been on the decline as far as being a cultural touchstone is concerned. But it still has a decent number of viewers, and it’s evolving: it’s removing 30% of its commercials from episodes and is going to start doing branded content, which is a thing that’s sort of like product placement but even sneakier about not letting you know that it’s advertising. It’s definitely a sign of the times that even mainstays have to change to compete with the internet and all of the other entertainment venues it offers, and we’ll find out next season if it’s worth the effort for Lorne Michaels and crew. 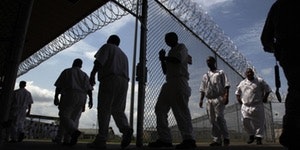 We all know how it works: someone commits a crime, that someone goes to jail, and the world is a better place (unless we’re talking about Breaking Bad, where seemingly no one goes to jail). But what if putting people in jail was kinda...pointless? Apparently incarceration isn’t the cure-all for crime that some people hope. But that doesn’t mean we’re going to descend into a Mad Max-style lawless wasteland (yet). A new report suggests a few steps we could take to not only reduce crime, but do it more cheaply than just building bigger prisons. Raising the minimum wage to $12 could potentially reduce crime by 3-5%, while dropping $10 billion on incarceration costs would only reduce crime by 1-4% (but using that $10 billion to expand policing could reduce it by up to 16%). Granted, increasing the minimum wage doesn’t make for a particularly exciting episode of Cops but I think that’s a small sacrifice. 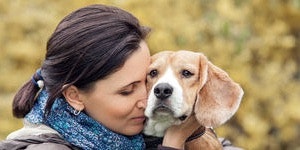 This is a Weekend Reads PSA: don’t hug your dog! I know, it’s tough. They’re sitting there being all cute and fluffy and you just want to hug them. And people love hugs, right? Sure, but dogs, no matter how many Instagram accounts we give them, are not people, and hugging them means that they can’t run away. Considering that dogs favor the "flight" part of "fight-or-flight", what you’re really doing is trapping them and stressing them out. A lot. So instead of hugging your dog read this article, learn the telltale signs of "woof woof WTF let me go I hate this," and stick to bones and updating their Insta for them since they can’t do it themselves without opposable thumbs. 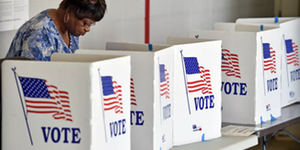 The Verge - Snapchat is fighting to legalize ballot selfies

It’s election season! Have you voted yet? I sure hope so. Did you take a selfie of yourself voting? Snapchat sure hopes so. Apparently there are a lot of policies and laws in place when it comes to turning a voting booth into a photo booth, and Snapchat, for obvious reasons, doesn’t like that. After all, if you can’t take a picture of yourself voting, how will people believe that you’re doing your civic duty? Those "I Voted" stickers? Social media buttons? Telling them yourself in person? Both sides of the argument seem fair. On the one hand, laws are in place to bolster privacy rights and prevent things like coercion; on the other hand, reporters can take pictures at polling places, and is vote selling really that widespread of an issue? And on the last hand, can you seriously not refrain from selfies for the four minutes it takes to submit a ballot? Self-restraint, people. #Getoffmylawn 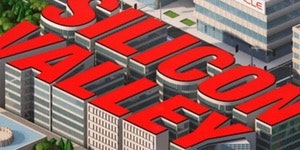 HBO is an up-and-coming content provider with small-but-promising offerings like Game of Thrones, Veep, and Silicon Valley. It’s no wonder that they’re reliant on viral marketing campaigns, like GoT’s mostly-failed "dragon attack" in Union Square, or Silicon Valley hijacking Google Posts for fake-real news stories. Silicon Valley has always done great at lampooning the startup experience (as the founders of PolicyGenius can attest to) and showing a Bloomberg video asking "Are Hooli shares on a tear?" is bridging the gap between fictional and real (but so absurd it sounds fictional) even more, considering Bloomberg is real, the video is from Silicon Valley’s season premier, and Hooli is a fake Google stand-in. Google seems surprisingly okay with this advertising considering Posts was launched as "a tool...for presidential candidates" but then again, Google has never been one to look a gift advertising platform in the mouth.