Weekend Reads: Ruts and your right to repair

Guys, I know new Pokemon were released in Pokemon Go just in time for the weekend, but before you catch 'em all, catch up on the news with our Weekend Reads: Learn what to do when you find yourself in a rut, find out how many Millennials would rather disclose an STD than student loan debt, and discover how a new bill could determine your ability to tinker with your iPhone. 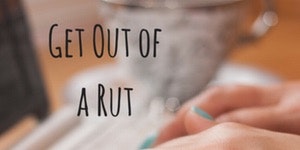 Everyone gets into a rut sometimes. It happens, and it's really not the big a deal. What's worse, though, is when that rut turns into a cycle. You're in a rut, so you don't want to do anything, so you don't feel productive, so that gets you more down, so you really don't feel like doing anything... It's a real bummer of an Inception. That's why the best thing you can do if you find yourself feeling blue is to figure out why. Are you overloaded? Unsure? Uninspired? Burnt out? Kristen Wong's article is great because it not only gives you pointers on figuring out the why of it all, but also how you can get out of a rut - including a real, actionable first step you can take. 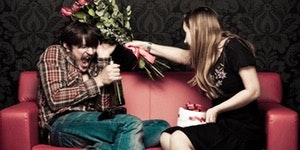 Bloomberg - Are Young Americans Ashamed of Their Debt?

Valentines Day has come and gone. Hopefully you spent it with a loved one. Or hopefully you're perfectly happy being single, focusing on yourself and not giving into the commercialization of affection. Either way, let's talk about STDs. Hey, it's not me who wants to talk about it, it's you (assuming you are one of the Millennials who participated in SoFi's recent survey that found that people are more willing to talk about their STDs than their debt). This is a little misleading - just because people would rather talk about their chlamydia than their credit score doesn't really mean they want to talk about either - but it shows that, even beyond the real financial impact debt has on us, there's a huge psychological toll, too. But you should talk about both with your partner! Before you say "what's mine is yours," you really should let them know that "theirs" is about to be $25,000 in higher education bills. It's only fair. 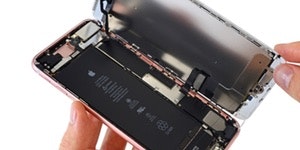 Have you ever broken your phone and thought, "Huh, I wonder if there are so few places to get this fixed because there isn't the proper regulation in place that allows me to do what I want with this physical item I payed $700 for"? No? Well, there may soon be "right to repair" laws on the books in many states soon. See, right now, Apple, John Deere, and other manufacturers limit who can repair their items. If consumers try to do it, they'll void their warranty (and it's an onerous process that may require special tools), and repair shops often have to pay a fee to the manufacturer. Manufacturers argue that it can be dangerous, and so rather than tell you how to make a repair safely they try to hide as much as possible and make you pay (a lot) for it. Sure. Anyway, eight states have right to repair bills being considered, and Apple, among others, is testifying in Nebraska to fight the first one up.