In this week's Weekend Reads: Is Lyft truly the lesser of two evils? What happens when your year-long reality show is canceled in six months but nobody tells you? And what do you do when you realize you have no one to talk about Tamagotchis with? 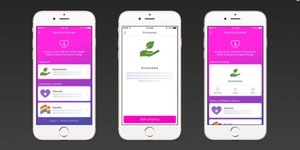 CNNLyft says round up your fare and donate to charity

Uber has had a rough...week? Six months? To-be-determined amount of time? If you were one of the 200,000 people to #DeleteUber, you probably switched over to Lyft. But is Lyft really that much better? If you listen to the company - or its president, a white guy who uses the word "woke" way too much - the answer is yes. If you listen to its diversity report (still MIA), its business practices (not as bad as Uber, but that bar is so low it's buried), or it's drivers (happier than with Uber, because at least they get tipped) the answer is unclear. Still, Lyft is riding Uber's bad press as long as it can, and up next is Round Up & Donate, where you can round up your ride fee and automatically donate the difference to a to-be-named charity. We're skeptics of apps that do things with your spare change, but this is literally the least you can do to donate money, so it could be worthwhile, at least until you switch to Gett or Juno or whatever tomorrow's rideshare app will be. 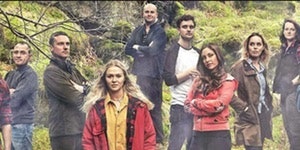 Most of us probably wish we could have skipped most of the past year. Well, a group of people in Scotland were able to, as part of a Survivor-style reality TV show where they were isolated and forced to live off the land. Imagine coming out and seeing how the world has changed: Donald Trump is President, the UK is leaving the EU, there's a new Nintendo system, your show got canceled six months ago. Wait, what? That's right - apparently, the show went dark after four episodes of bleeding viewers. Studio executives say the rest of the episodes will air...at some point, so even though it was a waste of time now, it might not be in the future! That's a real glass half full way of looking at things. At least they got to miss "Cash Me Outside" girl. 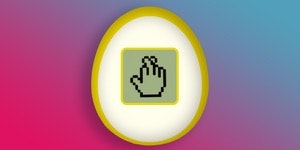 The RingerInside the Secret World of Tamagotchi Collectors

Did you know that Tamagotchis are alive and well? Okay, maybe not really, since those things die in like six hours, but the online community around them is really burgeoning. As with many other groups, the internet allowed otherwise-isolated individuals to connect with people all over the world, long after everyone else moved on from Tamagotchis to, like, Minecraft and stuff. The online community has been especially helpful to American Gotchiheads (just floating that out there, take it or leave it) since there hasn't been a new Tamagotchi released in the US for the past two years. The internet lets them get their hands on rare devices and even translate them to English. I think the most important takeaway from this story, though, is that they were still releasing new Tamagotchis in America until 2015. Take that, Furby.