What's the future of public transportation? How do you buy Snapchat's Spectacles from a vending machine? What money moves can you make while you're waiting for your flight? Find out in this week's Weekend Reads! 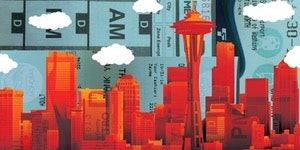 Cities. They’re where you can find a diversity of people, tall buildings, and shawarma stands open until 3am. But with so many things to do and see, cities have to figure out how to get people from one place to the other. Outside of people owning their own cars, which is an impractical cost in many big cities, it comes down to two things: public transportation or cabs. Or, increasingly, Uber and other rideshare options. That last one represents a real issue because of the disruption that's making many people question the future of travel. Take Seattle, for instance: do they spend millions of dollars and decades building out their light rail system, or wait for the inevitable driverless cars to make personal transportation a breeze? It’s a pretty heated battle, and it’s one that a lot more cities are going to have to take part in as they decide how much they should spend updating and building infrastructure, or if they should just make way for a future that was, recently, unforeseen. 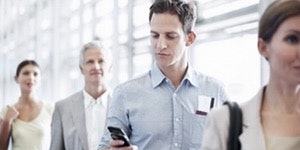 It’s almost time for the holidays! As you plan trips to visit family and excuses to get out of visiting family, don’t forget to plan the most important thing of all: how are you going to pass the time waiting in those long TSA lines? Well, why not freshen up your finances? Sign up for budgeting software like Mint or You Need A Budget, get investments ready, check your credit score, set some money goals, donate to charity, and pay your bills — all before you get frisked! Plus, you’ll be getting a head start on your New Year’s resolutions, one of which is almost certainly "be better with money." And you’ll have some new good habits to hold over that cousin who always tries to show you up. 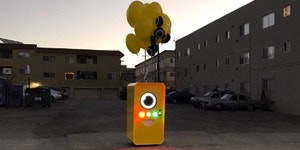 The only thing keeping Snapchat from world domination is Facebook, but that war is about to move to an IRL battleground as Snap Inc unleashes its first physical product: Spectacles. Actually, they’re releasing their first two physical products, because Spectacles are going to be available via vending machine. The vending machines will move around California — and maybe the country someday soon — dispensing Snap’s photo-taking glasses. It seems like a very old-school method of selling, but already videos and images are popping up showing people using the machines, so it’s really playing into the social angle of Snapchat. Plus, outlets are writing about the glasses and the way the glasses are being sold, so it’s working pretty well as a marketing ploy, too. Snapchat has a map of where the vending machines are on their site, so be on the lookout if you don’t want to be one of those lame people who buys things in a store.