In this week's Weekend Reads, can you boil down personal finance to one sentence -- and make sure it's actually helpful? Will Lego's new social network be the next Instagram, or the next Peach? And is Batman to blame for Comic Sans? 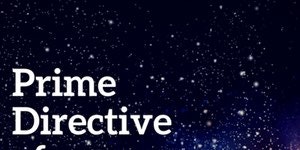 Every sci-fi fan knows the Prime Directive. It's one of the most famous parts of Star Wars (haha, just kidding. I know it's Star Trek. Please direct all angry tweets to @PolicyGenius). What if you could boil down your entire financial philosophy to a single phrase, too? People have tried, but you either get an index card that has more than one item, or you get something kinda useless like "spend less, save more." Well, Jim Wang over at Wallet Hacks might have done it with this simple phrase: "Avoid committing future funds to spending obligations; commit them to saving obligations." Basically, you commit to any sort of debts or payments you make, limiting your future self. Credit card debt is tying up your future money for things you probably didn't need in the first place. Retirement accounts come with a penalty if you don't wait until the proper time to withdraw. Wang notes that not everything follows this, as insurance is committed spending but is also really important, as are necessary bills. But that's okay, because if you've watched Star Trek, you know they break their Prime Directive like every other episode. So go be the Kirk or Picard of your finances and go where no man - or at least very few people - have gone before: To financial peace of mind. 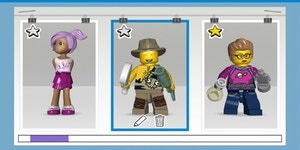 FortuneLego Has Built an Instagram-Style Social Network for Kids

Lego has been strangely successful in straddling the line between physical toys and technology. There are dozens of Lego video games with branded franchises like the Avengers and Star Wars, but Legos themselves still continue to sell like hotcakes. This new Instagram-style app seems to be walking that same fine line. It lets kids share and comment on photos of what they built, but the ultimate goal is to get them offline to then build more and share more. Pretty genius. Lego has done a lot of work to make the app safe and reduce the likelihood of trolls (kids can be mean!) so if Twitter is just a little too toxic for you, maybe Lego Life can be your new go-to platform for getting likes on those witty one-liners. 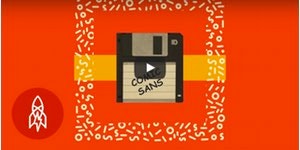 CNETBlame Batman and the Watchmen for Comic Sans

There are lots of protests going on these days, and they're about serious, potentially life changing topics. So why not get upset about something where the stakes are a little bit lower? Like, say, Comic Sans. Everyone knows that font, but not everyone loves it. It's widely derided among designers and even people with less of an eye for aesthetics. So what if you learned that everyone's least favorite type has its secret origins in a couple of the world's most popular, critically-acclaimed comic books? Vincent Connare, Comic Sans' creator, talks about how Watchmen and Batman were the inspiration for his infamous font. Blow off some steam by watching this short video this weekend. We could all use it.